A Bold Step toward the Elimination of Nuclear Weapons

The author is a Brazilian Ambassador, former United Nations High Representative for Disarmament Affairs; former Chairman of the Conference of the Parties to the Treaty on the Non-Proliferation of Nuclear Weapons; former President of the Board of Governors of the International Atomic Energy Agency. 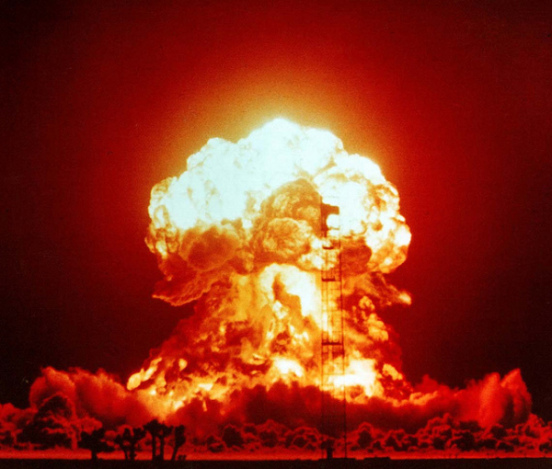 NEW YORK, Jun 7 2017 (IPS) - As previously announced, the President of the United Nations Conference for the negotiation of a Convention on the prohibition of nuclear weapons, Costa Rican Ambassador Elayne Whyte-Gómez, unveiled last 22 May the draft elaborated after the first part of those negotiations in March.

The text will now be debated at the Conference between June 17 and July 7 and the general expectation is that the final result will be adopted by consensus. The new Convention will then be opened to the signature of States.

Resolution no. 1 of the General Assembly of the United Nations, adopted in January 1946, had decided the establishment of a Commission charged with making specific proposals for the “elimination atomic weapons from national arsenals”.

The lack of concrete results over the 72 years of existence of the United Nations increased the frustration of the majority of the international community and finally led a group of countries to propose last October, for the first time in the history of the Organization, the negotiation of such a Convention. 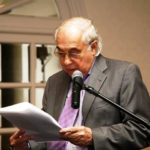 The importance of the humanitarian considerations that are at the root of the international movement favoring the elimination of nuclear armament is highlighted in the Preamble of the draft. The first few paragraphs recognize the “catastrophic consequences” and implications of any use of nuclear weapons.

This concern had already been expressed unanimously by the States party of the Treaty on the Non-Proliferation of Nuclear Weapons at the 2010 Review Conference of that instrument.

Next, the draft Preamble mentions the suffering of the victims of nuclear detonations, including those affected by tests carried out by the States that acquired such arms. Another important paragraph declares that the use of atomic weapons is contrary to the norms of International law, especially the principles and rules of humanitarian law which stem from custom, the principles of humanity and the dictates of public conscience.

The draft Convention states the decision of the States Party to the Convention to contribute to the realization of the purposes and principles of the United Nations and to act with a view to achieving further effective measures of nuclear disarmament and to facilitate the elimination of such weapons and the means of their delivery.

Special emphasis is given to the 8 July 1996 Advisory Opinion of the International Court of Justice that “there exists an obligation to pursue in good faith and bring to a conclusion, negotiations leading to nuclear disarmament”. This obligation is also expressed in Article VI of the Treaty on the Non-proliferation of Nuclear Weapons but up to now the possessors of nuclear weapons have not shown much interest in promoting such negotiations.

The draft Preamble goes on to reaffirm the “crucial importance” of the NPT, of the Comprehensive Test-ban Treaty (CTBT) and of the instruments that establish zones free of nuclear weapons.

Such expressions make abundantly clear that the Convention does not aim at disrupting the existing non-proliferation regime or at undermining its foundations but rather to reinforce it in order to promote the realization of longstanding objectives shared by the international community as a whole.

Articles 1 and 2 of the draft formulate clearly and objectively the basic obligations to be assumed by signatory States. The development, production, manufacture, possession and stockpiling of nuclear weapons and other nuclear explosive devices are among the banned activities.

The use of nuclear weapons is also prohibited, as well as the transfer of such weapons or devices to any recipient, besides their stationing, installation and deployment. The draft expressly reaffirms the provisions of the CTBT by prohibiting tests of nuclear weapons and any other nuclear explosions.

States Party to the Convention would commit themselves to formally declare whether they have manufactured or possessed nuclear weapons, or acquired them by any means after the date of 5 December 2001. The reasons for the choice of that date do not seem very clear.

The obligation to present such declarations is based on the precedent of the Chemical Weapons Convention but unlike the latter, however, the draft does not contain the obligation to destroy the weapons or devices that may appear in the declarations. In this sense, the Convention is not strictu sensu a “disarmament” treaty, but rather a means to reach that objective.

Article 3 deals with the safeguards to prevent diversion of nuclear energy used in peaceful applications to nuclear weapons or explosive devices as detailed in the Annex to the Convention. It is important to ensure that such safeguards are applied in conformity with the Statutes of the International Atomic Energy Agency (IAEA).

The elimination, mentioned in Article 4, before the entry into force of the Convention, of nuclear weapons manufactured, possessed or otherwise acquired would entail the obligation to cooperate with the IAEA in the verification of the completeness of the stocks of materials and nuclear installations.

This provision presupposes that the process of elimination of nuclear weapons must precede the entry into force of the Convention for each State Party. Article 5 introduces the possibility of presentation and consideration of proposals of complementary measures of nuclear disarmament, including the elimination, under verification, of remaining nuclear weapons.

States that possessed or hosted before 5 December 2001 that come to adhere to the Convention may avail themselves of this provision in order to propose such measures, to be examined by the biennial Meetings of the Parties established by Article 9.

In this way, the Convention would be permanently open to the inclusion of new Parties that wish to eliminate their nuclear armament and next accede to the instrument as they see fit. That would be a way to ensure that all Parties to the Convention have the same rights and obligations, thus avoiding an undesirable discriminatory character among them.

The remaining provisions of the draft are quite clear and should not raise much controversy. Article 6 follows the humanitarian inspiration of the Convention. According to Article 9, States not parties to the Convention may participate in Meetings and Review Conferences.

Their prerogatives and limitations in exercising that right should be clearly spelled out. An innovative provision in Article 13 promotes the universality of the Convention by calling upon its parties to “encourage” other States to ratify, accept, approve of accede to it.

Some of the possessors of nuclear armament and their allies have expressed in different ways their opposition to the negotiation of the Convention and contend that it will weaken the international non-proliferation regime. Article 19 attempts at responding to these concerns by affirming explicitly that the Convention does not affect the rights and obligations of the Parties under the NPT.

Mainstream media in the central countries in general has paid little or no attention to the process of negotiation of the Convention, although specialized publications have been examining the implications of the adoption of an instrument of this kind. World public opinion and civil society organizations, particularly in the former States and their allies, have an important role to play in ensuring the success of the Convention and its ability to become a universal, legally binding instrument of codification of the repudiation of nuclear weapons.

There is considerable expectation for the continuation of the negotiations among the many States and international organizations that participated in the first phase of the work of the Conference, last May. It is important that the final text is simple and objective and at the same time be inclusive and able to obtain widespread acceptance.