FAO, WFP reaffirm their commitment to working for Zero Hunger in the Middle East 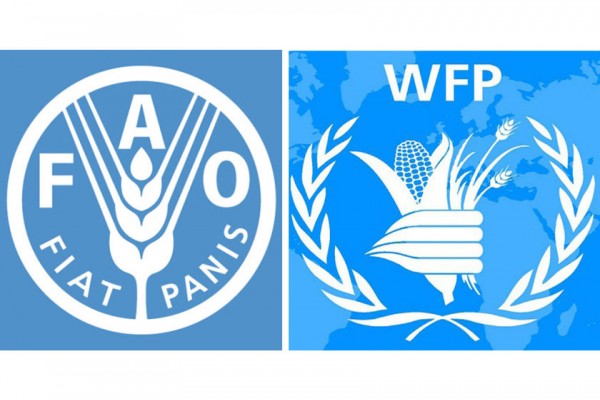 CAIRO, Oct 19 2017 - The United Nations Food and Agriculture Organisation (FAO) and the World Food Programme (WFP) have signed a partnership agreement to solidify joint efforts to combat hunger in the Middle East.

This accord comes at a time when hunger and undernutrition are on the rise again, affecting more than 30 million people across the region. The situation is being made worse by conflict, socio-economic and climatic shocks, affecting production and access to key resources.

Hunger and undernutrition are on the rise again, affecting more than 30 million people across the region. The situation is being made worse by conflict, socio-economic and climatic shocks, affecting production and access to key resources.
Together, FAO and WFP can draw on decades of expertise in the Middle East, working on improving the lives and livelihoods of millions of vulnerable people. For example, through a joint programme in Syria, FAO and WFP have enabled thousands of wheat farmers to restore their livelihoods and grow their own crops.

“This partnership between FAO and WFP is especially important in this area, considering that agriculture contributes almost 40 percent of the region’s jobs and income,” said Abdessalam Ould Ahmed, FAO Assistant Director and Regional Representative for the Near East and North Africa. “By pooling their expertise and resources, FAO and WFP can help people gain better access to secure food sources, improve their agricultural practices, and be better equipped to cope with conflict and crisis.”

The partnership underlines the agencies’ commitment to working together with UN member states towards the Sustainable Development Goal of Zero Hunger by 2030: this seeks to end hunger, achieve food security and improved nutrition, and promote sustainable agriculture.

“FAO and WFP have always worked hand in hand, but the rapid decline in food security over the last decade in the region requires a renewed and stronger commitment to work together to save lives and support the livelihoods of affected people across the region,” said Carlo Scaramella, WFP Deputy Regional Director for the Middle East, North Africa, Central Asia and Eastern Europe. “This partnership will target key areas such as food systems, nutrition, social protection and resilience, and help countries become more resilient to continuing crisis caused by a combination of conflict, economic shocks and changing weather patterns brought on by global warming.”