Good to Know (Perhaps) That Food Is Being ‘Nuclearised’ 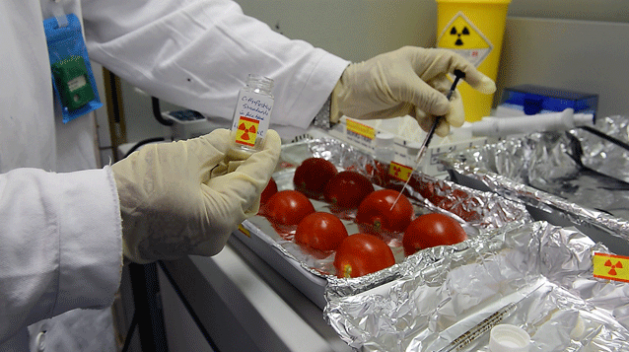 ROME, Nov 16 2017 (IPS) - It might sound strange, very strange, but the news is that scientists and experts have been assuring, over and again, that using nuclear applications in agriculture –and thus in food production—are giving a major boost to food security. So how does this work?

To start with, nuclear applications in agriculture rely on the use of isotopes and radiation techniques to combat pests and diseases, increase crop production, protect land and water resources, and ensure food safety and authenticity, as well as increase livestock production.

This is how the UN food and agriculture organisation and the UN atomic energy agency explain this technique, highlighting that some of the most innovative ways being used to improve agricultural practices involve nuclear technology.

Both the UN Food and Agriculture Organization (FAO) and the International Atomic Energy Agency (IAEA) have been expanding knowledge and enhancing capacity in this area for over 50 years.

One reason is that the global climate is changing, altering the frequency and intensity of extreme weather events and seriously impacting food security.

“Most developing countries are already subject to an enormous disease burden, and both developing and developed countries could be affected by newly emerging diseases. Making global agricultural systems resilient to these changes is critical for efforts to achieve global food security.”

The two UN agencies have been assisting countries to develop capacity to optimise their use of nuclear techniques to confront and mitigate impacts of climate change on agricultural systems and food security – nuclear techniques that can increase crop tolerance to drought, salinity or pests; reduce greenhouse gas emissions, and increase carbon sequestration from agricultural systems.

The results of “using nuclear sciences to feed the world” have led to some major success stories, they say. 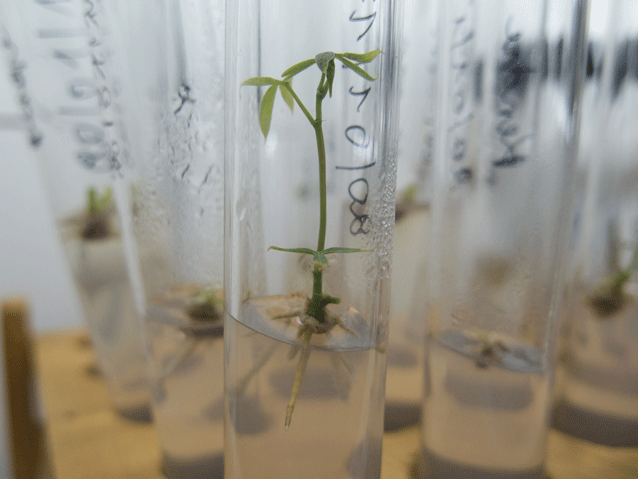 The agricultural sector uses nuclear and related technologies to adapt to climate change by increasing resource-use efficiency and productivity in a sustainable way. Credit: FAO

FAO provides the following seven examples of how nuclear technology is improving food and agriculture:

Nuclear and related technologies have made a difference in improving livestock productivity, controlling and preventing trans-boundary animal diseases and protecting the environment.

For example, Cameroon uses nuclear technology effectively in its livestock reproduction, breeding, artificial insemination and disease control programmes. By crossing the Bos indicus and the Bos taurus (two local cattle breeds), farmers have tripled their milk yields – from 500 to 1 500 litres – and generated an additional 110 million dollars in farmer income per year.

Another programme has dramatically curbed the incidence of Brucellosis, a highly contagious zoonosis, or disease that can be transmitted from animals to humans who drink unpasteurised milk or eat undercooked meat from infected animals.

Nuclear techniques are now used in many countries to help maintain healthy soil and water systems, which are paramount in ensuring food security for the growing global population.

For instance, in Benin, a scheme involving 5 000 rural farmers increased the maize yield by 50 per cent and lowered the amount of fertiliser used by 70 per cent with techniques that facilitate nitrogen fixation.

Similarly, nuclear techniques allow Maasai farmers in Kenya to schedule small-scale irrigation, doubling vegetable yields while applying only 55 per cent of the water that would normally be applied using traditional hand watering.

The technique suppresses and gradually eliminates already established pests or prevents the introduction of invasive species – and is safer for the environment and human health than conventional pesticides.

The governments of Guatemala, Mexico and the United States have been using the SIT for decades to prevent the northward spread of the Mediterranean fruit fly (medfly) into Mexico and USA. 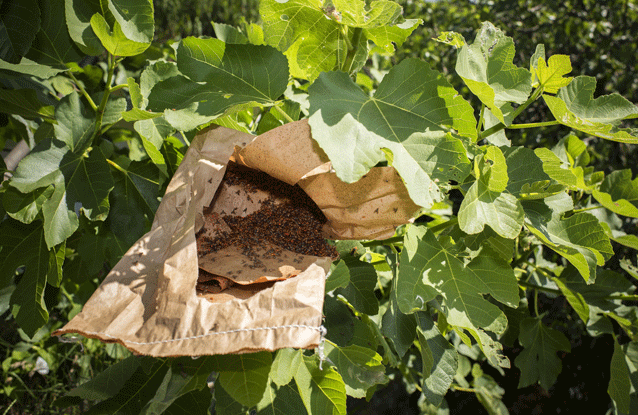 Food safety and quality control systems need to be robust at the national level to facilitate the trade of safe food and to combat food fraud, which costs the food industry up to 15 billion dollars annually.

Nuclear techniques help national authorities in over 50 countries to improve food safety by addressing the problem of harmful residues and contaminants in food products and to improve their traceability systems with stable isotope analysis.

For example, scientific programmes in Pakistan, Angola and Mozambique now enable the testing for veterinary drug residues and contaminants in animal products.

Already some 50 Pakistani food production and export institutions benefit from the new laboratory testing capabilities, which help ensure they meet international food standards and boost the country’s reputation in the international food trade.

Radioactivity is present in everything that surrounds us – from the sun to soil. But should a nuclear incident or emergency happen, an understanding of the movement of radioactivity through the environment becomes crucial to prevent or alleviate the impact on agricultural products.
.
During the 2011 nuclear emergency in Japan, FAO and IAEA compiled an extensive and authoritative database on food contaminated with radioisotopes. This database supported the information exchange and facilitated appropriate follow-up actions to protect consumers, the agri-food sector and the world at large.

The agricultural sector uses nuclear and related technologies to adapt to climate change by increasing resource-use efficiency and productivity in a sustainable way.

The nuclear-derived crossbreeding programme in Burkina Faso is a great example of helping farmers to breed more productive and climate-resistant animals. It is underpinned by genetic evaluations in four national laboratories, with scientists also able to use associated technology to produce a lick feed that provides the bigger, more productive livestock with the nutrients they need.

In recent years, farmers in northern Bangladesh have been using a fast-maturing mutant rice variety called Binadhan-7. This variety ripens 30 days quicker than normal rice, giving farmers time to harvest other crops and vegetables within the same season.

Now that you know that food has been “nuclearised”… enjoy your meal!