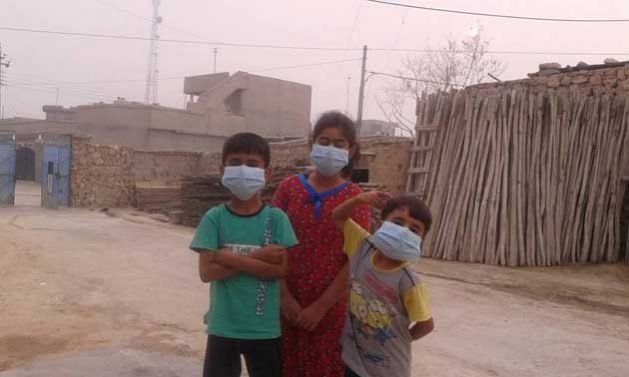 Amongst all of this death and destruction, there is an often-overlooked victim whose harm has far reaching consequences: The environment.

Whilst Iraq’s environment has suffered from degradation due to conflict for decades, in recent years it has been exacerbated due to the so-called Islamic State (ISIS).

“Wherever ISIS has been there has been huge environmental destruction and with that have come potentially major health threats to the public,” says Wim Zwijnenburg, a lead researcher at the dutch not-for profit, PAX.

Over the past two years, PAX has used public satellite images, social media and first-hand field research to track the environmental damage and the subsequent risk to public health in the northern parts of Iraq.

The findings are outlined in the report, ‘Living Under a Black Sky: Conflict Pollution and Environmental Health Concerns in Iraq.’

The report focuses heavily on ISIS’s destruction of oil refineries which were a signature move in their ‘scorched earth’ strategy.

In 2014, the group took control of the Qayyarah oil field and the Baiji Oil refinery, the latter being the nation’s largest, producing more than a third of Iraq’s domestic oil production. In both cases, Iraqi forces retook the facilities, but not before ISIS set fire to oil wells as they retreated. 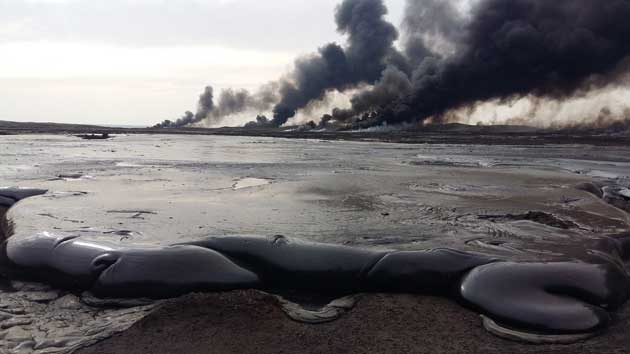 “When we were there, there were burning oil slicks still flowing from oil wells,” Zwijnenburg said about his visit to the Qayyarah region last year. “I wanted to walk around to see more but had to wear a gas mask, you could already feel how the smoke affected young lungs.”

“We saw lakes that were full of solidified crude oil, that had spilt form the wells, and there were white sheep covered in black soot. It was surreal and apocalyptic.”

In each of these attacks, the threat to public health is substantial.

“The fires (from these oil wells) have burnt for months, releasing huge amounts of toxic residue into the air that people in the area – some people haven’t left, some can’t leave, some are returning – those people are inhaling this toxic air,” Zwijnenburg told IPS.

In the case of the Qayyarah, the Iraqi oil ministry estimates that about 20,000 cubic meters may have been released into the environment and haven’t been cleaned up yet.

In April 2017, the PAX team in conjunction with the United Nations Development programme (UNDP) conducted a survey with over twenty women from affected local communities about their concerns over the oil pollution in Qayyarah.

One of the participants voiced her worry for inter-generational health consequences.

“Locals have been suffering from burns, deformations and countless disability cases. Human genes are also affected due to the use of chemical weapons and the burning of oil wells and military remnants. The gene mutations will result in having more birth defects.”

Aside from oil pollution, the PAX report also highlighted the human health risks from what it called ‘urban damage’. That is, the dangerous amounts of toxic chemicals realized from damaged industrial sites and abandoned weapons facilities. 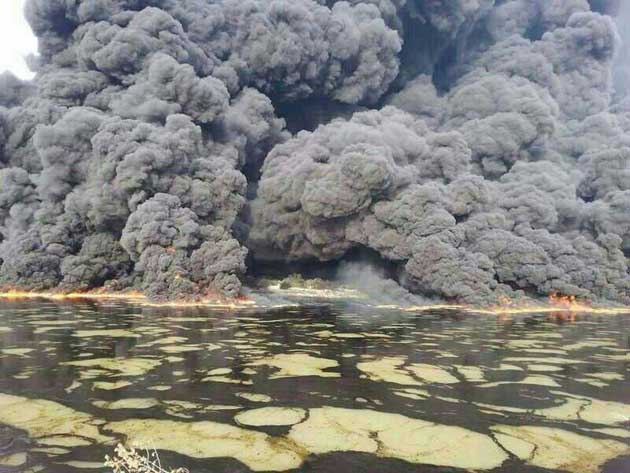 There has been extensive PCB (Polychlorinated biphenyl) contamination in Mosul, due to damage to the city’s electricity network. Similarly, the city has recorded extensive sulphur contamination, from when ISIS bombed a 50,000 ton stockpile of the toxin. That attack released some 6 million tons of the substance into the air, leaving 20 people dead and hundreds hospitalized.

These other pollutant concerns are not surprising, as even before the ISIS conflict, Iraq was named the world’s most contaminated country.

It continues to see high levels of radiation and other toxic substances flow into its environment – all left over from previous conflicts such as the Gulf War.

So the question now is, how to clean up the region?

In a statement to IPS, Dr. Zaid Noori, an ambassador of Iraq in Nairobi, admitted that “Iraq is an environmental disaster” and that the Iraqi government needs help in cleaning up affected areas.

“The Government is doing all it can to remedy the situation, but due to the great amount of damage, pollution and contamination Iraq is seeking support and assistance from the international community and UN agencies to ensure clean and habitable environment to civilians in the liberated areas,” the statement read.

The PAX report similarly noted that Iraq would not likely be able to clean up the pollution and manage health fallouts alone.

“It really needs to be an international effort,” says Zwijnenburg. “We should have States pledging and proving funding and expertise to relevant UN organizations such an UN Environment, UN Habitat and UNDP – all of who are working with the Iraqi government.”

Currently, the UN Environment Programme (UNEP) is concentrating much of its efforts in Mosul, cleaning up ‘urban damage’.

There is no current international effort to clean up the regions oil pollution.

Erik Solheim, head of UN Environment, told IPS that it is regrettable that environmental recovery work is not taken more seriously in reconstruction efforts.

“If environmental recovery work is built into the wider reconstruction effort – which it should be – recovery can and will happen in Iraq,” he says. “Now is the time for donors to make that investment, because we can’t afford to push it to one side.”

Zwijnenburg agrees. “Environment disasters like this are not always the top priority in recovery,” he says.

“The people living here know that and they’re concerned that as the fires die down, as time passes, that that their cause will be forgotten.”