Stories written by Will Higginbotham 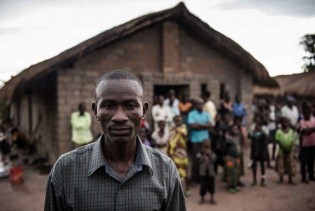 By Will Higginbotham
Conflicts have uprooted millions across several African nations and we must not forget them, said a human rights group. Norwegian Refugee Council’s (NRC) timely message was published through their annual list of the worlds most neglected displacement crises.

By Will Higginbotham and Tharanga Yakupitiyage
Reham Qudaih wakes up nightly to the same nightmare: her father shot, lying on the ground in a pool of blood. “In my dreams he is on the ground shot. When I have that dream – which I’ve had more than once I wake up screaming,” she told the Norwegian Refugee Council (NRC).

By Will Higginbotham
Buoyed on by the likes of United States’ President Donald Trump, a growing number of political leaders are encouraging hostility towards news media and journalists across the globe are finding it harder than ever to do their jobs. This is among the main findings in Reporters Without Borders’ (RSF) annual World Press Freedom Index which examines 180 countries and their relationship with the media.

By Will Higginbotham
More than 200 child soldiers were released by armed groups in war-torn South Sudan, and help will be needed to ensure their safe and bright future, according to a UN agency. The release took place in Western Equatoria State and follows a similar release last month that saw 300 children freed.

By Will Higginbotham
As global citizens face an array of issues from unemployment to discrimination, affecting their livelihoods and potential, a UN agency called upon businesses to employ a new, sustainable, and inclusive model that benefits all.

By Will Higginbotham
How many people know where their gold and diamond jewelry comes from? How many people consider the human cost of its production?

By Will Higginbotham
It is not known exactly how many child soldiers there are in the world, but current estimates tell us that in 2018, the number is likely to be in the tens of thousands.

By Will Higginbotham and Tharanga Yakupitiyage
More than 200 million women around the world have experienced some kind of female genital mutilation (FGM) and more could be at risk, a UN agency said.

By Will Higginbotham
In Iraq, thirty years of armed conflict has killed hundreds of thousands of people, wounded countless more, displaced millions and laid cities and towns to waste.

By Will Higginbotham
What would life be like without access to a toilet? What if our waste was not properly disposed of?
ADVERTISEMENT ADVERTISEMENT