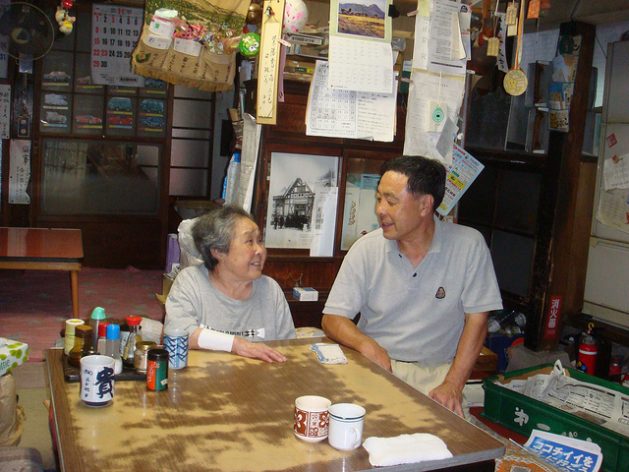 UNITED NATIONS, Apr 2 2018 (IPS) - While much of the global discussion for decades has been focused on overpopulation and its consequences, less can be said of the risks of low fertility and an ageing population—risks that are currently threatening the future of Japan.

One such group is the Asian Population Development Association (APDA), that serves as the Secretariat of the Japan Parliamentarians Federation for Population (JPFP) and is dedicated to research and studying population-related issues in countries such as Japan where limited work and research has been done around the issue.

“While population increase has been the overriding global concern, the risks of low fertility and ensuing population decline were not foreseen until recently. Thus it is understandable that no research has been done, nor has any thought been given from the government,” said Chair of the APDA Research Committee on Ageing Kei Takeuchi during a meeting.

The Young, the Old, and the Restless

Though the decline in fertility rates is not a new phenomenon, the East Asian nation has seen its population rapidly diminish in recent years.

Today, Japan’s birth rate is 1.44 children per woman leading to the population declining by one million in the past five years alone.

“As the population aged 18 years old is decreasing, the number of universities needs to be reduced, which will limit the number of new academic posts, lack the opportunity to cultivate researchers, and diminish Japan’s competitiveness in the international arena,”

This means less revenues and higher expenditures for the government, less funds for pensions and social security, and an even weaker economy.

Chair of the Asian Population and Development Association Yasuo Fukuda, a former Prime Minister of Japan noted that a dwindling population is not bad in and of itself but rather its rapid decline.

“The true problem is that when the population decreases too drastically, the social systems will become unsustainable and incapable of responding to problems associated with it, which will make it harder for young people to develop concrete visions for their future,” he said.

Are the Kids Alright?

One of the factors that is often considered to be a driving force of lowering fertility is urbanization, APDA said, as urban fertility rates are often lower than those in rural areas.

This is often because urban areas tend to boast better access to services such as education and employment as well as gender equality, all of which affect people’s decisions whether or not to have children.

Japan is one the most densely urbanized countries in the world.

Japanese rural towns are disappearing at a rapid rate as young adults move to cities for work and the ageing population either moves out or dies out. Wild boars are now found to be taking over the abandoned areas.

However, the correlation between urbanization and fertility is still unclear due to different contexts and data limitations.

Many have also pointed to the lack of opportunities for young people in the country.

Though the unemployment rate is below 3 percent, the rise in unstable employment may be leaving young men and women unable or unwilling to have children.

Approximately 40 percent of Japan’s labor force is “irregular,” or have temporary or part-time jobs with low salaries. According to the Labor Ministry, irregular employees earn 53 percent less than those with stable jobs.

Men, who are still considered breadwinners for the family unit, may therefore be less likely to consider getting married or having children because they can’t afford to do so.

On the other end of the spectrum, Japan’s culture of overwork may also be impacting birth rates as young people find themselves with no time for a social life or even basic needs like sleeping or eating.

Such conditions have even led to “karoshi,” or death by overwork, across the country.

Most recently, journalist Miwa Sado died of a heart failure and investigators found that she had logged 159 hours of overtime work in June 2013 alone, one month before she died.

Both deaths were ruled as “karoshi.”

Due to the lack of data around the issue, APDA highlighted the need to promote research in order to help create and implement policies to ensure sustainable development and a stable, healthy population.

Shinzo Abe’s government has begun working on the issue in recent years, promising to raise the fertility rate to 1.8 by 2025.

They have also taken steps to make it easier for people to raise children by providing free education, expanding nursery care, and allowing fathers to take paternity leave. Local governments have even set up speed-dating services across the country.

However, Abe’s administration has been criticized for not doing enough, particularly around labor reform.

The APDA team also pointed to the need to invest in and revitalize regional areas and communities.

“This is a serious situation. We must come to grips with the issue of low fertility, but there is little research on it,” Takeuchi said.

APDA plans to hold several meetings and events in order to raise awareness and widen coverage on the issue of low fertility.