A scene from the film Rafiki, which was banned in Kenya. Photo courtesy of the Cannes press office.

CANNES, France, May 19 2018 (IPS) - The usual big-name directors were absent this year from the Cannes Film Festival in southern France, creating space for cutting-edge films from Asia, Africa, small European states, and the Middle East.

Most of these films put the focus squarely on stories about outsiders, highlighting issues of exclusion, disability, racism and gender inequality (including in the film industry). The result was a festival with some of the most engaging movies in the last five years, alongside the trademark glitz.

The winners in the two main categories of the event, which ran from May 8 to 19, exemplified the concentration on the underdog. Manbiki Kazoku (Shoplifters) by Japanese director Kore-Eda Hirokazu won the Palme d’Or top prize, from among 21 films, while Gräns (Border), by Iranian-born Danish director Ali Abbasi, was awarded the Un Certain Regard Prize, beating 17 other movies. The latter category recognizes films that stand out for their originality, and many critics agreed Gräns was remarkable.

“We feel that out of 2,000 films considered by the Festival, the 18 we saw in Un Certain Regard, from Argentina to China, were all in their own way winners,” stated the jury, headed by Puerto-Rican actor Benicio Del Toro.

“We were extremely impressed by the high quality of the work presented, but in the end we were the most moved by … five films” (including Gräns), the jury added

Full of suspense, Abbasi’s movie tells the story of a “strange-looking” female customs officer who has a gift for spotting, or sniffing out, travellers trying to hide their contraband and other secrets, and it takes viewers on her journey to discover who she really is.

We see her experiencing verbal abuse from some travellers, and we slowly discover the exploitation she and people like her have suffered, while also learning about her origins, and seeing her fall in love and deal with appalling crime.

Based on a short story by Swedish writer John Ajvide Lindqvist, and with superb acting, the film combines romance, dark humour and the paranormal to deliver a subtle message about the treatment of people who are different and society’s behaviour towards those most vulnerable, among other subjects.

A second film that won a major award in the Un Certain Regard category also dealt with “difference” and the acceptance of one’s individuality. Girl by Belgian director Lukas Dhont is a first feature about a boy who dreams of becoming a ballerina, exploring the journey of a trans-teen with a passion for dance. Victor Polster, the 15-year-old actor who plays the title role with poignant credibility, won the best actor award, while Girl also won the competition’s Caméra d’Or prize for best first film. 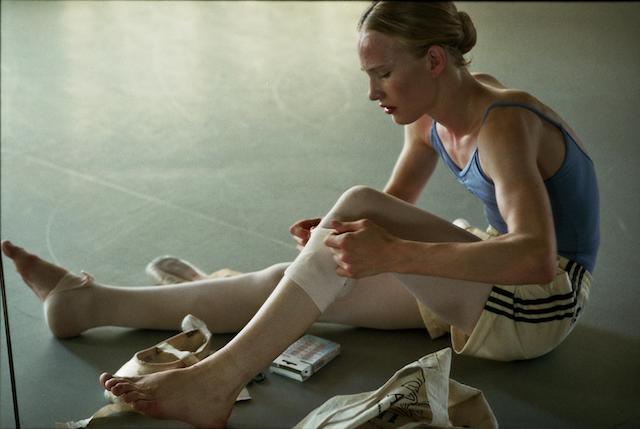 A scene from the film Girl. Photo courtesy of the Cannes press office.

However, Rafiki (Friend), a movie that some critics expected to receive a prize, had to be satisfied with the extended standing ovation it received from viewers at the festival. The film – about love between two young women – is banned in Kenya, despite being the first Kenyan film selected for screening at the festival.

Director Wanuri Kahui said she was moved by the appreciation the film received, telling reporters that people are eager to watch a “joyful” and “modern” African movie, away from the stereotypical images of poverty and disaster.

Regarding the ban, she tweeted in April: “I am incredibly sorry to announce that our film RAFIKI has been banned in Kenya. We believe adult Kenyans are mature and discerning enough to watch local content but their right has been denied.”

Apart from the Palme d’Or winner (about a family of shoplifters), the films that generated widespread buzz in the main competition included Arabic-language Yomeddine, directed by Cairo-born A.B. Shawky, and featuring a leper in Egypt, and BlacKkKlansman, by African-American director Spike Lee, which won the Grand Prix, the second highest honour at the festival. 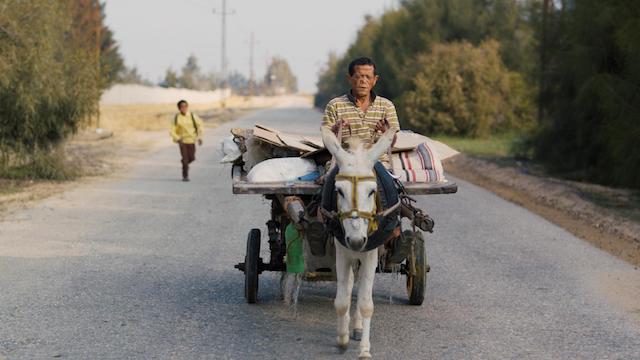 A scene from the film Yomeddine. Photo courtesy of the Cannes press office.

Yomeddine stood out for its choice of subject and for portraying and employing persons with disabilities. Viewer and British actor Adam Lannon called the film “beautiful and brilliant”, adding that it was “excellent” to see “actors with disabilities working on screen”.

The film’s main character, Beshay, is a man cured of leprosy, but he has never left the leper colony where he has been placed by his family since childhood. When his wife dies, he sets out in search of his roots, with his loyal donkey. He is soon joined by an orphan boy named Obama, whom he has been protecting, although he would rather have been alone.

What follows is an uplifting road movie across Egypt, with a series of tear-jerking encounters on the way and echoes of “Don Quixote”. Shawky’s first feature has some flaws in that certain elements seem too predictable, but he scores overall with his appeal for humanity and inclusion. 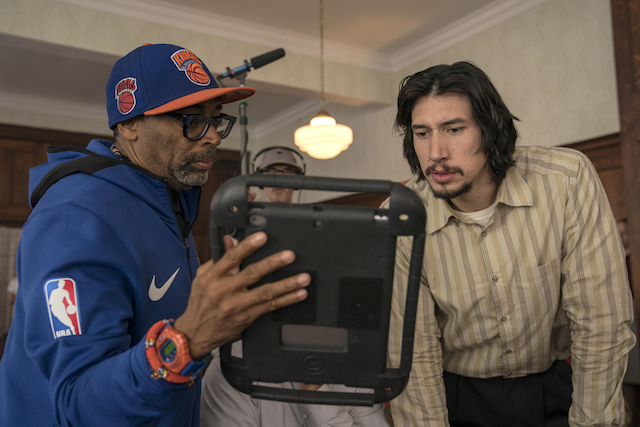 The director Spike Lee on the set of his film BlacKkKlansman. Photo courtesy of the Cannes press office.

For Spike Lee, anger at racism comes across clearly in his latest film, which is the story of a real-life African-American policeman who managed to infiltrate the local Ku Klux Klan in Colorado. Lee incorporated recent events in the United States in the movie, particularly the killing of Heather Heyer as she protested a white-supremacist gathering in Charlottesville.

At his main Cannes press conference, Lee slammed the current U.S. administration, in a speech full of expletives. “We have a guy in the White House … who in a defining moment … was given the chance to say we’re about love and not hate, and that (expletive deleted) did not denounce the Klan,” he told journalists.

Gender issues were also raised at the festival, with the #MeToo and #TimesUp movements never far from movie-watchers’ consciousness, as is the global scarcity of female directors. Only one film directed by a woman (The Piano by Jane Campion) has ever won the Palme d’Or, and women have long been underrepresented at the directorial level.

During the event, 82 women working in the movie sector took over the famous red-carpeted stairs to protest that inequality. Their number was an indication that since the Cannes festival officially began in 1946, following World War II, just 82 movies by women directors have been selected for competition. In contrast, 1,645 films by male directors have been chosen.

Led by the five women on this year’s competition jury, including jury president Cate Blanchett and American director Ava Duvernay, the protest coincided with the screening of Les Filles du Soleil (Girls of the Sun), a movie by French director Eva Husson about a group of female fighters in Kurdistan.

This was just one of several protest events. A few days later, black women working in the French film industry also denounced the lack of quality roles. Sixteen women who have contributed to a book titled Noire n’est pas mon metier (Being black is not my profession) made their voices heard on the red carpet.

“We’re here to denounce a system that has gone on too long,” said Senegalese-born French actress Aïssa Maïga, who described how black actresses tended to be cast only in certain roles.

Among the three women directors in the main competition, Lebanese filmmaker Nadine Labaki took home the biggest award – the Prix du Jury for Capharnaüm, about a boy who sues his parents for bringing him into the world.

In a moving speech, Labaki called for everyone to do more to protect children and ensure their education. “A loveless childhood is the root of all suffering in the world,” she said.

By the time the festival wrapped up with a performance from singers Sting and Shaggy on May 19 (the same day as the Royal Wedding in England), it seemed that both filmmakers and the public were yearning for lasting change, and different stories.