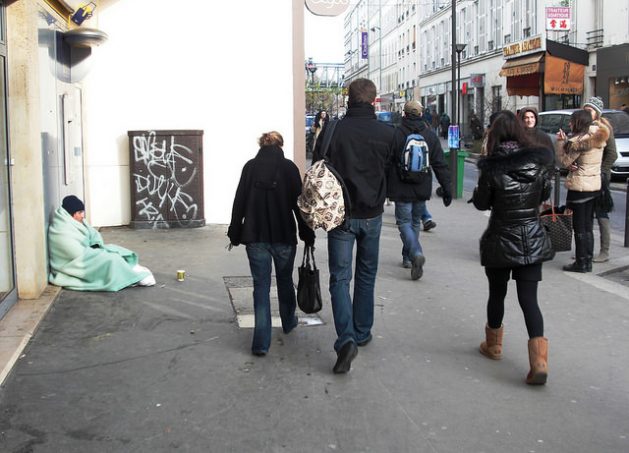 SYDNEY and KUALA LUMPUR, Nov 21 2018 (IPS) - Economic inequality – involving both income and wealth concentration – has risen in nearly all world regions since the 1980s. Gross economic inequalities moderated for much of the 20th century, especially after World War Two until the 1970s, but has now reached levels never before seen in human history.

No more inclusive prosperity
The World Inequality Report 2018 found that the richest 1% of humanity captured 27% of world income between 1980 and 2016. By contrast, the bottom half got only 12%. In Europe, the top one percent got 18%, while the bottom half got 14%.

OXFAM’s Reward Work, Not Wealth reported that 82% of the wealth created in 2016 went to the richest 1% of the world population, while the 3.7 billion people in the poorer half of humanity got next to nothing.

2016 saw the biggest increase in billionaires in history, with a new one every two days. Billionaire wealth increased by $762 billion between March 2016 and March 2017, with OXFAM noting, “This huge increase could have ended global extreme poverty seven times over”.

The latest World Inequality Report warns, “if rising inequality is not properly monitored and addressed, it can lead to various sorts of political, economic, and social catastrophes”.

Growing inequality undermining progress
Alexis de Tocqueville believed that democracies with severe economic inequality are unstable as it is difficult for democratic institutions to function properly in societies sharply divided by income and wealth, especially if little is done to redress the situation, or if it worsens.

De Tocqueville also maintained that there cannot be real political equality without some measure of economic equality. Poor citizens would not enjoy the same access to political and policy influence as the wealthy enjoy much more influence.

For Amartya Sen, the poor’s ‘substantive freedom’ or ‘capability’ to pursue goals and objectives is circumscribed. Those with more power not only block progressive redistribution, but also shape rules and policy to their own advantage.

For Robert Putnam, economic inequality also impacts civic norms, such as ‘trust’, critical for political legitimacy. Growing inequality exacerbates the sense of unfairness about a status quo run by and for wealthy plutocrats.

Populism threatens multilateralism
Thus, de Tocqueville was concerned that growing inequality would gradually erode the ‘quality’ of democracy, even in high-income societies. The rise of ‘plutocratic populism’ has contributed to the latest identity politics in the US and Europe.

Public discourses and the media have blamed the ‘other’ – immigrants and the culturally different – for growing social ills. Thus, plutocrats often succeed in satisfying ‘their people’ with privileges and ‘rights’ in contemporary modes of ‘divide and rule’.

With the media, they often obscure plutocracy’s rule, sometimes even justifying its worst features, e.g., legitimizing high executive remuneration as ‘just rewards’ as tycoons secure generous tax breaks and investment incentives, at the expense of social spending and public services for all.

In today’s ‘winner-take-all’ economy, those on top successfully lobby for and secure lower taxes. Nonetheless, they indignantly denounce budget deficits as irresponsible and inflationary, threatening the value of all financial assets.

America divided
In the United States, the income share of the top 1% is now at its highest level since the Gilded Age, on the eve of the Great Depression. Meanwhile, the bottom half of Americans has captured only 3% of total growth since 1980. Disparities are reaching levels never before seen in the modern period.

Meanwhile, legislative and other reforms as well as judicial appointments have stacked the legal system even more heavily against those with little power or influence. A recent survey found more than 70% of low-income American households had been involved in civil legal disputes in the previous year, such as eviction and employment law cases, with more than 80% lacking effective legal representation.

Lack of attention to those down and out has worsened the sense of abandonment and exclusion. Many Americans, especially in depressed regions, have become disillusioned and alienated, but also more susceptible to chauvinist politicians promising protection against ‘the other’, imports and immigrants.