This article is part of a series on the state of civil society organisations (CSOs), which is the focus of International Civil Society Week (ICSW), sponsored by CIVICUS, and currently taking place in Belgrade, concluding April 12. 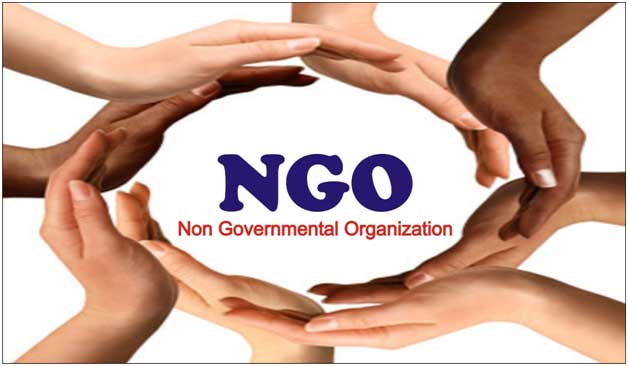 UNITED NATIONS, Apr 10 2019 (IPS) - A former UN Secretary-General, the late Kofi Annan, once described civil society organizations (CSOs), as “the world’s new superpower” – perhaps ranking behind the US and the former Soviet Union.

But that political glory has continued to diminish over the years– and more so — against the current backdrop of repressive regimes, hard right nationalist governments and far right extremist groups.

Perhaps the most virulent attacks on the civic space of CSOs—also known as non-governmental organizations (NGOs) — are largely on their attempts to provide protection and security to migrants and refugees in the “dangerous crossings,” from North Africa across the Mediterranean Sea and the Mexico/US border.

“There are now serious restrictions in civic space on every continent,” says the annual State of Civil Society Report 2019, released last week by the Johannesburg-based CIVICUS.

And it singles out the Italian government’s decision to impose a hefty fine on one of the world’s best-known humanitarian organisations, Médecins Sans Frontières (MSF), while also freezing their assets, impounding their rescue vessel and investigating their staff for human trafficking…in retaliation for their efforts to save refugees from drowning in the Mediterranean Sea.

There were also instances of civil society activists being charged, tried and convicted in the United States for providing water supplies for migrants crossing the deadly Sonoran desert on the US/Mexico border.

As these attacks continue, international institutions are “struggling” to help shore up these NGOs because these institutions, including the United Nations, are “hamstrung by the interests and alliances of powerful states.”

The report points out these institutions did little to respond to the great challenges of the day– failing to fight overwhelming inequality and also were largely silent on human rights abuses of states such as Saudi Arabia and Sudan while letting down the people of Syria and the Rohingyas of Myanmar, among many others.

Still, both the UN High Commissioner for Human Rights Michelle Bachelet and the Geneva based Human Rights Council (and its 38 human rights experts – officially called Special Rapporteurs) – have taken the lead in singling out abuses worldwide. In early March, Bachelet expressed concern about the possible approval by the Guatemalan Congress of a bill amending the Law on Non-Governmental Organizations for Development—a move aimed at limiting the work of human rights defenders and civil society in general.

The draft bill included requirements and administrative controls for national and international NGOs that in practice could be applied in a discretionary or arbitrary manner to limit the exercise of CSOs.

“I regret that Congress has continued with the process of approving this amendment despite its inconsistencies with international human rights standards, and despite the technical advice provided by my Office, and serious concerns expressed by UN independent experts and civil society,” Bachelet said.

The draft bill narrows the definition of NGOs, limiting their scope in a way that may constrain the rights to freedom of assembly, association and expression.

To obtain authorizations, NGOs would need to go through a complex registration process with several different state institutions, and the criteria for granting, rejecting or revoking those authorizations are not specified in the bill, according to the office of the High Commissioner.

Asked if there is a role either for the United Nations or its member states to protect CSOs under attack, Mandeep Tiwana, Chief Programmes Officer at CIVICUS,told IPS the UN is making some efforts to put the issues of attacks on CSOs and activists in the spotlight.

In December last year, he said, the President of the UN General Assembly, in a symbolic event, awarded the UN human rights prize to three civil society activists and an organisation dedicated to the protection of human rights defenders.

The UN Secretary General has a designated senior official to lead efforts within the UN system to address intimidation and reprisals against those cooperating with the UN system.

And, he said, the Office of the High Commissioner for Human Rights and UN Women regularly champion the work of CSOs and women human rights defenders respectively.

“However, in light of the growing restrictions on civic space, around the world, and even at the UN itself, these efforts are often not enough,” complained Tiwana.

This is in part because the UN itself is also under pressure from (undemocratic) governments that restrict civil society at home, and wish to do so at the UN as well.

He said the CIVICUS Monitor, a participatory platform that measures civic freedoms finds that only 4% of the world’s population live in countries where the freedoms of expression, association and peaceful assembly are adequately protected.

These are necessary for a healthy and enabled civil society and enshrined in international law.

“Our 2019 State of Civil Society Report points out, that the UN is hamstrung by the actions of powerful states that refuse to play by the rules including the US, China and Russia”.

In 2018, for example, Bahrain, Bangladesh and Eritrea, joined the UN Human Rights Council.

And over 60% of the UNHRC members are states with serious civic space restrictions that don’t respect civil society rights. In doing so, they are making decisive action less likely.

Second, states are withdrawing from international institutions and agreements, with the US withdrawing from the Paris Agreement on Climate and undermining UN resolutions on Palestine and the Occupied Territories.

Philippines has pulled out of the International Criminal Court (ICC) in a bid to avoid international accountability for widespread human rights violations including attacks on civil society.

In 2018, the new Global Compact for Migration also saw a string of states with hardline migration policies pull out between the agreement of the deal and its signing.

Third, rogue leaders are bringing their styles of personal rule into international affairs, ignoring existing institutions, agreements and norms, acting as unilateral strongmen or striking bilateral deals with other hardmen, undermining multilateralism and making it harder to scrutinise their actions, Tiwana noted.

Potentially everything seems up for negotiation and nothing can be assured at the international level, even the 70-year-old international human rights norms that underpin civil society action, he warned.

The writer can be contacted at thalifeen@ips.org