Mette Frederiksen is a Danish Social Democrat politician. She has been a member of the Folketing, the parliament of Denmark, since 2001, and served in Helle Thorning-Schmidt's government as Minister of Employment from 2011 to 2014.

COPENHAGEN, May 27 2019 (IPS) - Immigration policy has divided the people of Denmark for many years. There are few other areas where the fronts are drawn so divisively and where arguments become attacks.

Maybe this is understandable? Immigration policy plays an important part when it comes to defining the country we want to be. There are deeply held emotions at stake. And more and more people are experiencing for themselves what happens when integration fails. 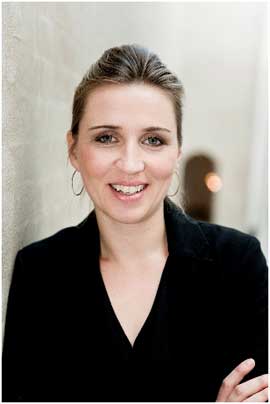 When it comes down to it, the Social Democrats do not believe the people of Denmark are as divided on this issue as one might think. We want to help refugees. That is our duty as a compassionate country.

We also agree that there are limits when it comes to the number of immigrants that can be integrated into our country. And it is crucial to ensure that integration is improved. Why, then, is this so very difficult?

Maybe we Danes have been too quick to judge one another? But not wishing to see your country undergo fundamental change does not make you a bad person. And wanting to help other people to improve their lives does not mean you are naive. The vast majority of us want to do both – we want to help more people, and we want to take care of our country.

This may be a difficult task, because Denmark and the world are facing a genuinely difficult situation. A new situation. Record numbers of refugees are on the move.

We are also seeing increasing numbers of people who are not fleeing war or civil unrest, but who – understandably enough – are seeking to make better lives for themselves in our part of the world. Climate change will force more people to relocate. And add to that the fact that the population of Africa is expected to double by about 2050.

In Denmark, the population has changed rapidly in a short time. In 1980, 1 per cent of the Danish population was of non-Western origin. Now, that figure stands at 8 per cent. This development has come about in just one generation.

Danish society is benefiting greatly from the contributions made by many of the people who have come here over the years. People who have learnt Danish, who have jobs, who share our values and who, quite simply, are now Danish. But unfortunately, too many people have come to Denmark without becoming part of Denmark.

It is not a temporary challenge that we face. This challenge is here to stay. It places pressure on our welfare model, our high levels of equality and our way of life.

We have disagreed on matters over the years, even major issues. But Denmark is at its best when we compromise and move forward together. Compulsory education. The state pension. Free access to health services for all.

None of these decisions has been forced through by a narrow majority and a divided population. That is why they still stand today. And we need the same kind of decisions when it comes to immigration.

We have to rise above the daily discussions. Shine a spotlight on what we aim to achieve. Spend more time thinking about what is both realistic and fair, rather than considering what is in the short-term interests of the parties. In short, what we need is an immigration policy to unite Denmark.

So, in 30 years’ time, we will be able to look back on our generation of citizens and decision-makers and say that we resolved the challenge of our age. That when faced with major dilemmas, we struck the right balance between taking responsibility in the world, and taking responsibility for Denmark.

Make no mistake, we cannot help everyone here in Europe and in Denmark. But equally, refugees must be helped. Conditions in the very poorest parts of the world must be improved at a fundamental level so that people do not seek happiness elsewhere. We cannot turn our backs on the world, nor do we wish to.

That is why we need a comprehensive, long-term plan.

This is the message we want to put forward with this proposal. We present what we feel is the ideal solution. Some elements cannot be implemented straight away, but everything begins with resolve and the will to do something. And we have that. Our proposal consists of three elements:

Numbers matter. Denmark must take back control. We want to impose a limit on how many non-Western immigrants are allowed into Denmark each year. So that our residential areas, schools and places of employment can keep up. So that we have a genuine opportunity to integrate the people who come here. So that they learn the language, find jobs and come to adopt our basic values.

And we have a proposal on how we can enforce such a limit in purely practical terms while also operating in compliance with international conventions. We want to change our asylum system and set up a reception centre outside Europe. In the future, it will only be possible for UN refugees to be granted asylum in Denmark.

We have to help more people. At the moment, the weakest people are being left to fend for themselves – the people who are unable to flee, or who cannot afford to. The people who are most in need of help. That is not fair.

We must never accept people drowning in the Mediterranean, or being subjected to violence and abuse as they flee. Our aim must be to ensure that fewer people have to flee, and that more people can create a future for themselves in their own countries instead of seeking a new life in Europe.

This is a problem that Denmark cannot resolve alone, but we can take the lead. By doubling our own support to adjacent areas. And, as part of the EU, by spearheading a historical boost of Africa in particular.

New fight for freedom. Social democracy is, and always has been, a freedom project. It has given more and more people the opportunity to shape their own lives. It has largely succeeded in this by providing education, high levels of employment and free access to health care for all.

We are now facing a new chapter in this fight for freedom: the new Danes. Gender equality has to apply to them as well. Rights and obligations go hand in hand. Religion is always subordinate to democracy. This requires us to deal with the norms that exist in certain parts of Denmark.

First and foremost, it requires more people to become part of the Danish community. Where we all share the same basic values. And where we meet one another in residential areas and schools. A 10-year plan must be applied to ensure that no residential areas, schools or educational institutions have more than 30 per cent non-Western immigrants and descendants in future.

And more have to contribute to Danish society. That is why we want to introduce an obligation for all immigrants on integration benefits and cash benefits to contribute 37 hours a week.

These are the main elements of our proposal. Are there elements in this that the Social Democrats have not endorsed previously? Yes. The world and society have changed. And luckily, politics is not set in stone.

We said to ourselves from the outset that we have to start from scratch, think along new lines and adopt a holistic approach. We believe we have achieved that with what we are now proposing.

We are of the opinion that Denmark needs a cohesive, long-term immigration policy. Where the fundamental direction is fixed and its individual elements are not subject to constant changes.

Our entire proposal is a presentation for discussion. We are very happy to listen to other people’s good ideas. But we will insist on one thing: there is a need for broad and binding cooperation with regard to long-term solutions.

Denmark does not need the bloc politics and divisiveness that have historically characterized immigration policy. Quite the opposite, in fact.