Dr. Denis Mukwege is founder of Panzi Hospital and Foundation in the Democratic Republic of Congo. He jointly received the Nobel Peace Prize in 2018 with Nadia Murad. 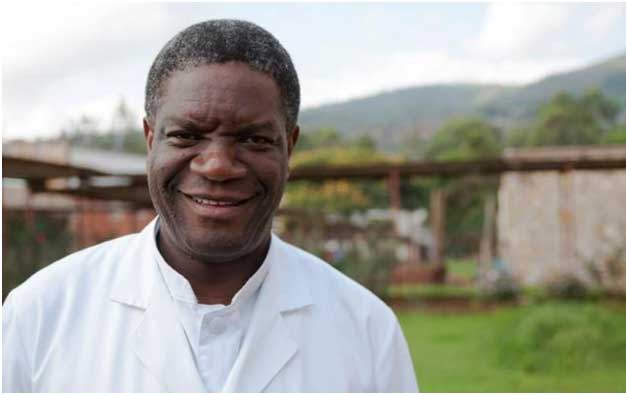 BUKAVU, Democratic Republic of Congo, May 3 2019 (IPS) - To be able to tackle a problem we must first recognize that it exists. When I first spoke at the United Nations Security Council in 2009, I was asked why the issue of sexual violence was even relevant to peace and security. At that time, it was not generally accepted that rape is in fact a weapon of war. Today, that statement is both widely accepted and central to the international community’s understanding of this crucial issue.

Last week, I spoke yet again at the Security Council in response to Germany’s call for a new resolution on women, peace and security. After extensive negotiations and compromise relating to sexual and reproductive health for victims of sexual violence in conflict, the resolution was passed.

Thirteen countries voted in favor. China and Russia abstained. This is now the ninth resolution in a series, which addresses sexual violence in conflict and the inclusion of women in building peace.

Although I would have greatly preferred to see inclusion of references to the International Criminal Court (ICC) and specific language on sexual and reproductive health, all of which was omitted to avoid a veto of the resolution, we should not lose sight that the adopted resolution is a significant step forward – it is a pivotal step in terms of combating rape as a weapon of war and sexual violence in conflict.

For the first time, survivors of sexual violence in conflict are at the center of this issue. The resolution stresses the need to support children born as a result of rape. Although focused primarily on the experiences of women, the resolution also highlights the need for specific measures for men and boys who are victimized by sexual violence in conflict.

Paramount to the needs of survivors, the resolution acknowledges the importance of reparations. For generations, states have failed to acknowledge and compensate the devastating harm done to survivors.

We intend to change this by coming together with Nadia’s Initiative and the Office of the United Nations Special Representative of the Secretary-General on Sexual Violence in Conflict to establish the International Fund for Survivors of Conflict-Related Sexual Violence.

In the Democratic Republic of the Congo, I have seen how important justice is to the healing process of survivors of rape in conflict. At Panzi Hospital, where I work with my staff to rehabilitate victims of sexual violence, we have developed a comprehensive model, which includes medical, psychological, socio-economic and legal assistance.

Following the adoption of this new resolution, I hope that we can replicate this approach on a much wider scale. For too long, the international community has promised action, while failing to provide access to quality holistic care to survivors.

It is time for serious action against perpetrators. To date, there have been little to no consequences for their crimes. Ending the culture of impunity is central to ensuring that the brutal mass rapes that have happened in the DRC, Iraq, Syria and elsewhere never happen again.

Sexual violence in conflict is devastating – physically and psychologically. Yet, we somehow continue to fail thousands and thousands who have been forced to endure this horror. There can be no lasting peace without justice. This Security Council resolution must now lead to meaningful action.