Jun 12 2019 - They are thought to be the world’s most persecuted refugees. It is also argued that they are one of the most forgotten too. Some five year ago I saw and met hundreds of inmates from Burma in a Jeddah prison. Thousands of Burmese Muslims from Arakan – often called Rohingyas – were offered a safe haven in Saudi Arabia by King Faisal but with the change in rulers in Saudi Arabia the rules underwent a change too. A permanent abode of peace that was offered to these uprooted Arakanese is now nothing less than a chamber of horrors. 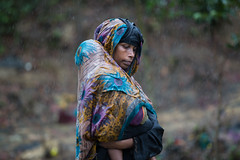 There are some three thousand families of Burmese Muslims in Makkah and Jeddah prisons awaiting their deportation. Women and children are held in separate prisons nearby. The only contact the men have with their wives and children is through mobile phones and clandestine courier service provided by hawkers of food & water – aided & abetted by the prison officers for a small fee!

But the interesting question is: Where will they be sent? Burma (Myanmar) doesn’t want them. Bangladesh with a large population, porous border and poor economy doesn’t have the inclination or the ability to handle a refugee population of this size. The Rohingya refugees in Bangladesh are having a rough time as it is. Pakistan’s offer to accept part of the Rohingyas – awaiting deportation in Saudi prisons – is seen as mere a diplomatic exercise. Against the background of Islamabad’s treatment of some 300,000 stranded Pakistanis – living a miserable life in camps in Bangladesh – senior Rohingya inmates look at Pakistani overture with suspicion.

But who are these people called Burmese Muslims, Arakanese or Rohingyas? The people who call themselves Rohingyas are the Muslims of the Mayu Frontier area, present-day Buthidaung and Maungdaw townships of Arakan (Rakhine) State, a province isolated in the western part of the country across the river Naf which forms the boundary between Myanmar and Bangladesh.

After Myanmar had gained independence, a concentration of nearly ninety per cent of the area’s population – of Islamic faith formed an ethnic and religious minority group on the western fringe of the republic. In the beginning they favoured a policy of joining Pakistan. This policy faded away when they could not gain support from the government of Pakistan. Later they began to call for the establishment of an autonomous region instead.

Their insistence to call themselves ‘the Muslims of Arakan’ and adoption of Urdu as their national language indicated their inclination towards the sense of collective identity that the Muslims of Indian subcontinent showed before the partition of India (Department of Defence Service Archives, Rangoon: CD 1016/10/11).

In June 1951 All-Arakan Muslim Conference was held in village Alethangyaw, and ‘The Charter of the Constitutional Demands of the Arakani Muslims’ was published. It called for ‘the balance of power between the Muslims and the Maghs (Arakanese), two major races of Arakan.’ The demand of the charter read: North Arakan should be immediately formed a free Muslim State as equal constituent Member of the Union of Burma like the Shan State, the Karenni State, the Chin Hills, and the Kachin Zone with its own Militia, Police and Security Forces under the General Command of the Union (Department of the Defence Service Archives, Rangoon: DR 1016/10/13).

It is noteworthy that in the charter these peoples are mentioned as the Muslims of Arakan and not Rohingyas. The word ‘Rohingya’, it is claimed, was first suggested by Abdul Gaffar, an MP from Buthidaung, in his article ‘The Sudeten Muslims’,

During his campaign for the 1960 elections, Myanmar Prime Minister U Nu promised statehood for Arakanese and Mon people. When he came to power the plans for the formation of the Arakan and Mon states were forgotten. Naturally, the Muslim members of parliament from Buthidaung and Maungdaw townships denounced the plan and called for the establishment of a Rohingya state. (SOAS bulletin of Burma research, 2005)

In 1973, Ne Win’s Revolutionary Council sought public opinion for drafting a new constitution. The Muslims from the Mayu Frontier submitted a proposal to the Constitution Commission for the creation of a separate Muslim state or at least a division for them (Kyaw Zan Tha, 1995).

‘The proposal was turned down. When elections were held under the 1974 Constitution the Bengali Muslims from the Mayu Frontier Area were denied the right to elect their representatives to the “Pyithu Hlut-taw” (People’s Congress). After the end of the Independence war in Bangladesh some arms and ammunitions flowed into the hands of the young Muslim leaders from Mayu Frontier. On 15 July 1972 a congress of all Rohingya parties was held at the Bangladeshi border to call for the Rohingya National Liberation’ (Mya Win, 1992).

Myanmar’s successive military regimes persisted in a policy of denying citizenship to most Bengalis, especially in the frontier area. They stubbornly grasped the 1982 Citizenship Law that allowed only the ethnic groups who had lived in Burma before the First Anglo-Burmese War that began in 1824 as the citizens of the country. By this law those Muslims had been treated as aliens in the land they have inhabited for more than a century.

‘According to the 1983 census Muslims in Arakan constituted 24.3 percent and they were categorized as Bangladeshi, while the Arakanese Buddhists formed 67.8 percent of the population of the Arakan (Rakhine) State’ (Immigration and Manpower Department 1987:I-14).

‘In the 1988 Democracy movement Muslims raised the Rohingya issue. Subsequently when the military junta allowed the registration of the political parties they asked for their parties to be recognized under the name “Rohingya.” Their demand was turned down and so they formed the National Democratic Party for Human rights (NDPHR) that won in four constituencies in 1990 elections – eleven candidates of the Arakan League for Democracy (ALD) were elected to the legislature. However, the Elections Commission abolished both the ALD and the NDPHR in 1991. Some of the party members had to go into exile.’

In 1978 the Burmese junta created a situation for the Arakanese Muslims that forced them to leave their country for safety elsewhere. However, those who crossed over to East Pakistan or Thailand were never considered as welcome visitors. The Myanmar government has consistently refused to recognise the Rohingyas as citizens, who have been forced to flee their homeland since 1978 – to neighbouring Thailand and as far as Japan.

According to Amnesty International, in 1978 over 200,000 Rohingyas fled to Bangladesh, following the Burmese army’s Operation Nagamin. Most – it is claimed by Yangon – were eventually repatriated, but around 15,000 refused to return. In 1991, a second wave of about a quarter of a million Rohingyas fled Myanmar to Bangladesh

The Malaysianinsider.com reports that in January, shocking news emerged of the mistreatment by Thai security forces of over a thousand ‘boat people’ travelling from Bangladesh and Myanmar to Thailand and Malaysia. Most of them were Rohingyas. They drifted at sea for weeks, without sufficient food and water, after having been beaten, towed out, and abandoned. The Indian navy rescued about 400 in different batches; Indonesia rescued a further 391. The rest were reported missing, presumed dead.

There are a further 13,600 registered with the United Nations High Commissioner for Refugees in Malaysia (although there are thousands yet unregistered), an estimated 3,000 in Thailand, and unknown numbers in India.

Most Rohingyas in Asia are considered irregular migrants. Without official papers, they are often subject to arrest, detention, punishment for immigration offences and deportation. Forced to work in the informal labour market, they are often exploited and cheated.

In Malaysia, where some Rohingyas have resided since the early 1990s, they continue to be rounded up in immigration operations, whipped, and handed over to human traffickers on the Thai-Malaysia border. Some have been deported multiple times; some have ‘disappeared’ along the way. Around 730,000 remain in Myanmar, most of whom live in the Arakan state. The State Peace and Development Council, the military regime that rules Myanmar, continues to disavow Rohingyas as citizens.

Consequently, the Rohingyas are still subject to forced labour, forced eviction, and land confiscation. Strict restrictions are placed on their freedom of movement, freedom to marry, and freedom to own property. Many who return from abroad have been imprisoned for years, punished for crossing the border ‘illegally’. Conditions in the Arakan state continue to deteriorate, increasing the likelihood of further outflows into neighbouring countries.

The UNHCR has been allowed limited access inside Burma. The UN agency claims that it has helped more than 200,000 to get better healthcare and some 35,000 children to education. But this kind of help is merely a drop in the ocean. It’s an irony that countries in Asia and elsewhere – particularly Muslim countries – have shown little or no desire to help ease the situation.

The UNHCR spokesman in Asia, Kitty Mckinsey says: ‘No country has really taken up their cause. Look at the Palestinians, for example, they have a lot of countries on their side. The Rohingyas do not have any friends in the world.’

Obviously, an immediate and sympathetic solution is needed; otherwise, it can plunge Rohingyas into deeper suffering, cause resistance amongst host societies, and fail at stemming the onward movement of Rohingyas into the region.

The late King Faisal’s decision to offer them a permanent abode in Saudi Arabia was a gesture that reflected his noble approach to the problems faced by Muslims in other countries. However, later Saudi rulers have found the Burmese Muslims a thorn in their side. With strict regulation on their employment and movement within the Kingdom Saudi police find them easy targets for extortion and torture.

Although Myanmar Muslims have showed collective political interest for more than five decades since the country gained independence, their political and cultural rights have not been recognised. On the contrary, the demand for the recognition of their rights sounds like a direct challenge to the right of autonomy and the myth of survival for the Arakanese majority in their homeland.

It is said that there are some 250,000 Burmese Muslims in Saudi Arabia – majority living in Makkah Al-Mukarramah’s slums Naqqasha and Kudai. They sell vegetables, sweep streets, work as porters, carpenters, unskilled labour, and those fortunate enough become drivers.

The correct number of the Rohingya refugees living in Asian countries – Bangladesh, Pakistan, India, Thailand, Malaysia, Japan and Saudi Arabia – is anybody’s guess. But this diaspora of refugees attracts human traffickers. It is not uncommon for poor Rohingyas to marry off their very young – sometimes underage – daughters to old and affluent Saudis in the hope of getting ‘official favours’. But with a high rate of divorce in Saudi Arabia in the Saudi society this hasn’t worked for many. Rohingya wives of Saudi men are not easily accepted in the Saudi society and they have to survive – as second class wives – on the periphery of the social infrastructure.

Those whom I met in Jeddah prisons seem to have accepted the situation as fait accompli. But it is unfair that these innocent people be made to suffer in a country which is considered the citadel of Islam that houses the two holiest places of worship on earth and the rulers style themselves as Custodian of the Two Holy Mosques.

King Abdullah is not only the Custodian of the Two Holy Mosques; he is also the Custodian of those living in that country, including Rohingya refugees who were invited by one of his illustrious predecessors. Will Saudi Arabia live up to its promises and expectations? Dhaka – with friendly ties with Saudi Arabia – must impress upon Riyadh to find an early solution to this thorn in the side of humanity.

(Syed Neaz Ahmad, who taught at Umm Al-Qura University, Makkah, is a London-based journalist. He writes for British, Arab & Bangladeshi press. He anchors a celebrity chatshow on NTV Europe).