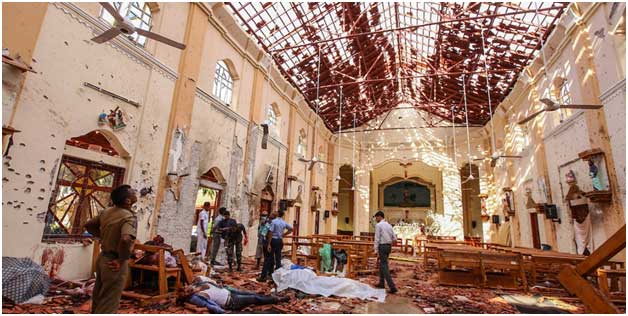 NEW YORK, Jul 3 2019 (IPS) - Sri Lanka continues to be on a security alert long after the devastation caused by a string of bombings on Easter Sunday this year.

Raisa Wickrematunge, Editor of Groundviews, told IPS: “There has been a tightening of security. There are now security checks being carried out outside hotels and shopping malls – either through scanners or bag and body searches”.

“At the St Anthony’s Church, where the first blast occurred, there are bag and body searches conducted before worshippers can go inside, and bags are left outside the Church premises. Many churches and some schools have also increased their security.”

Curfews were put into place and a social media ban was enacted temporarily, in order to prevent the graphic nature of the tragedies from being broadcast publicly. There has been much damage of the emotional and physical varieties in the once war ridden nation.

For one thing, this attack was not expected by the Christian minority in Sri Lanka. Despite this, they have persevered.

Father Rohan Dominic of the Claretian NGO told IPS: “For quite some time, there were attacks on the Muslim and Christian minorities by extremist Buddhists. In places, where the Buddhists were the majority, Christians lived in fear.”

However, in a turn of events that left many in shock, one of the minority groups seemed to be the ones that initiated the attacks that occurred on Easter.

All seven of the perpetrators allegedly belonged to a local Islamist group, National Thowheeth Jama’ath, according to government officials from the country.

In response to this, there have been bans put in place for burqas and niqabs, traditional facial coverings worn by Muslims and people have been denied entrance into establishments, even while wearing hijabs. 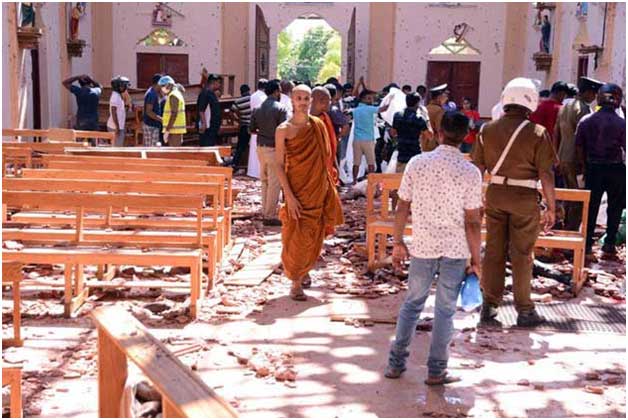 There were smaller bombings in Dematagoda and Dehiwala later on that same day. With a death toll of 290 people and 500 injured, domestic measures to protect the citizens were taken.

After its 26 year long civil war between the Tamil and Sinhalese ethnic groups came to an end in 2009, conditions in Sri Lanka were mostly calm.

However, on 21 April, 2019, the country erupted into violence. Three churches in the cities of Negombo, Batticaloa and Colombo, along with three hotels in the city of Colombo, were targeted in bombings by a group of seven Sri Lankan citizens.

The churches were St. Sebastian’s Church, Shrine of St. Anthony Church and Zion Church and the hotels were Cinnamon Grand, Kingsbury Hotel and Shangri-La Hotel.

Sri Lanka is a country that is primarily Buddhist with a large Hindu population and Christian and Muslim minorities.

Father Dominic said that, “The Catholic Church in Sri Lanka was able to recover from the attack quickly and aided the survivors and the families of the victims by consoling and caring for them. The Church also has guided the Christian community at moments of anger and frustration in controlling their emotions and not to blame the Muslims. This position of the Church has helped to prevent violence and created common understanding and religious harmony.”

According to Wickrematunge, there has been much help in helping the community adjust to life after the attacks and in restoring what has been lost.

Other efforts have been led by organisations such as the Red Cross, Kind-hearted Lankans, the Archbishop of Colombo and the Church of the American Ceylon Mission in Batticaloa. There have also been crowdfunding efforts on popular websites like GoFundMe.

Since the attacks have affected lives in a physical and emotional way, the state has given financial support to the affected as of 21 June.

There has also been a trust fund set up for children who have lost family members to the attacks.

Some of the industries affected, such as tourism, have been offered subsidized loans in order to help with paying employees. Psychological support and educational resources are being provided to citizens as well.

While it has only been three months since the attacks affected the lives of many, steps towards rebuilding have been made and the future appears to be promising.