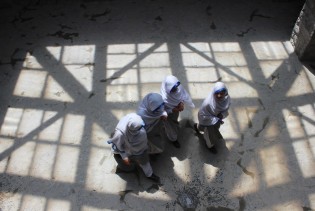 By Emily Thampoe
Catherine Bertini, former executive director of the World Food Programme, began the IPS United Nations Bureau webinar “The Impact of the COVID-19 Pandemic on Women and Girls” by reminiscing on a talk she gave in 1995 entitled “Women eat last”. She remarked that after 25 years, the phrase is still something that is relevant to the present day.

By Emily Thampoe
Sri Lanka continues to be on a security alert long after the devastation caused by a string of bombings on Easter Sunday this year. Raisa Wickrematunge, Editor of Groundviews, told IPS: “There has been a tightening of security. There are now security checks being carried out outside hotels and shopping malls - either through scanners or bag and body searches”.

By Emily Thampoe
In a world that is becoming more and more industrial by the day, air pollution appears to be on the rise. While there have been efforts in major cities to combat the grave effects that pollution can have on the overall health of its citizens, there is still more progress to be made.