How Widespread is Human Trafficking in the US? 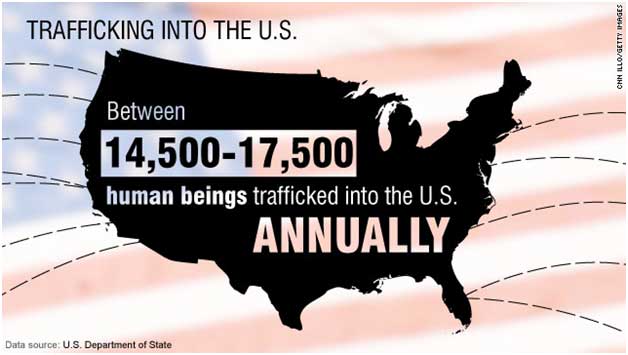 UNITED NATIONS, Jul 26 2019 (IPS) - The United States is no exception to the practice of modern day slavery—a crime for which it is rarely held accountable at the United Nations.

A rash of hidden crimes widespread in US inner cities and border towns include forced migrant labour, human trafficking, sexploitation of minors and domestic servitude.

In its 2018 Trafficking in Persons (TIP) report, the US State Department said that despite its global reach, human trafficking takes place locally — “in a favorite nail salon or restaurant; in a neighborhood home or popular hotel; on a city street or rural farm”
But four recent high profiles cases of human trafficking and commercialized sex have laid bare the growing problem in big cities and far corners of the US.

First, there is the ongoing investigation of a mega millionaire facing federal charges of running a sex trafficking operation luring dozens of underage girls, some of them as young as 14.

Second, the case of an African-American singer accused of engaging in illegal sex activities involving 10 women, eight of whom were minors, and paying them hush money to remain silent. But both have pleaded not guilty.

Third, the arrests July 25 of 16 marines from the US Marine Corps, one of the elitist services in the American armed forces, who are under investigation on charges of human trafficking, drug smuggling and transportation of undocumented Mexican migrants.

And last February, the New York Times ran a frontpage story about a billionaire-owner of a famous American football team who was charged on two counts of soliciting sex as part of a wide-ranging investigation into prostitution and suspected human trafficking in the US state of Florida.

These stories have been splashed across US newspapers triggering the question: how widespread is modern slavery in the US, a country frequently described by President Donald Trump “as the greatest in the world.”

The US Department of Homeland Security (DHS) says every year, “millions of men, women, and children are trafficked worldwide – including right here in the United States”.

And trafficking can happen in any community while victims can be any age, race, gender, or nationality, says DHS. 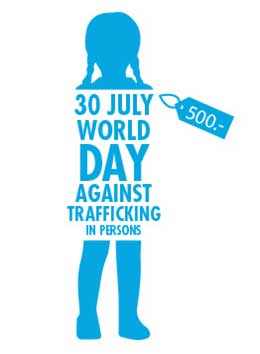 In an interview with IPS, Romina Canessa, a human rights lawyer and program officer at Equality Now’s “End Sex Trafficking” team, said: “Unfortunately, we do not have any exact numbers on how widespread sex trafficking is in the USA”

Writing in the New York Times July 19, Elizabeth Melendez Fisher, co-founder and chief executive of Selah Freedon/Selah Way Foundation, says the sexual abuse and exploitation of vulnerable women and children have always occurred (in the US).

The positive aspect of recent cases in human trafficking “is that we as a society are finally no longer turning a blind eye.”

In an oped piece for IPS last December, Romy Hawatt, a Founding Member of the Global Sustainability Network (GSN ) pointed out that a 2018 report by the Global Slavery Index estimated some 403,000 people being trapped in modern slavery in the U.S. – seven times higher than previous figures.

He said the pernicious persistence of modern day slavery is one of the reasons it is addressed by the Sustainable Development Goals (SDG) set by the UN General Assembly in 2015 building on many of the accomplishments of the original Millennium Development Goals (MDGs)– but which did not address human rights, slavery or human trafficking and were often criticized for being too narrow.

In particular, Goal 8 of the 17 SDGs is the goal to promote inclusive and sustainable economic growth, full and productive employment and decent work for all, whilst Goal 8.7 specifically addresses modern day slavery and human trafficking, he added.

And it is worth noting, he argued, that SDG 8.7 is also supported by two other SDG goals. SDG 5 for example aims to achieve gender equality and empower all women and girls, while SDG 16 seeks to promote peaceful and inclusive societies for sustainable development, provide access to justice for all and build effective, accountable and inclusive institutions at all levels

Canessa of Equality Now said currently, there is no official estimate for the numbers of victims in the USA, nor are there reliable resources. There are statistics, for example, on the number of federal sex trafficking cases but this isn’t an accurate representation as many cases aren’t prosecuted or are prosecuted under different laws for various reasons.

She said cases frequently go undetected or unreported. “Many sex trafficking victims are prevented from seeking help, and it is also common for people not to self-identify as someone who has been trafficking”.

They may perceive themselves as offenders and fear being prosecuted by the authorities. This is one reason why Equality Now advocates against criminalizing people who sell sex, said Canessa, who served as an expert on developing global access to justice mechanisms, most notably helping to launch and implement the first alternative dispute resolution center in Kabul, Afghanistan

“There is just no good data on the true scale of sex trafficking anywhere in the world. Although accurate numbers aren’t available on what is occurring in the USA, we know the majority of victims are domestic, thanks to the UN Office on Drugs and Crime (UNODC) and US TIP reports, which are both excellent resources.”

Under both international and US law, she said, movement is not required for trafficking although it can be included as one of the elements.

“All that is required is the act of recruiting, harboring, transporting, providing or obtaining a person for compelled labor or commercial sex acts through the use of force, fraud or coercion”. So, a person can be trafficked in their own hometown or even in their own home.

Any commercial sex act involving a child is trafficking, so no force, fraud or coercion is required, said Canessa, who has worked in Peru on anti-corruption, judicial and electoral reform projects, including promoting the role of women in politics.

IPS: To what extent does sex trafficking involve migrants and refugees in the US?

CANESSA: Sex trafficking in the USA can involve migrants and refugees, and traffickers will often use an immigrant’s legal status as a tool for coercion. Trafficking can involve nail salons, spas, farms, but also involves a wide range of other industries, including: hospitality; traveling sales; janitorial services; construction; restaurants; domestic work; childcare and looking after persons with disabilities; retail; fairs and carnivals; peddling and begging; drug smuggling and distribution, amongst others.

Trafficking can affect anyone but certain dynamics can place people at higher risk. Factors that can increase someone’s vulnerability include being in foster care, a runaway or being young and homeless. Living in poverty, problems with immigration status, and being LGBTI are also risk factors.

IPS: Are there any international treaties or conventions against human trafficking?

Most importantly, the Palermo Protocol establishes that any exploitation of anyone under 18 is considered trafficking (the recruitment, transportation, transfer, harbouring or receipt of a child for the purpose of exploitation shall be considered “trafficking in persons”).

Under both international and US law, a person under 18 who is exploited for sex is a victim of trafficking and rape and not a “child prostitute.”