A Call for Healthy, Blue Oceans in Asia and the Pacific

Armida Salsiah Alisjahbana is UN Under-Secretary-General and Executive Secretary of the U.N. Economic and Social Commission for Asia and the Pacific (ESCAP). 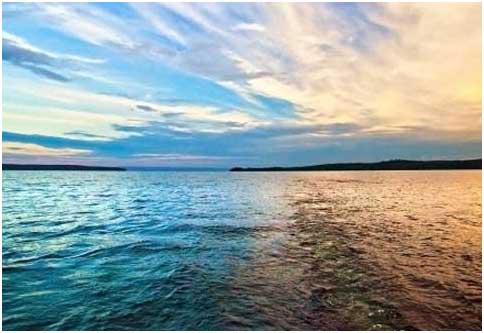 BANGKOK, Thailand, Aug 5 2019 (IPS) - Leaders at the Group of 20 summit last month agreed on the “Osaka Blue Ocean Vision,” which aims to reduce additional pollution by marine plastic litter to zero by 2050. The UN Economic and Social Commission for Asia and the Pacific (ESCAP) stands ready to support Japan and other countries in the region to ensure healthy and sustainable oceans.

Approximately 8 million tons of plastic leaks out of the global economy and into the oceans each year. Asia and the Pacific is responsible for about 60 percent of the increase in global plastic production.

Without action, the world’s oceans will contain nearly 250 million tons of plastic by 2025, further endangering our marine environment with a wide range of toxins and ultimately putting our own food sources at risk.

The commitment of G20 leaders, led by Japan, to tackle the proliferation of plastic litter through the Osaka Blue Ocean Vision aligns with the first target of United Nations Sustainable Development Goal 14 (Life Below Water), which is to prevent and significantly reduce marine pollution of all kinds, in particular from land-based activities, including marine debris and nutrient pollution, by 2025.

G20 leaders also reiterated that measures to address marine litter need to be taken nationally and internationally by all countries in partnership with relevant stakeholders. In the Asia-Pacific region, several countries have already adopted plans to combat marine plastic debris by banning single-use plastics and enacting new recycling laws.

Prime Minister Shinzo Abe’s launch of the “MARINE Initiative” (focusing on management of wastes, recovery of marine litter, innovation and empowerment) at the G20 summit to support developing countries’ efforts, including their capacity building and infrastructure development, in waste management is a good demonstration of the kind of regional cooperation on trans-boundary issues where ESCAP can play a key role. ESCAP’s next annual meeting, in May 2020, will feature the theme “Promoting economic, social and environmental cooperation on oceans for sustainable development.” One possible outcome of our deliberations is the creation of a voluntary “coalition of the willing” to reduce plastic marine pollution.

In a region already under stress from climate change, resource exploitation and population growth, healthy oceans mean jobs, food, identity and resilience for millions, especially the most vulnerable and disadvantaged.

The coalition would be a regional multi-stakeholder platform that would provide technical assistance and capacity building support. In line with the G20 approach, governments would be joined in this coalition by the private sector, civil society organizations, research and academic institutions, and representatives of the informal sector. These actors can all play a catalytic role for creative solutions.

Indeed, Japanese innovation can be applied to municipal recycling and composting. State-of-the-art solid waste management systems are being developed, underpinned by strong cooperation between national and local governments.

Even the organizing committee of the 2020 Tokyo Olympic and Paralympic Games has gotten into the act: It has a comprehensive sustainability plan inspired by the Sustainable Development Goals (SDGs) and includes such measures as extracting materials from discarded smartphones and other small electronic devices to make the Olympic medals.

Japan also is supporting the development of marine litter monitoring technology in cooperation with other Asian countries. Its authorities are working with producers to eliminate single-use plastics and promote biodegradable polymers.

The goal is to reduce the detrimental effects on marine and costal ecosystems on which many livelihoods depend, crucial in a region where 200 million people are reliant on fisheries alone.

Japanese innovation and technology can contribute much to the region’s solutions to eliminate plastics from our oceans. Through ESCAP, we can scale these efforts across the continent, working closely with our countries and partners to build a collective response to stop marine pollution in Asia and the Pacific and reclaim our “blue oceans.”