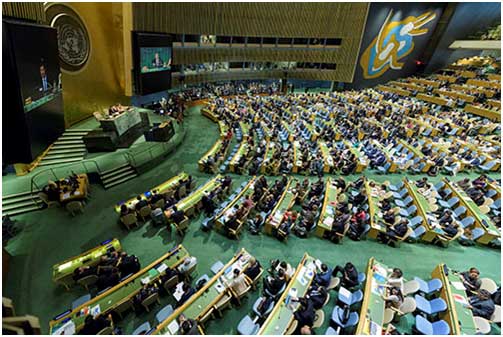 UNITED NATIONS, Sep 17 2019 (IPS) - UN Secretary-General Antonio Guterres has offered an unsolicited piece of advice to the 190-plus speakers, including heads of state and heads of government, who will address an unprecedented six high level plenary meetings during the General Assembly sessions September 23-27.

“I am asking leaders to come to the September summits, not with beautiful speeches, but with concrete actions, plans and commitments to accelerate the implementation of the 2030 Agenda and the Paris agreement on climate change,” he implored.

The people of the world, he pointed out, do not want “half measures and empty promises”.

They are demanding transformative change that is fair and sustainable, he said, referring to two key upcoming summits, one on climate action (on September 23) and the other on Sustainable Development Goals (September 24-25).

But how many leaders will respond positively?

Harjeet Singh, global lead on climate change for ActionAid told IPS: “Let’s be clear, this is not another run-of-the-mill Summit. World leaders must decide that they need to either lead or step back”.

The time for speeches and lip service is long gone, he said. “Young people have taken the matter into their own hands. They will keep marching ahead, showing us the way”.

“Rich countries have benefited from over a century of the industrialisation that has caused climate change. They now have an outsized obligation to help developing nations cope with climate disasters and transition to greener economies.”

Asked what the yardstick should be to measure the success of the summits, specifically the climate action summit, Jennifer Morgan, Executive Director, Greenpeace International, told IPS: “The UN Secretary-General’s asks are clear and specific, and he has set the bar where it has to be at this moment in time — high.”

“The yardstick for success is if countries deliver what Guterres has asked for: a stop to fossil fuel subsidies, a concrete pathway to net zero by 2050 and no new coal. We don’t need any more speeches, we need real plans from world leaders and high emitters that are ambitious, tangible and achievable,” she added.

But will these summits be a mega talk-fest in futility?

Multilateralism is never futile, said Morgan, “to fix the climate crisis, we need everyone. We cannot turn the clock back and halt climate change, but we can force governments to recognise their responsibility and support an environmentally and socially just re-shaping of our economies.”

“We may not achieve decisive breakthroughs this year but we can build momentum for the future. In the long sweep of history and march of human civilization, there are many ups and downs, and progress is not linear. But I am inspired by the incredible energy, creativity and activism of the younger generation across the world”.

“I am convinced most of today’s populist but nativist leaders will eventually be swept away by the wave of their young citizens committed to building a more peaceful, prosperous and equitable world of mutual interdependence, as envisaged in the UN Charter,” said Gautam, a former Deputy Executive Director of the UN children’s agency, UNICEF.

As of last week, according to UN spokesperson Stephane Dujarric, a total of 196 speakers, are scheduled to speak at the General Assembly high level segment, including 97 Heads of State; five Vice-Presidents; 46 Heads of Government; five Deputy Prime Ministers; 38 Ministers; two Chairs of Delegation; and three observers.

In an assessment of the state of play, since the adoption of the 2030 Development Agenda and the Paris climate change agreement, the United Nations says four years after breakthrough international agreements on climate change and sustainable development, the stakes are high.

“But we are not yet on track to end poverty by 2030 and world hunger is on the rise, with some 821 million people experiencing undernutrition in 2017.”

“Green-house gases continue to climb. Every bit of warming matters and every day we delay action will make it more difficult to limit global warming to 1.5°C and avert the worst impacts of climate change.”

And most importantly, the world’s most vulnerable are bearing the brunt of conflict, inequality, injustice and environmental degradation – 70 million people fled war, persecution and conflict in 2018; at least half the world’s population do not have access to essential health services; and some 29.3% of the population of small island states live at less than five meters above rising sea-levels. 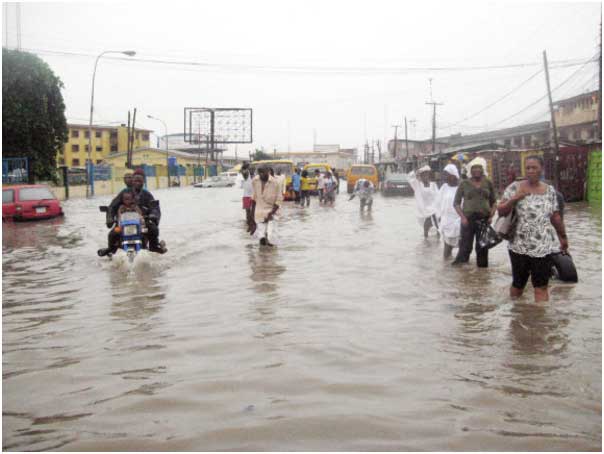 Gautam told IPS that despite the urgency of all the issues to be debated in the upcoming six UN summits, real progress is likely to be incremental and uneven.

“Given the current line-up of the world’s leadership, I fear it is unlikely that we will see great progress on climate change and the elimination of nuclear weapons which requires a very strong commitment of the world’s most powerful countries”.

On the other hand, he argued, “I am more optimistic for significant progress on Universal Health Coverage and some of the other SDG-related issues where progress depends largely on action at the national level in all member states.”

On many of the most pressing issues before the UN Summits, ordinary people, particularly the youth and civil society organizations are way ahead of national political leaders in their understanding of and commitment to address the most pressing issues facing humanity, said Gautam, author of the recently-released book “Global Citizen from Gulmi: My Journey from the Hills of Nepal to the Halls of the United Nations’.

Ultimately, political leadership has to respond to popular will. As Mahatma Gandhi once said, “There go my people, and I must follow them because I am their leader”.

Asked if Greenpeace is expecting anything positive to come out of the climate summit, Morgan told IPS: “Unfortunately, we’re not expecting the Climate Action Summit to deliver what is needed, because there are some countries that are actively trying to slow down progress and lead negotiations in the wrong direction”.

She also pointed out that some countries are claiming to be climate leaders, but not showing any signs of following through. There are a small number proving to others that true 1.5 alignment can be done, but they are outnumbered.

“What is becoming obvious is that we’re entering a new era of climate activism. The people and youth are increasingly showing the unity and positivity missing at the negotiating table. If countries fail to deliver at the Summit, they will have to answer to the tens of thousands of youth in the streets,” Morgan declared.