Is the UN’s High Seas Treaty Heading Towards Troubled Waters? 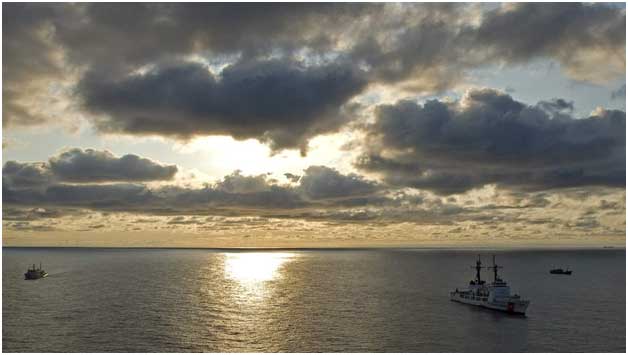 UNITED NATIONS, Sep 2 2019 (IPS) - The world’s high seas, which extend beyond 200 nautical miles, are deemed “international waters” to be shared globally– but they remain largely ungoverned.

The Food and Agriculture Organisation (FAO) has warned that the world’s fisheries have continued to decline, with 33 percent of fish stocks “overfished,” resulting in devastating economic consequences for coastal nations and small island developing states (SIDS).

Still, a two-week long meeting, described as the third in a series of four substantive sessions of an intergovernmental conference of 190 member states, concluded August 30, without “a serious commitment” to a longstanding proposed high seas treaty.

A final negotiating session is scheduled to take place in the first half of 2020.

Asked about the roadblocks during recent negotiations, Liz Karan, Project Director for Protecting Ocean Life on the High Seas at Pew Charitable Trusts, told IPS: “The challenging issues in the negotiations have not changed.”

She said countries still need to find solutions for sharing benefits derived from marine genetic resources, and how a new treaty body will coordinate with existing regional fisheries management organizations, and sectoral organizations such as the International Maritime Organization (IMO) and the International Seabed Authority (ISA). Dr. Sandra Schoettner of Greenpeace’s Protect the Oceans campaign, said: “It is very disappointing to see that the pace and ambition in this meeting don’t match the level of urgency required to save our oceans and protect our planet against the climate emergency and massive biodiversity loss we are facing.”

She said the lack of political will for a progressive outcome of these negotiations is alarming as some countries clearly still favor exploitation over protection. Keeping things as they are is not going to save our oceans or, ultimately, humankind.

“That’s why it’s so frustrating to see UN members like the European Union proposing insufficient solutions that don’t represent a real change for our oceans,” she noted.

“In addition, we expect more ambition from China, the host of the CBD CoP15, to be at the forefront of biodiversity protection. We also expect a maritime nation like Norway to take leadership in this process and are disappointed to see them push for a treaty that manages our global oceans in the same way which has brought them to the brink of collapse,” Dr Schoettner declared.

Peggy Kalas, coordinator of High Seas Alliance told IPS each of the primary elements has difficult issues but, likely, the Marine Genetic Resources (MGR) discussion and questions surrounding access and benefit sharing are one of the most difficult.

Asked if the proposed treaty will ensure a comprehensive MPA network to protect the rich biodiversity in the world’s oceans, she said: “Certainly, one of our key ambitions for this agreement, is to provide a framework for the establishment of well-managed and representative network of MPAs.”

On small island developing states (SIDS), most of whom are threatened by sea-level rise triggered by climate change, Kalas said: “A global approach and decision-making body will help smaller states with less capacity, if acting alone, to protect areas beyond national jurisdiction (ABNJ).”

She said the proposed moratorium on deep sea mining is a separate process than the discussion taking place with respect to deep seabed mining (DSM). That discussion will continue within the confines of the International Seabed Authority (ISA).

Dr Palitha Kohona, who co-chaired (along with Dr Elizabeth Linzaard of the Netherlands) the UN Adhoc Group on Biological Diversity Beyond National Jurisdiction, told IPS that during past negotiations in that Group, a historic compromise was struck between the EU and the Group of 77 (G77) developing nations plus China.

Both groups agreed to support the EU’s pursuit of marine protected areas (MPA) while the G77 demand for benefit-sharing– relating to products developed by industry using marine genetic resources beyond national jurisdiction, mainly by the pharmaceutical industry– would be accommodated by the EU.

While this combination of forces between the G77 and the EU enabled the Working Group to finalise its recommendations by consensus, a group of countries whose common motive remained obscure, continued to express reservations, said Dr Kohona, a former Chief of the UN Treaty Section.

Nevertheless, these states, which included Norway, Russia, the US and South Korea, did not block consensus during negotiations back in February 2015.

He said the concerns of developing countries need as much attention as the call of the EU for MPAs, if the proposed Global Oceans Treaty is to be successfully finalized. But much work will need to be done inter-sessionally.

Admittedly, while the global oceans are under enormous stress with dead areas continuing to expand, and need urgent attention, the call of the developing world not to be excluded from the next development in industry, the revolution of the pharmaceutical industry based on marine genetic resources, must not be ignored.

“Precedents and compromises from within the Law of the Sea framework will need further exploration,” he declared.

Dr Schoettner of Greenpeace said the stakes are even higher now for the final stage of the negotiations.

In 2020, world leaders need to deliver a Global Ocean Treaty that allows the creation of fully protected ocean sanctuaries in international waters.

In order to seize this historic opportunity to safeguard our oceans for future generations, Greenpeace urges heads of states and ministers to commit to a strong Global Ocean Treaty – so that delegates in the negotiating room have a clear mandate to advocate progress instead of just managing defeat, she noted.

“The solution is right in front of us, now all we are missing is the political will to give a chance to our oceans and to the people who rely on it to survive.”