PARIS, Nov 29 2019 (IPS) - Morna, the haunting, traditional music of Cabo Verde, is slated to join UNESCO’s Intangible Cultural Heritage List when a committee meets in Bogotá, Colombia, Dec. 9 to 14, to consider submissions from around the world.

Made popular by singers such as the renowned Cesária Évora, who died in 2011, morna incorporates voice, music, poetry and dance, and it has fans far beyond the Portuguese-speaking island state where it originated.

Being added to UNESCO’s Representative List of the Intangible Cultural Heritage of Humanity (to give the list its full name) would promote recognition of morna’s value, according to the artistic agencies behind the submission.

Inscription would also raise awareness of the “fundamental” mark that morna has made in “contemporary history and Cabo Verdean cultural identity”, they add. 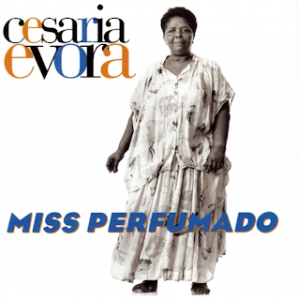 The musical practice is one of 41 elements up for consideration at the annual meeting of the Intergovernmental Committee for the Safeguarding of the Intangible Cultural Heritage.

Apart from voting on these elements, the committee is expected to take unprecedented action in removing Belgium’s Carnival of Aalst from the Intangible Cultural Heritage List, as the event has been criticised for racist depictions.

During the March 2019 staging of the carnival, racist and anti-Semitic caricatures were displayed on some floats, according to human rights groups. Previously, as far back as 2013, UNESCO received complaints about the offensive nature of some aspects of the carnival, which was inscribed on the List in 2010.

“Since its inscription, the Aalst carnival has on several occasions displayed messages, images and representations that can be considered within and outside of the community as encouraging stereotypes, mocking certain groups and insulting the memories of painful historical experiences including genocide, slavery and racial segregation,” the committee states in documents on the subject.

“These representations are racist,” said UNESCO official Tim Curtis, following a press briefing in Paris Nov. 27. Curtis, the secretary of the Convention on Safeguarding Intangible Cultural Heritage, told SWAN that the carnival’s organizers have shown little interest in addressing the issue.

In fact, the event’s organizing committee is reported to have “prepared a set of ribbons as collectors’ items, which depict once again several stereotypical representations … The accompanying text makes fun of UNESCO and reaffirms that the Aalst carnival should continue in the same spirit of satire and mockery”, according to UNESCO documents.

While the carnival may be delisted, another of Belgium’s customs is up for selection – the Ommegang procession in Brussels. This follows the addition of the country’s beer-drinking culture to the List in 2016, one of 429 elements inscribed globally up to now.

Such elements include oral traditions, performing arts, social practices, rituals and festive events, knowledge and practices concerning nature and the universe, and the knowledge and skills necessary for traditional crafts.

The aim is to promote the preservation of cultural practices or living expressions inherited from generation to generation, UNESCO says.

The delisting of the carnival may garner attention, but news about Cabo Verde’s morna should also be greeted with celebration, as with the inscription of reggae music of Jamaica in 2018.