UNITED NATIONS, Nov 8 2019 (IPS) - While the UN grapples with weighty global matters, can an Indian gift solve an unlikely matter of great concern to journalists and staffers – a partial shutdown of an escalator as part of the world body’s austerity measures?

After repeated complaints over several days by reporters interspersing questions on issues like Syria, Iran, the Paris Agreement and Iraq at the daily briefing of Secretary-General Antonio Guterres’s spokespersons, a suggestion was made to use the free electricity generated by the Gandhi Solar Park to power the escalator shutdown as a part of the austerity measures adopted by the cash-strapped UN.

UN Spokesperson Stephane Dujarric replied light-heartedly, “I’m barely a spokesman. I don’t think I’m an electrical engineer, but I will see where that electricity goes.”

He added, “People often ask me what is the biggest issue that concerns the UN press corps. Now I can answer with facility” that it is the escalator.

Escalator access to two floors used by the media and staffers has been shut and they can now be reached only by lifts or the emergency escape staircases.

But service to a floor used by diplomats going to the Security Council was restored after complaints by envoys. 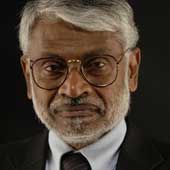 The UN is facing a cash crunch because its biggest contributor, the United States, has not sent its annual contribution of $676 million, according to Chandramouli Ramanathan, the Controller and Assistant Secretary-General.

The US, which is committed to paying up, is holding up the payment – as it does every year – on the excuse its financial year is from October to September.

The UN ordered the shutdown of the escalators and the fountain in front of the Secretariat on October 14 as part of its austerity package.

While those two were symbolic and meant to send a direct message to the defaulters, other serious measures have also been taken like curtailing translation and interpretation services and travel, and limiting the time some UN facilities are open.

According to Dujarric, the UN spends $14,000 annually on the escalator. It was suggested that since the $1-million, 50-kilowatt solar park inaugurated by Prime Minister Narendra Modi in September provides free electricity while the sun shines and is, therefore, outside the budget allocation for the escalator’s electricity, power from it could be used for the escalator.

Another suggestion was to take donations from reporters to pay for the electricity. A solution offered by a reporter to deal with the cash crunch was to use sheep to mow the lawn like it is being done at the Palais des Nations UN offices in Geneva.

Dujarric said, “Well, we could talk to our friends at the Permanent Mission of New Zealand to see if they have anything to offer.”

When the austerity measures were enforced in October, 65 countries were in arrears and some have paid up since, but not Washington. India paid up its $23.25 million dues for the regular budget on January 30 itself, one of the few countries to pay up on time.

Ramanathan said the austerity measures are only temporary and will last only as long as the cash flow problem persists.