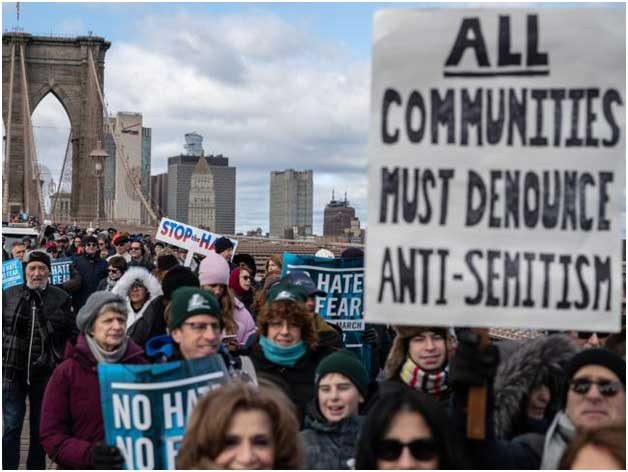 NEW YORK, Dec 31 2019 (IPS) - A rash of anti-Semitic attacks in New York and New Jersey has prompted the formation of a new unit, within the Police Department’s (NYPD) intelligence bureau, to investigate terror threats from far-right and neo-Nazi organizations.

John Miller, the commissioner of NYPD’s intelligence division, said these groups are no different from Islamic terrorist groups such as Al-Qaeda and ISIS.

The unit, known as “Racially and Ethnically Motivated Extremism” (REME), will monitor several local extremist groups, including The Proud Boys and Atomwaffen Division.

Just after a gun battle in New Jersey early December, including a shooting in a kosher supermarket which killed three bystanders, New York city Mayor Bill de Blasio told reporters “What we saw was a pre-meditated, violent, anti-Semitic hate-crime. In other words, you can call it an act of terror.”

The Mayor said: “It’s not enough to condemn anti-Semitism — we have to confront it. The despicable crimes committed against our Jewish community over the last 24 hours are an attack on ALL New Yorkers. The NYPD is actively investigating all of them and will bring the perpetrators to justice.”

There were about 50 people who were killed by extremists in the US in 2018, according to the latest available figures, while the numbers rose to about 229, mostly anti-Semitic hate crimes, by the end of December in 2019. 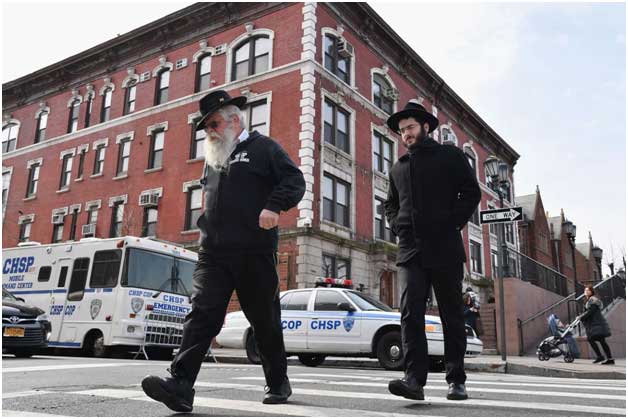 The Anti-Defamation League said the third largest total of anti-Semitic incidents took place in 2018, since the group started monitoring such crimes after it was created about 40 years ago.

Addressing reporters, Police Commissioner Dermot Shea said there had been a 22 percent increase in anti-Semitic hate crimes in 2019 compared with 2018. Hate crimes overall have all seen an increase, he added.

The REME unit was described as one of the first of its kind in a local police department and will include officers from the New Jersey and Pennsylvania state police and agents from the Federal Bureau of Alcohol, Tobacco, Firearms and Explosives (ATF).

The Anti-Defamation League said the third largest total of anti-Semitic incidents took place in 2018. The group started monitoring such crimes since it was created about 40 years ago.

Meanwhile the United Nations has warned of a global crisis on anti-Semitic hatred. The world body has two initiatives aimed at countering such hatred, including the UN Strategy and Plan of Action on Hate Speech and the UN Plan of Action of Safeguarding Religious Sites.