Janaya Wilkins is the founder and CEO of SLO* active, the lifestyle brand dedicated to protecting the ocean by selling sustainable luxury ocean wear. 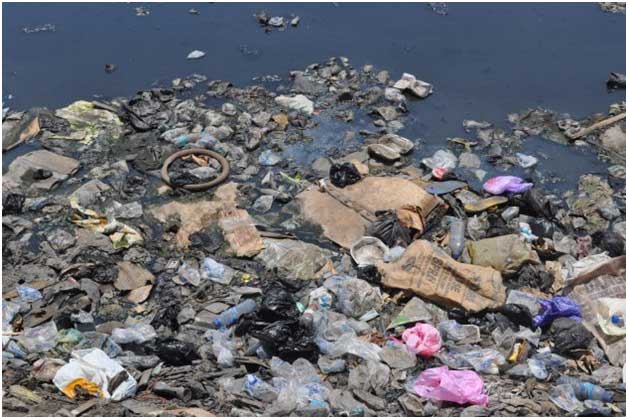 LONDON, Dec 20 2019 (IPS) - Plastic pollution is currently the largest global threat to marine life. Each year, 10-20 million tonnes of plastic ends up in our oceans, killing approximately 100,000 marine mammals and over a million seabirds.

Whilst the media has certainly helped raise awareness and inspire a change of attitude towards plastics, the amount of plastic in our oceans is still rising. As a result, vast numbers of sea species are now critically endangered, and the need for urgent action has never been stronger.

So, where does all this plastic come from? Well, around 80% of all marine debris, derives from from land-based sources. This includes littering, illegal waste dumping, and the improper disposal of products such as wet wipes, sanitary products and cotton buds.

The remaining 20% of marine debris is the result of ocean based activity. This is mainly from the fishing industry, but also caused by boats that collect trash and dump it out at sea.

Currently, there are more than 5 trillion plastic particles floating around the world’s oceans and this number is continuing to rise fast. According to the Ellen MacArthur Foundation and the World Economic Forum, there could be more plastic than fish in the ocean by 2050 if we don’t act now.

But what exactly would this mean for marine life?

The WWF states as many as 700 marine species are currently threatened by plastics. But whilst large numbers die from choking on shards of plastic, the chemicals in plastic such as petroleum and bisphenol, are proving just as deadly.

Recent studies have revealed that 50% of the world’s coral reefs have already been destroyed, and another 40% could be lost over the next 30 years.

When plastic is ingested, these toxic chemicals are released and absorbed into the body tissue. Overtime, this can impact fertility and weaken the immune system. As a result, those feeding on plastic are breeding less and becoming increasingly vulnerable to diseases and infections, resulting in population decline.

This is particularly concerning for top marine predators such as dolphins, polar bears and whales, with studies revealing higher contamination levels among predators at the top of the food chain. Yet this isn’t caused by ingesting plastic directly.

Instead, pollutants are accumulating in their bodies through a process called trophic transfer. This is where toxins consumed by smaller creatures such as plankton and krill are stored into their body tissue. Over time, these toxins are passed up through the food chain. In most cases, these toxins come from microplastics.

The Rise of Microplastics

Microplastic are small plastic particles (less than 5mm) and it’s estimated there are between 15-51 trillion of these individual individual plastic pieces floating in our oceans.

In a recent UK study, scientists examined 50 stranded sea creatures including porpoises, dolphins, grey seals and a pygmy sperm whale, and microplastics were found in the gut of every single animal.

And it’s not just ocean creatures that are at risk. Microplastics have also been discovered in seafood, with research suggesting that each seafood consumer in Europe ingests an average of 11,000 plastic particles each year.

How Can We Beat It?

Plastic pollution is a man-made disaster, and it won’t go away by itself. To end plastic pollution, we must start by reducing our plastic consumption, particularly single-use plastics.

Much of the power lies with the large corporations and manufacturers, and they desperately need to realise their responsibility, and find other alternatives to plastic.

But you can still make an impact on a smaller scale, by reducing your own plastic consumption and encouraging others around you.

It won’t be easy, since almost everything we buy is packaged in plastic. In fact, UK supermarkets alone produce 800,000 tonnes of plastic every year. But start by making small changes wherever possible.

Look for zero waste products like shampoo bars and deoderant sticks, or products made from plastic alternatives such as bamboo toothbrushes and glass milk bottles. Participate in a beach clean every time you visit a body of water.

There are also plenty of great charities working to help combat plastic pollution. Plastic Oceans, Project Aware and Changing Tides Foundation are just a few examples but there are many more out there to choose from!

*SLO active are an exciting new social enterprise dedicated to cleaning up and protecting our ocean. They are cause-led, focusing on oceanwear and activism. For every piece bought, SLO active will donate to one of their ocean charity partners of your choice. They call it ‘Earth to Ocean’. Learn more at https://sloactive.com/.