Why Covid-19 Choices Are Critical for Children 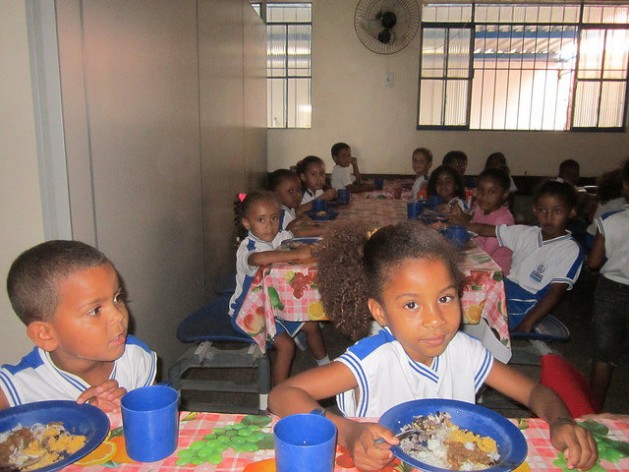 NEW YORK, Apr 24 2020 (IPS) - Children may escape the worst symptoms of Covid-19 and suffer lower mortality rates, but for millions, the pandemic will have devastating effects.

The choices that governments make now are crucial for children. Governments can both lessen the worst effects of the crisis on children in the months to come, and also put policies in place that will improve children’s lives long after the pandemic is over.

School shutdowns in 192 countries have left more than 90 percent of the world’s student population – more than 1.5 billion students – out of school. Many schools have moved online, but nearly half the world has no access to the internet, leaving many students even further behind
The pandemic has highlighted huge fault lines in many countries’ protections for children, including the lack of emergency action plans for large-scale school shutdowns, the overuse of detention, and insufficient safety nets for low-income families.

School shutdowns in 192 countries have left more than 90 percent of the world’s student population – more than 1.5 billion students – out of school. Many schools have moved online, but nearly half the world has no access to the internet, leaving many students even further behind.

The problem isn’t limited to low-income countries: last week in Phoenix, a high school principal found three students huddled under a blanket in the rain, trying to access their school’s wifi to complete their assignments.

As the global death toll — currently more than 190,000 – continues to rise, so will the number of children left without one or both parents. Orphaned children are particularly vulnerable to trafficking and other forms of exploitation. During the Ebola outbreak in West Africa, for example, girls who lost family members resorted to transactional sex to meet their basic needs, leading to a sharp increase in teenage pregnancy.

Even when countries are not in crisis, children are at greatest risk of violence in their own home. The United Nations secretary-general recently reported a “horrifying” surge in domestic violence linked to Covid-19. Family stresses related to the crisis – including job loss, isolation, excessive confinement, and anxieties over health and finances—have escalated violence between partners and against children.

Despite the increased risks, child abuse is less likely to be detected during the pandemic. Teachers – often the first to identify signs of abuse – have far less access to children, and many child protection agencies have cut back or eliminated home visits to avoid spreading the virus.

Massive global job and income losses are likely to increase rates of child labor and child marriage. The International Labor Organization projects that by mid-2020, nearly 200 million jobs could be lost globally from the crisis.

Before the pandemic, an estimated 152 million children were already engaged in child labor and 12 million girls married each year before their 18th birthday. Without government support to families struggling to meet their basic needs, these numbers will rise.

Children are also more vulnerable to online sexual exploitation, as they spend more time online and may be anxious or lonely due to school shutdowns and stay-at-home orders. Europol has documented an increase in online offenders seeking child sexual abuse material online and attempting to initiate contact with children through social media.

Millions of children are institutionalized or detained, often in crowded conditions where Covid-19 prevention measures such as frequent handwashing and “social distancing” are nearly impossible. UNICEF has warned of outbreaks in these facilities and called for a moratorium on new admissions and the urgent release of children who can be returned to their families or other appropriate care.

Governments that make smart policy choices now will not only protect children during the immediate crisis, but also benefit children significantly over the long term. Expanding internet access will transform education for many children, enhance their access to information, and strengthen their ability to organize and express themselves.

Transferring children out of institutions and detention centers will limit transmission of the virus, and also help countries transition to family-based alternatives for children, which are proven to be healthier, often cheaper, and for children in the justice system, linked to lower recidivism rates. Expanding networks of kinship and foster care can provide homes and critical support for children left without parents.

The economic crisis should prompt governments to strengthen social protection measures, such as cash transfers, to help low-income families hit hardest by the pandemic and enable them to meet their basic needs without resorting to child labor or child marriage. Hotlines and public education campaigns can help protect children at risk of violence in the home or online sexual exploitation.

The pandemic demands government leadership to protect children from the worst impacts of Covid-19. It also offers the chance for policymakers to put measures in place that will benefit children long after the pandemic ends.