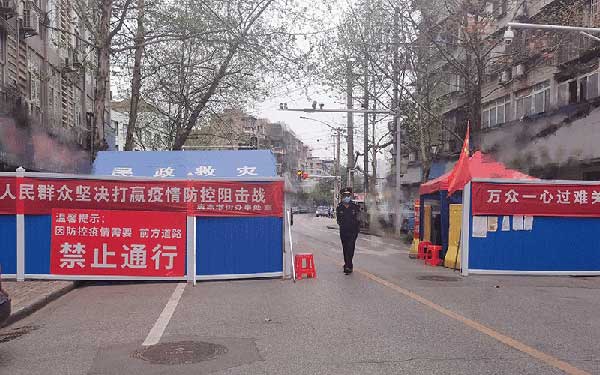 SYDNEY and KUALA LUMPUR, May 12 2020 (IPS) - Although Wuhan local authorities undoubtedly ostracized local medical whistle-blowers, notably Dr Li Wenliang, who suspected a new virus was responsible for flu-like infections in Wuhan in late 2019, official responses were apparently not delayed, and possibly even expedited, as the novel character of the SARS-CoV-2 virus, responsible for Covid-19 infections, was not immediately self-evident.

On 12 January this year, China publicly shared the genetic sequence for Covid-19 with the world. On 11 February, the International Committee on Taxonomy of Viruses named the newly discovered virus causing Covid-19 the “severe acute respiratory syndrome coronavirus 2 (SARS-CoV-2)”.

From praise to conspiracy
US President Donald Trump went from praising China for its transparent handling of the Covid-19 outbreak in January, after securing a deal ending escalating trade tensions, to accusing China of lack of transparency in March.

As he ratcheted up his criticisms of China’s handling of the virus outbreak, POTUS threatened China on 18 April with consequences if it was “knowingly responsible” for the pandemic.

Trump has also accused the World Health Organization (WHO) of being ‘China-centric’, suspending its funding at a time of exceptional need. Even the mainstream media has joined such attacks on ‘soft targets’, such as UN multilateral or inter-governmental organizations, constrained by their governance from robustly defending themselves.

Initially, President Trump had downplayed the pandemic threat, promising “it will all work out well” and insisting “it was totally under control”. Then, after grossly mismanaging the US epidemic, the Trump administration switched to a blame game, becoming ever shriller in his rhetoric as his approval ratings continued to slip from an initial all-time high.

Trump has insisted on terming Covid-19 a “Chinese virus”, and has tried to persuade allies to join him in blaming China for the pandemic. He has since ‘upped the ante’, by insisting the outbreak — which China could have stopped, but refused to, according to him — as worse than the Pearl Harbor or 9/11 attacks.

Japan, Taiwan and others seeking to mobilize against China’s ascendance have joined the anti-China, anti-WHO alliance. With US elections less than half a year away, the epidemic’s politicization is undermining the desperately needed multilateral cooperation needed to address the pandemic and its many ramifications.

Conspiracy theories
While some kooks still claim that the Covid-19 pandemic is an elaborate hoax, there are more biological warfare ‘conspiracy theories’, of varying degrees of plausibility, going around, with some actively promoted by politicians, even governments.

A coronavirus, referring to the European crown-like physical form or features of a virus, was first found in chickens in 1937, and has featured in various different contexts since, with coronaviruses first identified in humans in 1965.

The scientific evidence thus far is that the SARS-CoV-2 virus mutated naturally, resulting in at least three distinct strains, and could not have been ‘manufactured’ in a Chinese, US or other laboratory. Yet, conspiracy theories persist, with those blaming China of the worst getting the most publicity in a US election year.

Long the hub of Chinese industry, Wuhan is a city into which millions from the rest of Hubei and the two neighbouring provinces commute – not unlike the millions travelling daily into and out of New York City (NYC) from NY state, New Jersey and Connecticut.

But despite the heavier international traffic from NYC airports, no credible source would accuse NYC’s daily commuters of all travelling to the rest of the world in any particular month, even before a major holiday comparable to the lunar new year.

Although such flights were undoubtedly scheduled and advertised, all direct international flights from Wuhan were cancelled, and those from other cities via Wuhan were redirected to bypass China’s Covid-19 epicentre.

Daniel Bell, a Canadian professor, who had strongly criticized China’s authorities for grossly mishandling the epidemic at the start, challenged Ferguson’s implication that China deliberately allowed, if not encouraged, contagion beyond China, particularly to the West.

When asked for the basis for his claim, Ferguson sent Bell a link to a NYT story, which did not corroborate Ferguson’s claim that direct commercial flights from Wuhan to the US continued after 23 January, and well into February.

Similarly, other source links sent by Ferguson to Bell turned out to be ‘economical with the truth’, inaccurate or wrongly interpreted. Simply put, very little of the ostensible evidence Ferguson invoked actually supported his own allegations.

‘Heads, I’m right, tails, you’re wrong’
Ferguson eventually conceded that he had wrongly alleged that regular flights abroad left Wuhan after 23 January, but retaliated by questioning Bell’s other scholarship, including his recent book on China, and insisting that China should have cancelled all international flights in an updated blog.

Ferguson also challenges official data from China, citing the authorities’ revision of its data as new information becomes available – as one hopes others do as well, especially as the world struggles to understand and address new phenomena.

It should be amusing to see Ferguson’s considerable skills deployed for his next analytical contortion as he addresses new evidence, e.g., that a Paris hospital patient was already infected with Covid-19 in December despite no history of travel to China or contact with any known infected person.