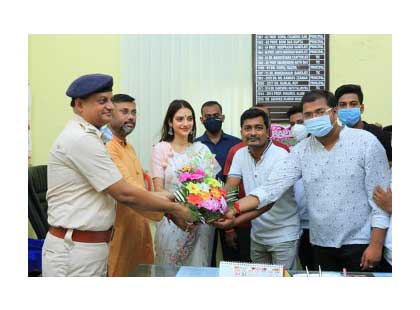 Indian member of parliament and actor, Nusrat Jahan has also been targeted.

NEW DELHI, India, Oct 23 2020 (IPS) - When a minority woman with an opinion doesn’t comply with stereotypes, she is targeted with online hate, says award-winning journalist and senior editor at The Wire, Arfa Khanum Sherwani in an exclusive interview with Inter Press Service.

Sherwani has been at the receiving end of online violence and hate, including rape and death threats, like her other women journalist counterparts, because she questions policies and performance of the present Indian government. What makes her experience of facing gendered and sexist online abuse different is the added layer of her identity: that of being a Muslim.

“The right-wing in India, like everywhere else in the world, likes to put certain communities in boxes. Muslim women are supposed to dress a certain way, speak a certain language or perhaps not speak at all. As a Muslim woman, with an opinion who does not fit their imaginary stereotypes, they use violence against me online,” Sherwani says. “When the trolls question my journalism, they make sure to question my religion and make the majority community look at my work through the lens of my religion alone to discredit my work.” 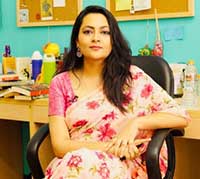 In 2018, five Special Rapporteurs of the United Nations urged India to urgently provide protection to author and journalist Rana Ayyub, who had been a target of an online hate campaign which included calls for her to be “gang-raped and murdered”. During the online assault, her contact details were made public, and there were references to her “Muslim faith”.

India has an ever-growing percentage of internet users and the various social media platforms act as a window for India’s marginalised communities to be able to express their opinions, seek an audience and build community.

Where on the one hand the internet has enabled participation in the public sphere with greater ease for marginalised groups, the increasing amount of online hate and violence, especially against women from these communities, has left them feeling vulnerable and, in many situations, threatened with physical harm.

The violence exacerbates when those with an opinion online identify themselves as women from a religious, racial or ethnic minority, or the LGBTQIA community.

In India, the increasing Islamophobia and violence against its largest religious minority, Muslims, is mirrored in the virtual spaces as well. Women from the Muslim community are targeted explicitly with slurs and sexist abuse, directed towards their religious identity.

Nabiya Khan, a 24-year-old Muslim poet and activist, is threatened online for her headscarf and Muslim identity than for her activism.

“Some call me Jahil Jihadan (meaning illiterate terrorist, with the word terrorist here having an Islamic connotation), others ask me to remove my headscarf and then speak up against any kind of social injustice. I am often asked to go to Pakistan accompanied by rape threats of the most vile kind.”

It is not only those who are on the platforms who are targets. The spreading of false news narratives against minorities, mostly religious and caste oppressed minorities like Muslims, Christians and Dalits has often led to women from these communities, even if far removed from these platforms, at the receiving end of real-life harm.

Sexual violence against women is a tool to humiliate and punish the broader community and strip it of its honour and integrity.

In 2013, for instance, a fake video depicting Hindu boys being brutally killed by a Muslim mob, posted on the Facebook page of a Minister from a right-wing party, went viral. The post led to massive communal riots in Muzaffarnagar, in Uttar Pradesh during which scores of women from the Muslim community were raped.

Seven years later there has not been a single conviction in any of the reported cases.

The video was removed. However, it had stayed on the platform long enough for Muslim women in a village in rural India to experience irreparable harm. 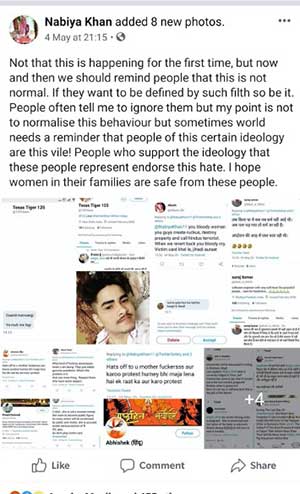 International human rights organisations, like the United Nations, have also taken cognisance of the growing vitriol online, with the office of the Special Rapporteur on Minority Issues, Dr Fernand de Varennes having made “hate speech, social media and minorities” a thematic priority at the start of his mandate.

De Varennes, in an interview with IPS, was particularly concerned about the effect of hate speech on minority women.

“To reduce what is occurring online as strictly only a matter of gender, exacerbated and normalised by hate speech in social media, is to hide the significant role of religion and caste which contribute to the specific continuing and even increasing stigmatisation of minority women,” he said.

He added that raising awareness of the extent to which hate speech had become a mainly minority issue had become one of his main tasks for this year.

The “disease of the mind”, he says, that constitutes hate speech may pile up, with misogynist attacks against minority women finding fertile grounds to propagate, since it becomes “more acceptable” for some to spew hatred against women who belong to supposedly “despised minorities”.

The intersectionality of online violence against women needs, therefore, to be acknowledged.

Nusrat Jehan, an actor and Indian Member of Parliament, has received online threats and violence for her career and personal choices both from within and outside the community.

“I keep on getting judgements, fatwas, death threats, etc. from religious extremist groups,” says Nusrat, a public representative. She had to seek additional personal security while in the UK after receiving online threats for posing as a Hindu Goddess on her Instagram page in September this year.

“I do not pay heed to the trolls and their judgments. Yes, there need to be stricter laws for account creation etc. on these platforms, but whatever be the rules and laws, things won’t change until mindsets change,” she adds.

Social media companies need to take the violence faced by women on their platforms more seriously and proactively block and take down harmful content.

Reports by some CSOs have brought to light how “Facebook lacks clear user hate speech reporting mechanisms for Indian caste-oppressed minorities” and how despite a year-long advocacy with the company, nothing changed at their front.

The experience of many women, from marginalised communities, concerning the reporting of hate online on these platforms, whether Facebook, Twitter or Instagram, has been far from satisfactory. Many of the women have had their accounts taken down for revealing the identities of their abusers.

India does not have laws specifically dedicated to dealing with online violence against women, let alone those that are specific to women from religious and caste oppressed minorities.

Experts point out that what is needed is the implementation of existing cyber laws in India rather than the introduction of new ones.

Khanum points out that she has little trust in the law enforcement mechanisms and therefore refrains from reporting it to the authorities. One of the factors of this mistrust is her fear that, because she is Muslim, her concerns will not be treated seriously. What concerns her is the impunity – where a great deal of hate directed towards her comes from the verified social media handles of people in positions of power, political and otherwise.

The writer is a Fellow at IPS UN Bureau