A Decade after the Arab Spring, Tunisia Fails to Keep up with the Process of Democratisation 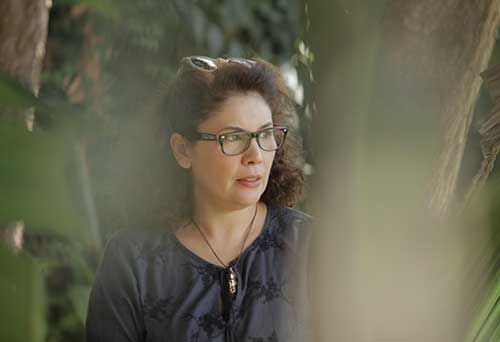 NEW DELHI, India, Dec 22 2020 (IPS) - Ten years ago a young street vendor, Mohamed Bouazizi set himself afire in the central Tunisian provincial town of Sidi Bouzid to protest against police harassment. Bouazizi’s sacrificial act served as a catalyst and inspired the Tunisian people to take over the streets that led to the Jasmine Revolution in the country. On January 4, 2011 Mohamed Bouazizi died, and ten days later the country’s authoritarian President Zine El Abidine Ben Ali’s rule ended when he fled to Saudi Arabia.

Those protests represented a historic turning point and inspired a wave of pro-democracy uprising across several Muslim countries including Morocco, Syria, Egypt, Libya and Bahrain.

One of the rare success stories that emerged from the Arab Spring was the story of Tunisia, with a regime change and ongoing process of democratisation. While Tunisia made important strides in protecting human rights by adopting a progressive new constitution and holding free and fair legislative and presidential elections, the country is still grappling with serious gaps in its legal system to protect its citizens.

Since 2011 Tunisia has witnessed over ten major government changes. The 2014 elections being significant political transitional moment in the country, with the consensus of the ruling political parties, Ennahda and Nidaa Tounes that promised to build on a “secularist – Islamist rapproachment”.

“Over the last ten years we have seen many changes in the Tunisian constitution and the political regime. By 2014, Tunisia’s new constitution had strong protections for women’s rights, which committed to protect women’s established rights, and to strengthen and develop those rights, guaranteeing equal opportunities between women and men,” says Khedija Lemkecher, women’s rights activist and a filmmaker from Tunisia to IPS.

“These constitutional changes made Tunisia one of the only few countries in the Arab region with a constitutional obligation through its democratic elections to work on gender equality, but it remained only on paper because the laws didn’t change the thinking of many people,” said Khedija.

In 2017, women’s rights in Tunisia made two more important and significant advances, when the Tunisian women were given the legal right to marry non-Muslim men. Following with the landmark law on violence against women was approved, abolishing Article 227 (a) of the Tunisian criminal code that allowed rapists to escape punishment if they married their victims.

In February and May 2019, a parliamentary committee in Tunisia ran two sessions to discuss a bill to end discrimination against women with regard to inheritance. Inheritance in Tunisia remains based on Islamic Sharia law, which stipulates that a son in the family is entitled to twice the share given to the daughter in the family. The parliament has since then failed to resume discussions on this bill till now, a clear setback for inheritance equality in Tunisia for women.

According to the 2019 Report on International Religious Freedom by the US State Deptartment, the Tunisian government declared the country’s religion to be Islam, also declared the country to be a “civil state” and designated the government as the “guardian of religion” and obligated the state to disseminate the values of “moderation and tolerance”.

Religion, however, in public life in Tunisia remains ambiguous, and the integration of political Islam, with several contradictory voices towards it democratic system also remains a big challenge.

“After the revolution in Tunisia, freedom of speech became a strong weapon for journalists and artists in the country. Today as filmmakers we don’t face censorship, we are free to speak but the problem is with the hate speech especially against women. There is a difference between freedom of speech and violent speech”, says Khedija.

Earlier this year a blogger in Tunisia, Emna Charqui was sentenced to six months in prison for sharing a satirical post about Covid-19 written in the form of a verse from the Quran. Despite Tunisia’s democratic progress, the Tunisian authorities have continued to use repressive laws to undermine freedom of expression in the country.

Leading rights group, Human Rights Watch in a report published in February 2020 urged the Tunisian government to make human rights a priority in the country, and asked the government to protect fundamental rights in eight key areas: ending criminal prosecutions for peaceful speech, arbitrary arrests by the police, abuses under the state of emergency, violence against women, the persecution of homosexuals, and achieveing accountability for past human rights violations, reforming its judicial and security sectors. Tunisian are still waiting to see all of their rights enshrined in law, stated the report.

Judicial harrasssments and the rise in arrests under anti-sodomy laws, invokng sharia law in bid to shut down LGBT rights group in Tunisia has also been a growing concern. Attempts to shut down advocacy groups defending the rights of lesbian, gay, bisexual, transgender and intersex people is contrary to international law and standards. Tunisian authorities must take conscious steps to revise its laws and practises to recognize and protect the LGBT community which is already marginalised in the country.

One of the biggest achievements and “hard won value of the Arab Spring”, according to Amnesty International was freedom of speech, all of which started from the streets of Tunisia. A decade later, Tunisia must keep in account that for any democratic process to be successful, it is important for its leaders to understand that the central pillars of democracy lies in its values towards human rights and protection of its most vulnerable citizens, without which no progress can be achieved.

The author covered the Arab Spring from London in 2011 for CNN International flagship program ‘Connect The World’ with Becky Anderson. A journalist and filmmaker based in New Delhi, she hosts The Sania Farooqui Show, where Muslim women from around the world are invited to share their views.