The country’s Environment Ministry is defending the January 29 auction as a conservation strategy, but conservations say the move is based on false population statistics, disputed claims of human-elephant conflict and puts 3% of Namibia’s last elephants up for sale 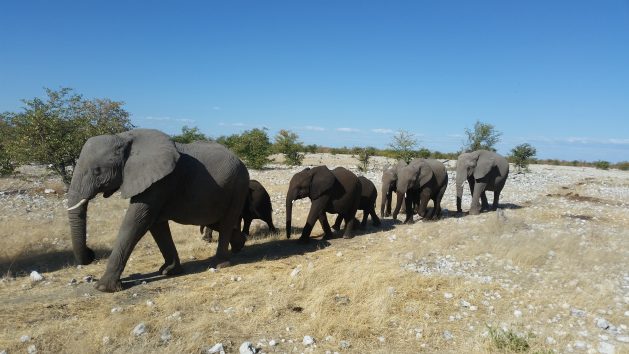 Namibian elephants in Etosha. Conservationists estimate that between 73 to 84 percent of the government’s quoted elephant population figure consists of ‘trans-boundary’ elephants, those moving between Namibia, Angola Zambia and Botswana. They put the resident elephant population in Namibia at 5,688. They are worried that with 170 heading to the auction block, Namibia is losing 3 percent of its elephant population. Courtesy: Stephan Scholvin

UNITED NATIONS, Jan 29 2021 (IPS) - Over 100,000 concerned petitioners have urged the Namibian government to scrap its plan to auction off 170 wild elephants — which include rare desert-adapted elephants — but the country’s Ministry of Environment, Forestry and Tourism said this week that today’s Jan. 29 sale will go on as planned.

On the eve of the event, the Ministry’s media posts stated that the country’s elephant population has ‘grown from an estimated 7,500 animals in 1995 to more than 24,000 today,’ with a large percentage living outside of national parks.

Namibia was the only African country with a large savannah elephant population to opt out of the 2016 Great Elephant Census (GEC), the first continent-wide standardised survey of elephants. The researchers concluded that there was a massive decline in the population. They stated that privately funded surveys were conducted in Namibia, but the results were not shared with their team. 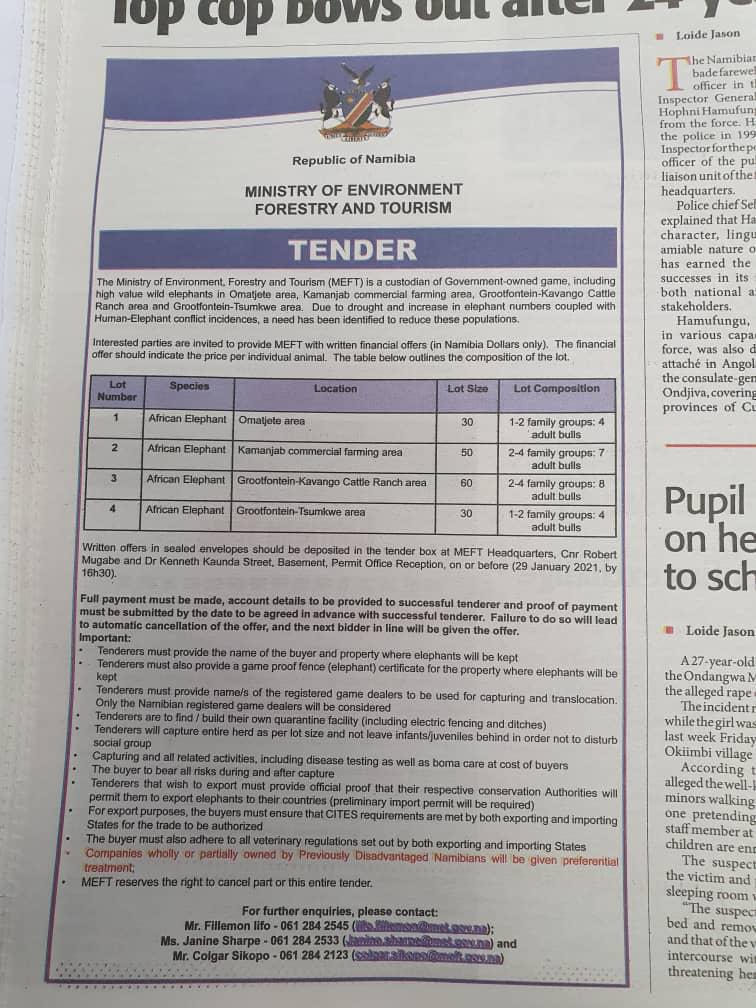 The advertisement for the sale of Namibia’s elephants.

“For thousands of years matriarch elephants have been leading their herds across multiple countries on huge migrations each year. Although we’ve slaughtered 95 percent of all elephants in 100 years, the last of these great herds still carry out their epic journeys. These international elephants don’t ‘belong’ to anyone and Namibia’s proposal to capture and exploit them is rightly being seen as a crime against nature,” said Mark Hiley of National Park Rescue, a non-governmental organisation that saves African Parks from closure.

The Namibian Government’s defence of the auction is two pronged. The Environment Ministry says apart from having too many of the animals, the sale will curb human-animal conflict. Local conservationists say it is a claim that ignores established protocols for protecting both rural residents and wildlife.

“We have proven solutions to the government’s claimed human-wildlife-conflict – including moving water points away from villages and electric fencing – but the government is ignoring them all. Despite their claims, it’s clear that their plans are about money not wildlife,” said Stephan Scholvin, Namibian professional guide and conservationist.

While the Namibian authorities defend the auction as a way to curb elephant numbers, protect residents and raise money for conservation activities, a 2019 bribery scandal that resulted in the imprisonment of the Ministers of Justice and Fisheries has left many wary of the present plan.

Adding to the uneasiness is the fact that Namibia was among 3 African nations denied permission to sell off its stock of ivory by the Convention on International Trade in Endangered Species of Wild Fauna and Flora (CITES). Those who vetoed the appeal said they feared the one-off sale would create a sharp increase in the demand for ivory and a spike in poaching.

“It’s important to understand who benefits from the sale of these elephants. I would suggest that creating a mosaic landscape in which humans and elephants can both thrive is a far preferable strategy than selling unwanted elephants to the highest bidder,” said biologist Niall McCann of National Park Rescue. 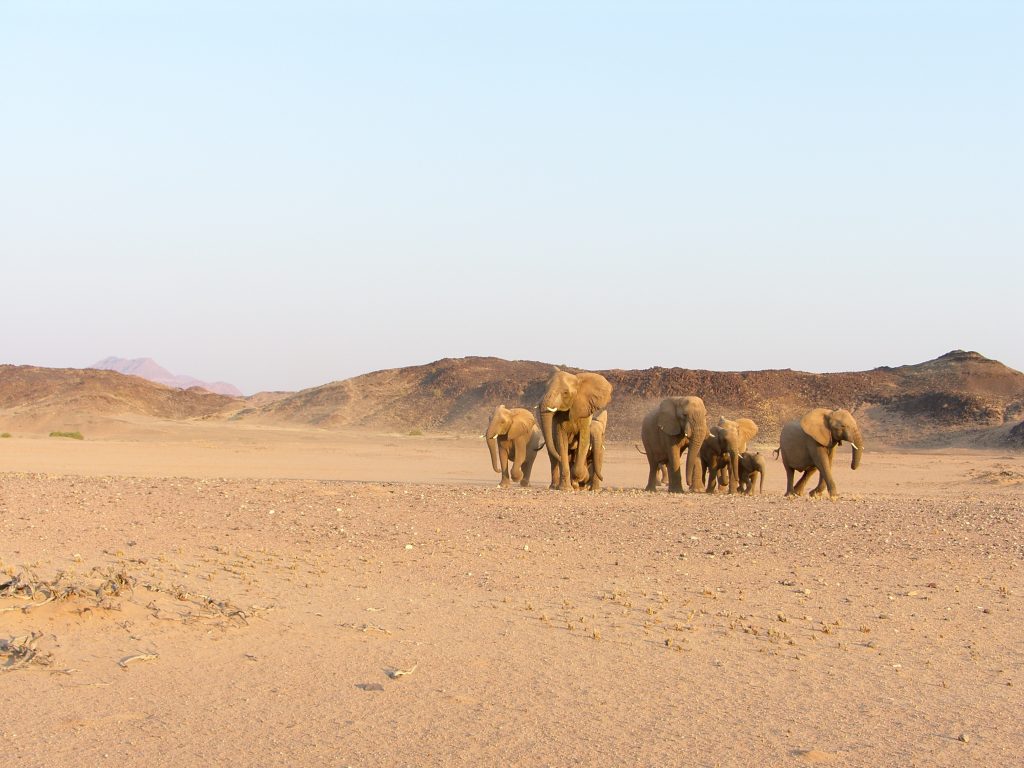 The petition against today’s Jan. 29 auction expresses concern that the authorities are possibly making way for more extensive oil drilling in Namibia’s Okavango Basin, often described as elephants’ last area of refuge. On its website, oil and gas company Recon Africa states that it is engaged in the exploration and development of oil and gas in the Basin – which includes parts of Northeast Namibia and Northwest Botswana.

“We need to stop viewing wildlife through the lens of immediate cash return and learn to understand the value of wildlife that is a living and breathing part of a functioning environment. Wildlife, including elephants, deliver tangible benefits to people in terms of ecosystem services, which will collapse if biodiversity collapses,” said Mary Rice of the Environmental Investigations Agency (EIA).

National Park Rescue’s Hiley said there is no justification for the elephant auction.

“Falsifying elephant population statistics and exaggerating ‘Human Wildlife Conflict’ (HWC) can be used by governments to generate revenue from inflated hunting quotas, justify sales to zoos or hunting farms, and initiate ivory-generating culls. Corruption is now as big a threat to elephants as poaching,” he said.