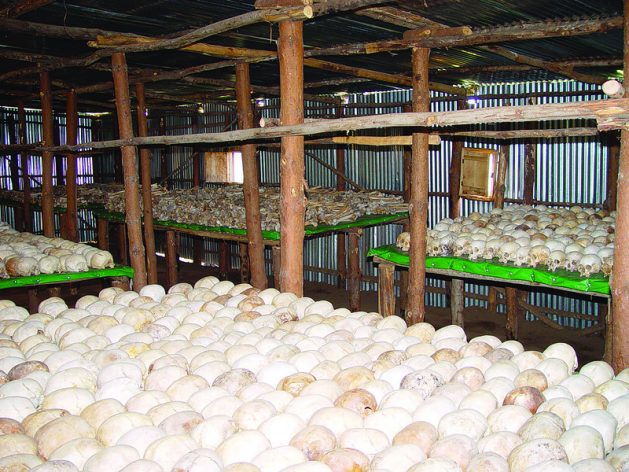 Remains of some of the over 800,000 victims of Rwanda’s genocide, which will soon be relocated to a new memorial site to preserve them. Jacqueline Murekatete, a survivor of the Rwandan genocide and founder and President of the Genocide Survivors Foundation (GSF). highlighted the importance of centring these discussions on genocide around survivors. Credit: Edwin Musoni/IPS

UNITED NATIONS, Jan 25 2021 (IPS) - Women and young girls are disproportionately affected by conflict and genocide, and that is why they should be a central part of conversations on the issue, according to Jacqueline Murekatete, a Rwandan survivor of genocide and founder and President of the Genocide Survivors Foundation (GSF).

“Survivors need to be invited to the table to share their testimonies,” Murekatete told IPS. “When people hear personal stories they’re more likely to want to get involved. It makes a huge difference to have their testimony.”

It’s also crucial for the narrative to distinguish between women survivors and survivors who are young girls in order to highlight the nuances of how young girls are affected when they are subject to sexual violence at a tender age, she said.

“I have friends who were raped at the age of nine. A nine-year-old child being raped and some of them being infected with HIV/AIDS means their whole life can be ruined. Raising awareness about the fact that it’s not just women, it’s also little girls, really elevates what genocide is. When you see children who are nine or ten, being gang-raped — it’s another level of violence, of evil that needs to be brought to light,” Murekatete said. 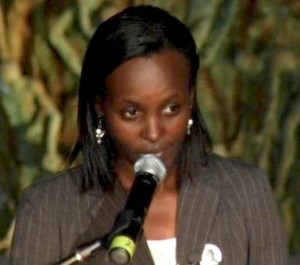 Murekatete spoke with IPS following a U.N. panel on “Women and Genocide” last week. The panel specifically highlighted the issue of how women were impacted during the Holocaust — where between 1941 and 1945 Nazis systematically murdered over 6 million Jewish men, women and children — and the Rwandan genocide of 1994 — where in just 100 day over 800,000 people, ethnic Tutsis and moderate Hutus, were murdered. It has since been recognised by the UN as the 1994 Genocide against the Tutsi in Rwanda.

Dr. Sarah Cushman, Director of the Holocaust Educational Foundation at Northwestern University, discussed the issue of gender and the Holocaust.

“Gender has been a part of Holocaust studies from the start,” she said. “Early explorations centred on the notions of a German crisis of masculinity – scholars saw this as a response to World War I.”

This supposed threat to their masculinity was “fertile soil for the emergence of a masculinist bellicose revival in the form of the Nazi party, and the person of Adolf Hitler,” she added.

“I don’t necessarily think they were trying to preserve ‘the gender hierarchy’ per se, but rather they sought to reestablish Germany as a masculine nation among other nations,” Cushman told IPS. “They viewed the ‘Jewish influence’ as creating a liberalistic, soft, effeminate and ineffective democracy. They aimed to put an end to that (among other things).”

Cushman was joined by Sarah E. Brown, Executive Director of the Centre for Holocaust, Human Rights and Genocide Education at Brookdale Community College, who spoke on the 1994 Genocide against the Tutsi in Rwanda.

The genocide left thousands of orphans like Murekatete, who lost her family at the age of nine. Murekatete currently runs GSF to make sure other survivors have a safe haven to process their trauma.

Excerpts of the full interview below. 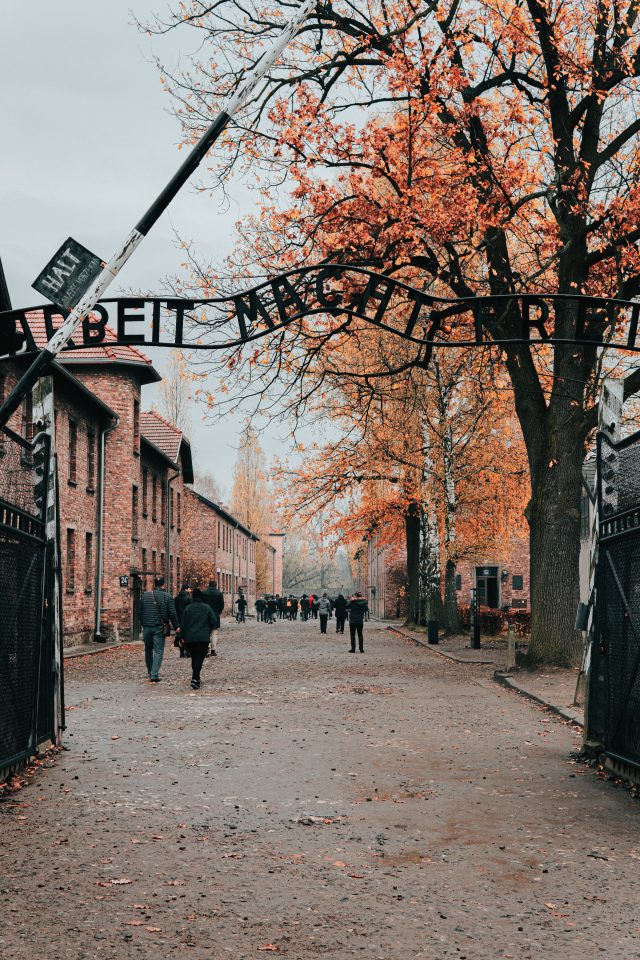 The gates of World War II concentration camp, Auschwitz. Approximately 1.1 million people — of whom 960,000 were Jewish — were killed in the biggest extermination camp from World War II. Photo by Jean Carlo Emer on Unsplash

Inter Press Service (IPS): Can you share how you realised as a woman, there are different implications of a genocide for you?

Jacqueline Murekatete (JM): I was nine when the genocide happened. I was a young girl, not a woman. Growing up in the aftermath of the genocide, and now as I work with genocide survivors, I have spoken with so many girls and women who have suffered so much because of their gender. During a genocide, every member of the targeted group suffers but women and girls have a higher level of suffering in that most of them are always victims of sexual violence.

During the Rwandan genocide, rape wasn’t just a random act. The Hutu extremists actually got on the radio to encourage Hutu men to make sure they rape Tutsi women and Tutsi girls before they killed them.

IPS: Sarah Brown said at the talk Hutu men ‘deliberately impregnated’ Tutsi women to make sure there are ‘Hutu children’ and also knowingly passed on HIV/AIDS. Can you speak to that?

JM: There have been women who were infected by Hutu men knowingly, who told the women they were going to die a very, very slow death. Many of these women contracted HIV/AIDS during the genocide. Although it’s been more than 25 years, the consequences of the genocide are still a daily reality for them. Some say they can’t forget because they still take pills everyday for HIV/AIDS.

Many say, everyday they look at their child and she/he looks like their rapist. So for these women, everyday is a reminder of what they suffered and they are still living with the physical and mental consequences of the genocide.

The relationship between these moms and their children was and remains very complicated. Many gave up their children for adoption because everyday was a reminder of what happened to them. Meanwhile, in some cases, these children were the only relatives these women had because the women or the girls’ families had been killed.

IPS: Sarah Brown also said women were given more leadership roles following the genocide, and the Rwandan government removed a bunch of laws that made women second-class citizens. Are women’s rights in Rwanda better after the genocide?

JM: This partly happened out of necessity. In many villages, sometimes you’d find that there were so many men that had been killed that women would end up taking roles that they had never taken on before.

This led to a cultural shift in women doing more work and having more leadership roles — including in politics. As women came into positions of power, a lot of women’s rights got better. For example, women couldn’t own property in Rwanda, and that has changed; and domestic violence is addressed with more access to services.

IPS: Can you elaborate on why it’s crucial for survivors to be present — and highlighted — at talks about genocides?

JM: I always highlight the importance of including people who are the actual survivors in conversations, for them to come and share their stories. I always say, we cannot be here debating about people’s lives who are not at the table, it’s just wrong. There is progress being made, but there’s still a long way to go in making sure that the voices that need to be at the table are actually at the table.