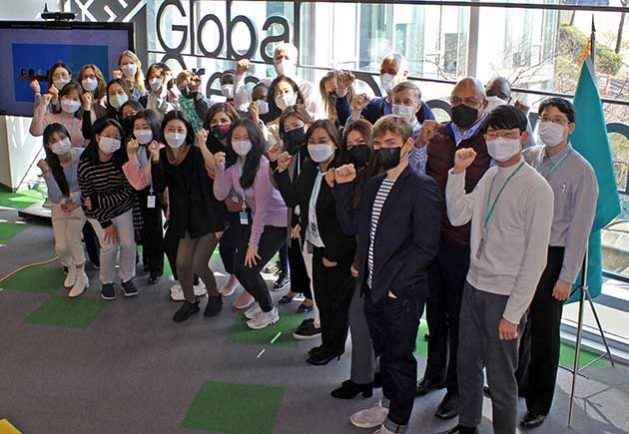 SEOUL, Republic of Korea, Mar 8 2021 (IPS) - As the global effort to address climate change has strengthened over the last few years, so has the realization that rising temperatures and climactic disruptions disproportionately impact women, particularly in developing countries, as they tend to be more dependent upon natural resources and are thus overrepresented in resource-intensive economic sectors. Furthermore, inherent in gender inequality are disadvantages for and discrimination against women in all facets of society, including in the economy and politics. Thus, it is unfortunate, yet perhaps unsurprising, that these structural disparities are mirrored in the negative effects of climate change. Therefore, if gender differences are not incorporated into climate change plans, women will be unable to access the co-benefits that arise from concerted climate action.

Thankfully, a rethinking of how to best address the climate crisisto reflect the reality of the situation on the ground has recently taken root. Empowering, educating, and directly engagingwomen has a direct effect on the development and implementation of “environmentally friendly decision making at household and national levels.” Therefore, it is not only beneficial but also essential for any holistic strategy designed to combat climate change to contain a strong component that addresses gender equality.

Fortunately, many countries and major international organizations are taking this realization to heart. For instance, the United Nations has prioritized gender in its climate change framework, including incorporating gender equality and women’s empowerment into Sustainable Development Goal 13, and unlocking the potential of gender equality as “an accelerator of sustainable development across all 17 SDGs.” Likewise, a number of Least Developed Countries (LDCs) have brought gender to the forefront of their climate responses, with Mozambique being the first to develop a Climate Change Gender Action Plan back in 2010, and many others who have since followed.

The need for holistic yet specific approaches

In pursuing low-carbon, socially inclusive sustainable economic growth, one size does not fit all, therefore nations and the groups supporting them are cognizant of the need to tailor-make strategies and responses specific to the needs of local communities. The Global Green Growth Institute (GGGI) launched its Gender Equality and Social Inclusion Strategy 2021-2025 highlightingthe experiences of GGGI and its Members and Partners.

In its mission to support Members build “a low-carbon, resilient world of strong, inclusive, and sustainable growth,” GGGI has placed the ethos of “leaving no one behind” front and center to its green growth approach. As such, the new strategy is considered an essential part of the organization’s overall long-term strategy to achieve poverty eradication, social inclusion, environmental sustainability, and economic growth in its Member and Partner countries and in alignment with SDGs and human rights.

At its core, the strategy seeks to help bring about inclusive low carbon growth that creates better healthcare outcomes andempowers women and indigenous peoples by creating decent green jobs in both the formal and informal economic sectors, as well as by expanding access to services in communities that have been historically underserved or locked out of the formal economy. On the ground, this means ramping up green investment and increasing the societal and political participation of women and marginalized groups in areas that most affect them in developing countries, such as agriculture, forests, waste management, transport, green buildings, and renewable energy.

More specifically on the issue of renewable energy –an essential component to any climate strategy –the sector contains great potential in terms of job creation and growth and is thus an area ripe for facilitating the participation of women. As the renewable energy sector emerges and expands in developing countries, governments are taking steps to decrease the heretofore male dominated nature of it and create entry points for women along the energy value chain.

In Rwanda, for example, the government has developed an energy policy that emphasizes STEM education and training for women. Furthermore, with support from GGGI, Rwanda has developed a comprehensive infrastructure gender mainstreaming strategy that aims to achieve “the equal participation of women and men in the sector by enhancing job opportunities and strengthening the capacities of infrastructure developers to address gender equality.” There are concrete targets involved as well. In the near term, Rwanda intends to increase female labor force participation in government utility groups to 30 percent. Perhaps more significantly, the country is working toward achieving universal access to electricity by 2024. This will have positive knock-on effects for the female population as the rural electrification rate in Rwanda is currently very low, and women are disproportionately represented in the rural economy. Bringing electricity to rural areas creates more opportunity for women in terms of education and jobs, including jobs in the renewable energy sector that will power that rural electrification effort. Another sector that is part and parcel to fighting climate change, as well as to providing overall environmental health and wellbeing, is waste management.

This is particularly true in developing countries where sometimes subpar sanitation systems and waste removal processes entail burning petroleum products as well as contribute to poor health outcomes. Yet, the sector also often provides important sources of income for lower-skilled and/or informal economy workers, which unfortunately includes a lot of women. These factors make sustainable interventions in this sector an important component in the intersection between climate justice and gender equality.

In Lao PDR, which has an informal economy of waste pickers who perform collection duties for recyclables, a concerted effort is underway to formalize the waste management sector and capitalize on opportunities to turn waste into resources. As part of its Green Cities Program, GGGI has identified waste management as a priority area in Lao PDR and is supporting the country’s work to “adopt a paradigm change from a waste management to a resource management approach.” GGGI is working with waste picker groups in the informal economy –workers who lack job security and health and safety protections –to integrate them into the mainstream collection service and waste recycling industry and, more broadly, to transform the sector to lead to improved workers’ benefits, health, and safety. This approach, then, helps set Laos on an inclusive green growth pathway by developing eco-friendly and renewable sources of nutrients for crops and the like, while also growing economic opportunities for women and other marginalized groups that have had to cope with the struggles of living in the informal labor force. Organizing the informal waste sector will have the benefit of helping to de-marginalize these workers and bring them some of the protections and rights afforded to those in the formal economy.

Inclusivity as a key to green growth

These two different examples in two different parts of the world, help illustrate that meaningful climate action must be taken by concurrently addressing gender disparities and inequalities. Green growth policies and approaches that do not address gender equality and inclusion can have the effect of being counter-productive or, at best, further entrenching the status quo of large segments of society prevented from access to the benefits of growth. Therefore, firm commitments and deliberate strategies are required to aggressively tackle gender disparities and inequalities in the context of climate action. This is what GGGI and its Members are doing with its Gender Equality and Social Inclusion Strategy. Maximizing social co-benefits and inclusion via GGGI’s programmatic work to combat climate change and grow economies in developing countries helps ensure that gender equality is a “pre-requisite for the green growth transformation.”