The writer is with Geneva Solutions, a non-profit journalistic platform dedicated to International Geneva. 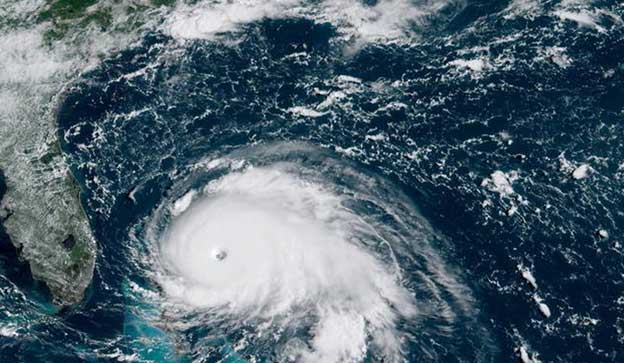 After 2020, the names Dorian, Laura, Eta and Iota summon memories of deadly destruction. The four hurricanes were so damaging that the WMO’s regional body that oversees storm activity in North America, the Caribbean and Central America decided to cross out the names from the rotating list they use to designate these extreme weather events in the Atlantic.

Names are given by weather forecasters to avoid confusion between events and make it easier for warning purposes. Each region has its own naming system.

For example, in the Atlantic Southern hemisphere, names are in alphabetical order and alternate between women’s and men’s names.

When the events result in great loss of life and damages, their names are taken out of rotation and replaced with new ones. The committee’s decision brings the number of retired names in the Atlantic to 93 since storms began to be named in 1953.

“Hurricanes don’t care about international boundaries. We all face similar dangers from tropical systems. Impacts from a single storm can affect multiple countries, so it is critical we have a plan, coordinate our efforts, and share challenges and best practices.”

Last year marked a record breaking season, getting off to an early and rapid start with a record nine named storms from May through July, according to the committee.

Hurricane Dorian in 2019 was the strongest one on modern records to strike the Bahamas. Damages were estimated at $3.4bn and around three quarters of all homes on the island were damaged.

Last August, category 4 hurricane Laura ravaged the US state of Louisiana, resulting in more than 70 casualties.

Major hurricanes Eta and Iota also broke records as they landed both in Nicaragua only two weeks apart in November, when the season is usually winding down. The storms affected 8.3 million people across Guatemala, Honduras and Nicaragua.

“Developing countries and small islands in the Caribbean and Central America are increasingly vulnerable to the impacts of tropical cyclones, which can overturn years of socio-economic development in a matter of hours.”

“In 2020, we saw this once again with tragic effect,” said Evan Thompson, president of WMO’s regional association for North America, Central America and the Caribbean.

This season was only the second time after 2005 that the WMO had to resort to the Greek alphabet after exhausting the 21 names beginning with a letter of the alphabet. The season went through a total of six Greek letters.

However, the committee said that it would stop using the Greek system as “it creates a distraction from the communication of hazard and storm warnings and is potentially confusing”. It has replaced these with an additional list of names according to the standard alphabet, excluding names beginning with Q, U, X, Y and Z which are still not common enough in local languages for communication purposes.

Source: This article was originally published by Geneva Solutions and re-published in UN Today, the official magazine of international civil servants.