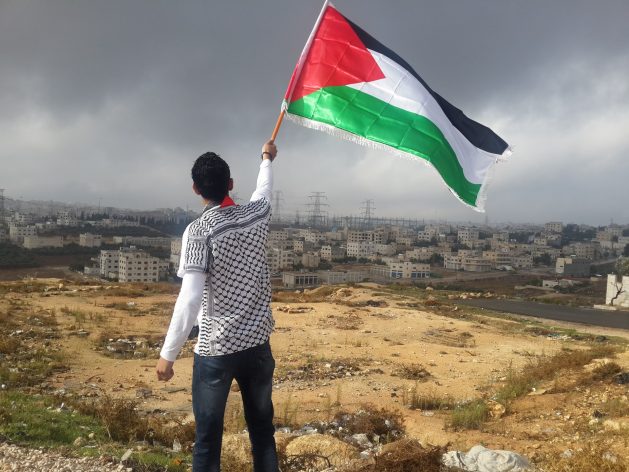 When the previous US administration pulled its aid, the impact was enormous on the Palestinian people. As a result, funding for hospitals in East Jerusalem dropped, which would then go on to affect Palestinians during the pandemic. Photo by Ahmed Abu Hameeda on Unsplash

UNITED NATIONS, Apr 9 2021 (IPS) - The Trump administration’s decision to cut off assistance to the United Nations Relief and Works Agency (UNRWA) caused considerable hardship for Palestinian refugees during the coronavirus pandemic, particularly those in Gaza where a majority of the population are refugees and poverty is rampant due to Israel’s blockade, Khaled Elgindy, a Senior Fellow at the Middle East Institute (MEI), told IPS.

Elgindy, also a Director of Programme on Palestine and Palestinian-Israeli Affairs at MEI, shared his insight with IPS following the U.N. event “Delivering Critical Assistance for Palestine Refugees: Challenges and Opportunities in a Complex Context.”

At the panel, numerous speakers gathered to share the current situation Palestinian refugees are facing because of a combination of different issues: the COVID-19 pandemic, poverty, as well as the “protracted conflict” they were in before the pandemic hit.

The plight of the community at the intersection of a global pandemic and a massive conflict was articulated poignantly in a story shared at the panel by Philippe Lazzarini, the Commissioner-General of UNRWA.

Lazzarini said he saw “despair growing” in the refugee camps across the region and he was alarmed during his recent visits to camps in the West Bank, Gaza, Jordan, Lebanon and Syria.

On one visit in south Lebanon, he met with a Palestinian refugee who said he constantly asks himself whether he would die from COVID, from hunger, or while trying to cross the Mediterranean on a dingy.

“With the pandemic, we’ve seen quite a dramatic impact on the economy — 40 percent households on the West Bank kept seeing their income decline by more than half [and] unemployment increased in the camps, by as high as 23 percent. In Gaza, unemployment has hit 49 percent which is very, very dramatic,” Lewis said.

Lewis’ concerns were echoed by other experts who spoke with IPS following the event.

Yara M. Asi, a post-doctoral scholar at the University of Central Florida, said while Palestinians were already in a precarious place even before the pandemic, the economic loss from the lockdown hit them hard.

“When the pandemic hit, the economy was essentially closed for weeks,” she told IPS. “All gatherings were cancelled, including weddings, which is a huge industry in the summer months.”

Lewis of UNRWA also pointed out that the socio-economic condition is “dire”, while the community lives in parallel to the continuous issues with the occupations, including “settlement activities and demolitions.”

There was also concerns for Palestinians not getting enough vaccines and how that might continue to affect their livelihoods.

“The pandemic isn’t over yet and Palestinians do not yet have a significant vaccination campaign, so [the economic fallout] could be much greater,” Asi told IPS. “Meanwhile, Israel has neglected its duties as an occupying power during the pandemic, only providing some shipments of masks and testing kits and then a nominal number of vaccines.”

Hamada Jaber, from the Palestinian Centre for Policy & Survey Research, echoed this concern.

The panel took place on the same day that U.S. President Joe Biden restored a higher than $200 million aid package to Palestine that former president Donald Trump had revoked.

When the previous administration pulled its aid, the impact was enormous on the Palestinian people, Asi said. As a result, funding for hospitals in East Jerusalem dropped, which would then go on to affect Palestinians during the pandemic.

“Of course, during COVID, people are still getting cancer, and having high-risk pregnancies, and experiencing any other number of health ailments,” she said. “So, unfortunately these cuts have really limited the ability for these hospitals to serve these patients.”

But Elgindy of MEI doesn’t believe the funding will do enough. He said the aid is “rather modest and is unlikely to have a significant impact on the Palestinian economy.”

She identified the importance of economic support that Palestinians will need, but said there is a long-term lesson as well.

“I hope the lesson learned from this is that occupation is not sustainable. Israel cannot choose to exercise both maximum control over Palestinian life while assuming no responsibility for it, and limiting the ability of the Palestinian Authority to handle it themselves,” she said.

Lazzarini summed up the issue in just a few words: “During a global pandemic, no one will be safe until the most vulnerable are safe.”