The writer* served as Executive Director, Global Policy Forum, from its foundation in late 1993 through the end of 2012. 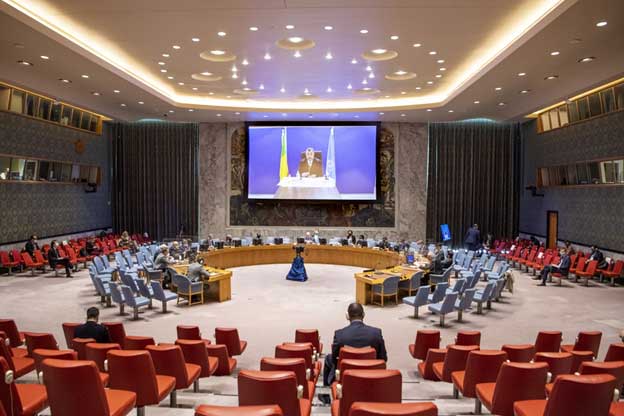 NEW YORK, Apr 12 2021 (IPS) - Commentators talk about a “new Cold War” between the United States and China. They sometimes conclude that the geopolitical rivalry between these two major powers has ruined the effectiveness of the UN Security Council through hostile vetoes and other barriers to Council action.

In fact, however, damaging rivalry on the Security Council is nothing new. The Council has always been hobbled by vetoes and other special privileges of the Permanent Members.

Geopolitical rivalry between the Permanent Five – the US, UK, France, China and Russia –has been a standard feature of the Council since its earliest meetings seventy-five years ago, repeatedly preventing the body from fulfilling its mandate.

Today’s US-China clash has affected the Council, of course, but not nearly as severely as Great Power rivalries in the past.

Some analysts have argued over the years that the Council’s ten Elected Members have moderated the body’s oligarchic tendencies and given it a more effective and “democratic” character. But this is a pipe dream.

Elected Members have a very secondary role, even when they are rich or very populous, like Germany or India. They have a short, two-year term in office and the Council’s rules are stacked against them. The Permanent Members act ruthlessly (if decorously) to hold onto their privileges and to gain global advantage.

Planning for the foundation of the United Nations was undertaken during World War II, by the “Big Three” – or the “Three Policemen” as President Roosevelt liked to say in private. The US, Britain and the Soviet Union sought to take control of world “security” and ensure domination over their own spheres of influence.

As the archives make clear, they wanted control over natural resources and markets for their products and other material benefits – though of course this control was presented in more palatable terms like “preserving the peace.”

Eventually, before the UN Charter was finalized, France and China were invited to join the oligarchy as junior partners. The rest of the nations had to accept the arrangement: take it or leave it.

Over the years, there have been many forms of conflict among the five. The first systemic rivalry pitted old imperial rivals – Britain and France – against more recent powers – the United States and the Soviet Union.

As independence movements challenged the colonial overlords and liberation wars erupted, “Big Three” solidarity collapsed and the Council was unable to act. Britain and France, using vetoes and other means, systematically blocked Council action that would threaten their colonial authority.

The Council could not even hold debates or discussions on most colonial conflicts, not matter how brutal and bloody. Algeria, Kenya, Vietnam, and many other wars disappeared from the Council’s purview.

From the earliest years, then, it became clear that the Security Council was not an instrument for even-handed peacemaking (as many internationalists and peace-advocates had hoped) but a scene of politely ferocious diplomatic rivalry and maneuvering for global advantage.

The colonies won their independence eventually, with help from the UN General Assembly, but not thanks to the Security Council.

Then there was the “Cold War” between the United States and the Soviet Union, flaring up in the late 1940s and continuing until the late 1980s. Each sought hegemony in the decolonizing global order.

This rivalry, too, had a great impact on the Security Council and led to many vetoes and organized inaction on wars and conflicts worldwide. The Soviets used the veto on conflicts in Czechoslovakia, Hungary and other places, while the United States and its allies similarly blocked Council action on Vietnam, Palestine, Cuba, Cyprus, Western Sahara, and many other lands.

The multiple rivalries around the globe resulted in Council gridlock that was considerably worse than what we see today. The Council in those days met infrequently and its production of resolutions and statements was sparse. 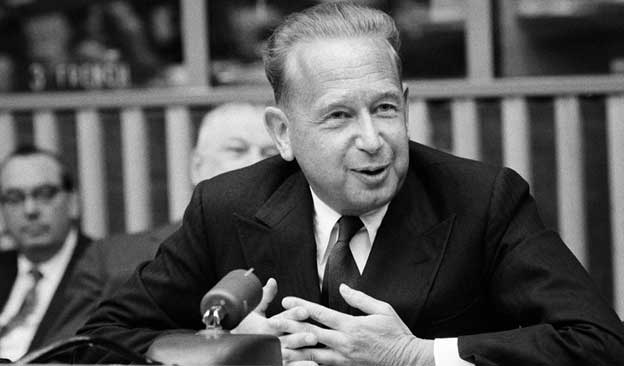 UN military action in the Congo in the early 1960s appeared to be an exception, but the results in the end were hardly encouraging. UN Secretary General Dag Hammarskjöld perished in a highly suspicious airplane crash in the African jungle; a military dictator soon emerged in Congo to protect Western mineral interests.

In 1989, after the Soviet Union collapsed, there was a brief period of Council cooperation and more jointly-agreed activity. Council Meetings increased in frequency, vetoes waned and resolutions increased dramatically in number.

There was brief hope that the Council would at last be effective. But this honeymoon did not last long and rivalries soon re-emerged. China, the least active member of the Council, began to extend its global ambitions and to take its Council role seriously.

Russian vetoes and blockages came to the fore again. The Western three, as always, did not hesitate to use their muscle and their blocking power –and they frequently denounced their Council rivals in heated terms. Inevitably, Council action suffered.

But the Council remained far more active than it was in its first fifty years. Wherever we look, past and present, there is no idealized period of lasting cooperation and commitment to peaceful outcomes.

Rivalry and proxy wars still prevail in the global landscape between the titans. What a tragedy that these powers are in charge of solving the very problems that – much of the time – their rivalry creates!

China’s huge economic success and its large population give it a big advantage in the geo-strategic sweepstakes today. It’s hard to remember the passive China that did so little in the Council just two decades ago.

Whatever its current self-interest in Council matters, China is not hostile and negative towards the UN as is its nemesis, the United States. China’s alliance with Russia adds to its clout in the Council and in diplomacy more broadly.

The United States, meanwhile, is hobbled by its negative approach to multilateralism. Bristling with military power and inclined to bullying other countries, the US is still the capo dei tutti capi, the boss of bosses on the world stage. But for how much longer and with what impact on the Council’s future?

The US-China rivalry has not altered the Council dramatically, but it reminds us that there is now a fifth rival that the other four must take closely into account. Council decision-making has a radically new geometry.

The US-China clash may last for years, but it certainly will not be the last major Council fault-line. As long as the oligarchy of the Permanent Five persists, there will future diplomatic battles and future barriers to constructive Council action.

We can and must hope for more. To be truly effective in the future, the Council must be substantially reformed. The Five Policemen, the Council’s oligarchs, should have no place in a democratic and peaceful institution.

But how do we successfully change this archaic structure? Certainly not by creating new Permanent Members and endorsing new national power centers. There are already five too many foxes in the global chicken coop!

Fundamental change will have to come from below, from public pressure, from campaigns that demand a real peace, not Cold Wars without end.

* As Executive Director, James Paul was a prominent figure in the NGO advocacy community at the United Nations and a well-known speaker and writer on the UN and global policy issues. He is the author of “Of Foxes and Chickens”—Oligarchy and Global Power in the UN Security Council.