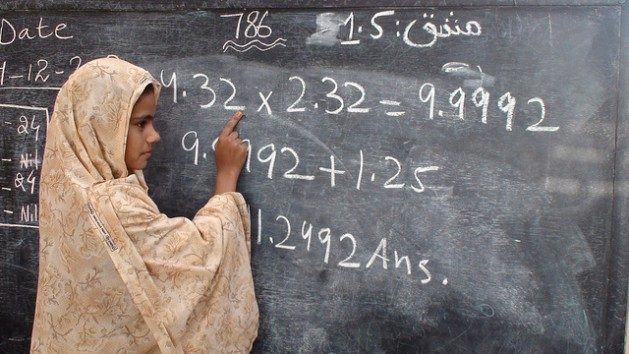 Nov 30 2021 (IPS) - Despite the advances that have been made against HIV, the world has 37 million people living with HIV. And 680,000 people died from AIDS-related causes in 2020. While the prevention of mother to child transmission, and provision of treatment as prevention, are great successes, there are still gaps. Over 1.5 million new HIV infections were recorded in 2020.

In 2020, adolescent girls and young women aged 15 to 24 accounted for 25% of new infections, while making up only 10% of the population. Six in seven new HIV infections among adolescents (aged 15 to 19) were among girls, even though boys live in similar contexts. Young women aged 15–24 years old were twice as likely to be living with HIV compared with men.

In addition to the difference in risk between the sexes, other risk and protective factors may have an influence. So, within the population of adolescent girls and young women, differences in their unique risk profiles mean that some may be at a higher risk of HIV infection than others.

In 2020, adolescent girls and young women aged 15 to 24 accounted for 25% of new infections, while making up only 10% of the population. Six in seven new HIV infections among adolescents (aged 15 to 19) were among girls, even though boys live in similar contexts

Understanding risk profiles helps us realise that HIV is more than just a virus. These profiles highlight how HIV risk and HIV prevention uptake are influenced by biological, socio-behavioural and structural factors. So while new HIV prevention options may become available, adolescent girls and young women will weigh up the benefits of using them.

They consider factors such as partner trust, the social value of relationships, their perceived risk and the economic and social consequences that occur as a result of using them. All this happens in the context of the structural inequalities that sustain risk – things that individuals can’t always control.

Risk profiles – the unique combination of factors that work to mediate HIV risk – should inform responses to the evolving pandemic. More nuanced and locally responsive approaches are required.

As the world aims for the 90-90-90 goals, it’s useful to see who is falling behind. Global data suggests that in 2020, 84% of people living with HIV know their HIV status, 73% of those are accessing HIV treatment and 66% of those on treatment are virally suppressed.

Hidden in these successes are those who have still not been reached by HIV prevention and treatment efforts, who are put at risk by inequality, exclusion and social and economic vulnerability. What is the profile of those who have still not been reached? What factors within those profiles prevent us from reaching them? And how do we tailor interventions that respond to local contexts of risk? A large number of studies and programmes have already provided some of these answers.

Age-disparate relationships often have social, emotional, economic and sexual value that may outweigh potential risks. But they are usually characterised by power dynamics that make discussions about sexual health difficult. In contexts of high female poverty and partner dependency, the power and gender inequalities of these relationships will increase the risk of HIV infection and may limit the ability of adolescent girls and young women to negotiate safe sex practices.

Gender-based violence: Adolescent girls and young women who are victims of gender-based violence will have risk profiles that make them more vulnerable to HIV infection. In contexts where female poverty is high and retaining relationships is critical for survival, agency to make sexual health decisions may be difficult.

In South Africa, home to the largest HIV pandemic, over 10,000 people were raped between April and June 2021. Many of these incidents took place at the home of the victim or the home of the rapist. In the same period, over 15,000 domestic violence assault cases were reported. These high rates of gender-based violence highlight that access to HIV prevention services are necessary but not sufficient to protect women from HIV infection.

Use of HIV prevention services is influenced by inequalities in access and by social and gender norms. Access does not equate to uptake. A lack of knowledge about sexual health, inequitable gender norms around sex, and conservative social norms about adolescent sexual well-being contribute to poor uptake of sexual and reproductive health services among adolescent girls and young women.

In sub-Saharan Africa, a more nuanced view of the risks faced by adolescent girls and young women will be essential for developing targeted and relevant interventions. These efforts will also help reduce inequalities and build societies more resilient to future pandemics.