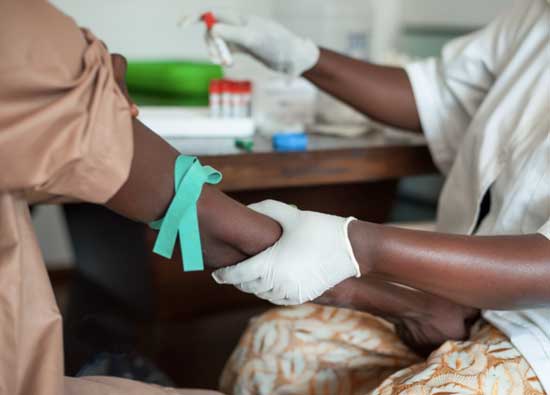 GENEVA, Dec 1 2021 (IPS) - This week I called out to the world to warn them that inequalities are making us all unsafe. I noted starkly our new analysis that we face millions of additional AIDS deaths – 7.7 million in the next decade alone – as well continued devastation from pandemics, unless leaders address the inequalities which drive them. We have to treat this threat as an emergency, as a red alert.

To end AIDS, we need to act with far more urgency to tackle these inequalities. And it’s not just AIDS. All pandemics take root in, and widen, the fissures of society. The world’s failure to address marginalization and unequal power is also driving the COVID crisis and leaving us unprepared for the pandemics of tomorrow. We need all leaders to work boldly and together to tackle the inequalities which endanger us all.

To tackle inequalities requires leaders to take these courageous steps:

At the United Nations General Assembly High-Level Meeting on HIV/AIDS in June this year, member states adopted a bold new plan to end the AIDS epidemic, including new targets for 2025.

We are seeing around the world examples of the transformative impact of tackling inequalities – with some people and some countries making progress against AIDS that many had believed impossible. These prove that it can be done, and guide us in what we need to take to scale worldwide to end AIDS.

On my recent visit to Senegal, I saw the power of leadership in driving down new HIV infections. In Dakar I met with the inspirational Mariama Ba Thiam, a peer educator at a harm reduction programme for people who inject drugs.

The programme helps them protect their health and to secure economic independence. Mariama’s approach works because it starts by considering the whole person, connecting the medical with the social. It rejects the failed punitive and stigmatizing approaches taken by so many, and it instead respects the dignity of every person.

It succeeds because it involves frontline communities in service provision and in leadership, and because it recognizes that access to the treatments grounded in the best science is a human right and a public good. We know what success looks like, and it looks like Mariama. Thousands of Mariamas worldwide have shown the way by walking it.

But in too many cases we are not only not moving fast enough to end the inequalities which drive pandemics, and are moving in the wrong direction – tech monopolies instead of tech sharing, donor withdrawal instead of global solidarity, austerity instead of investment, clampdowns on marginalised communities instead of repeals of outdated laws.

Six in seven new HIV infections among adolescents in sub-Saharan Africa are occurring among girls. Gay men and other men who have sex with men, sex workers, and people who use drugs face 25-35 greater risk of acquiring HIV worldwide.

Progress in AIDS, which was already off track, is now under even greater strain as the Covid crisis continues to rage, disrupting HIV prevention and treatment services, schooling, violence-prevention programmes, and more. Harm reduction services for people who use drugs were disrupted in nearly two thirds (65%) of 130 countries surveyed in 2020.

We have reached a fork in the road. The choice for leaders to make on inequalities is between bold action and half-measures. The data is clear: it is being too gradual that is the unaffordable choice.

Leaders need to turn this moment of crisis into a moment of transformation. Ending these inequalities fast is what needs to be reflected in every leader’s policy programme and every country’s budget.

If we take on the inequalities which hold back progress, we can deliver on the promise to end AIDS by 2030. It is in our hands. But if we don’t act to end inequalities, we will all pay the price.

Inequalities kill. Every minute that passes, we are losing a precious life to AIDS, and widening inequality is putting us ever more in danger. We don’t have time.