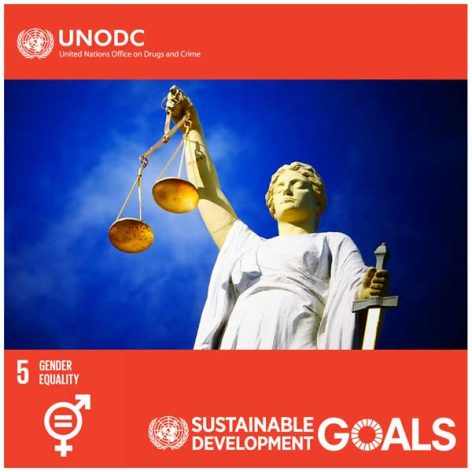 BONN, Mar 7 2022 (IPS) - When I was a young girl, a friend and I spent our summers building a treehouse. We built it because our older brothers were building one and wouldn’t allow us to help them. So, we asked our parents to support us through the procurement of basic tools, collected scrap wood from the local hardware store, chose a tree, and then spent day after day puzzling beams and boards together into structure in which only people of our small size could fit.

Our brothers would often scope out our progress, refusing to believe we had managed some of the architectural feats on our own, but we didn’t mind their judgements. It was sturdy, it was ours, and it was perfect.

Although we’ve outgrown the treehouse now too, I pay it a visit from time to time, remembering the seasons spent among the branches building our humble stronghold – and building ourselves. Those summers taught me that even with the most minimal amount of support, there was little I couldn’t do with hard work, resourcefulness, teamwork and friendship.

I share this story today, ahead of International Women’s Day 8 March 2022, because I believe that every woman has such a story – likely one that involves far more odds that had to be overcome than the simple and privileged ones from my youth. Indeed, the statistics about gender equality in the context of sustainable development continue to be staggering.

But what is more staggering still are women’s stories of triumph despite the obstacles – when they’ve turned others’ doubts into opportunities, when the fruits of their tireless labors yielded literally unbelievable results, when they were given a dime and built a castle.

This deserves reflection and recognition, which is why we at the Global Landscapes Forum are honoring such leaders and agents of change in our annual 16 Women Restoring the Earth campaign. This list raises up women from across five continents, three generations and all sectors who are using their efforts, resources, relationships, and willfully-built selves to help piece together a better reality – and future reality – for everyone else too.

This is our third year publishing 16 Women Restoring the Earth (see here 2020 and 2021), and in each iteration, it has been an immense privilege to learn about the lives of such extraordinary women and to work with them on creating and sharing this feature.

In this year’s list, we have a Grammy-nominated artist and musician who documents the hardships and joys of womanhood in Africa through song; a Pulitzer Prize–winning politician who helped negotiate relationships between major global powers while raising children; a young Indian activist who filed a lawsuit against her government at the age of 9 for not doing enough to protect her future from climate change; a scientist who has tracked the Amazon’s greenhouse gas emissions for decades so that we can know the state of the world’s most important forest; and a philanthropist who is courageously finding new ways to channel funds to local communities, to name just a few.

The phrase “restoring the Earth,” as one might notice, is used in the broadest sense, to encompass the multitudinous ways women are using their minds, bodies, time and gifts to reinstate harmony on this planet. The common thread between the women we’ve featured is their level of integrity, determination, resilience and humor.

The mission of the Global Landscapes Forum, in essence, is to help usher in a new relationship between communities and ecosystems in order to achieve the Sustainable Development Goals. The women we choose for our 16 Women Restoring the Earth campaigns have all been involved in our organization in some form or fashion during of our nine years of existence, whether they’ve spoken at one of our events, supported us through partnerships, or simply believed in our mission and played an active part of our global community.

It’s a difficult selection process each year, but one filled with gratitude for the contributions so many women have made to helping build our treehouse, so to speak.

This campaign, then, is a means by which to gently remind ourselves of the many forms of inequality that exist on this planet, some of which can be numerically quantified but many only told through words, stories and life experiences. It is to put forward a group of diverse role models that anyone can look to and think, “If she can do it, so can I.” It is a collection of light in challenging times to celebrate the many reasons for optimism and hope that still exist.

Most of all, we hope it serves as a pause, a moment for you to think of what it is you’re building and how you are contributing to the restoration of our Earth, whatever that means to you.