By May Sabe Phyu Reprint | | 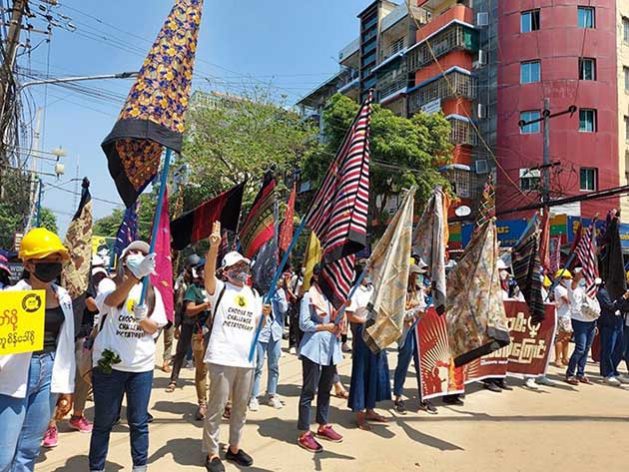 NEW YORK, Mar 2 2022 (IPS) - This will be the second International Women’s Day since the brutal coup erupted in Myanmar – and women remain fiercely in the lead in demanding justice and peace in the streets and behind closed doors.

With this complete upheaval, combined with the COVID-19 pandemic, we are in the midst of a set of complex emergencies. The world watched in horror, but as usual, the situation quickly faded from the headlines, the public conscious, and policy priorities.

Under these circumstances, the people of Myanmar have held steadfast. With the onset of the coup, people expressed their dissent and opposition against the seizure of political power. Everyday sheroes and heroes shunned the security of their secure jobs and pensions to join the Civil Disobedience Movement.

Myanmar has seen protracted civil war for 70 years, but what makes this time difference is the scope of the conflicts. There are new armed clashes across the country with local forces standing up to defend their lives and their communities.

Meanwhile, old conflicts have also re-emerged due to the military’s crackdown of the pro-democracy movement. There is widespread violence against the civilian population and on humanitarian workers. The junta has committed atrocities., prompting the UN General Assembly to declare the army’s actions as crimes against humanity.

In addition to some public protests, social media and digital campaigns are sharing women’s stories of discrimination. Any act of resistance under the military rule brings risk, but we will not be silenced. 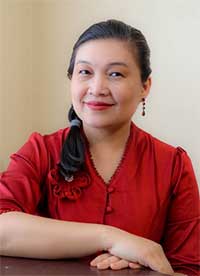 Women account for more than half of those participating in the protests and aid response, and they face heightened risks for violence and more. Women peacebuilders and girls in the community face gender-based violence without warning, and we must protect them from these risks before and after they develop.

Women often need to flee without notice, but the current system does not meet their specific needs. We would like to develop a special fund for women who are forced to leave their communities abruptly.

More than the very real threats of physical violence, NGOs and civil society organizations face other challenges that block the assistance they aim to provide – many organizations cannot access their funds and are unable to formally register their organizations because the Central Bank of Myanmar is controlling the foreign money coming into the country.

Despite these hurdles in all directions and threats to themselves and their families, first responders continue to jump into the fray, scrambling to find resources necessary for their work.

Even after many countries condemned the SAC’s egregious acts against their own people, we have seen little concrete action or improvement in the situation. It feels like many in the international community are overwhelmed and therefore paralyzed, but international solidarity and pressure makes a difference at all levels and is needed more than ever.

We appeal for leaders to listen to the people on the ground and to be willing to support for women’s human rights organizations with the creativity and flexibility that is necessary to meet our specific and changing needs.

The United States has tools at their disposal to support the people of Myanmar and bring accountability to those committing atrocities – and one in particular that could move the needle:

The Burma Act is an important piece of legislation that provides urgently-needed resources to civil society, pro-democracy organizations, and humanitarian agencies. It also calls for the United States to exert pressure on the UN to take decisive actions on Burma.

The Burma Act also outlines the unconditional release of all political prisoners and prisoners of conscience in Myanmar. The Burma Act is very much in line with what the people of Myanmar have been calling for. I and my fellow activists urge Congress to pass this legislation urgently.

The Burma Act would be a vital step, but it’s one of many we need to see real and lasting progress: The United Nations, the international community, and leaders must do all in their power to support the women-led movement for peace and democracy in Myanmar.

Activists – with women at the forefront – continue to bravely flash the three-finger salute, wave the sarong flags, and tell their stories. The international community must match their bold acts to make sure their insistent dream of democracy, human rights, and peace can be realized.