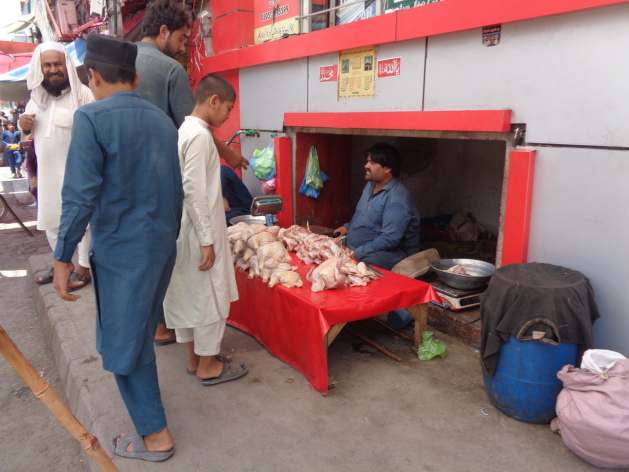 PESHAWAR, Jun 23 2022 (IPS) - “We came here in 1979 after Russia’s invasion of Afghanistan. My children and grandchildren have grown up here and they don’t want to go back to that war-ravaged country. I go there occasionally to mourn the deaths of near and dear ones,” says Muhammad Jabbar, 67, a former resident of Kabul, capital of Afghanistan.

This South Asian nation is home to 1.3 million registered refugees and more than double this number of unregistered ones who have fled neighbouring Afghanistan
Jabbar, who sells dry fruits in Muhajir Bazaar (known as the ‘refugees market’), in Peshawar, the capital of Khyber Pakhtunkhwa, one of Pakistan’s four provinces, said that he hadn’t been able to convince his family members to visit their country due to the endless violence.

The latest in that series of events was the takeover by Taliban militants in August 2021, which has further heightened Jabbar’s fears that even he may no longer be able to visit his native land. At the same time he acknowledges that Pakistan is now the family’s home and calls the local people ‘friendly’.

This South Asian nation is home to 1.3 million registered refugees and more than double this number of unregistered ones who have fled neighbouring Afghanistan. Most of them run small businesses or do petty jobs and send remittances to their family members who remain across the border.

A vegetable seller in the same market, Hayat Shah, says business is so good that he and his family never think of returning. “We are very happy as here we live in peace and earn money for our survival. In Afghanistan, people are faced with an extremely hard economic situation. My two sons and a daughter study here in a local school,” says Shah, 49.

“We arrived in Peshawar in early 1992 when our home was bombed by unknown people. My parents and two brothers died,” he adds. 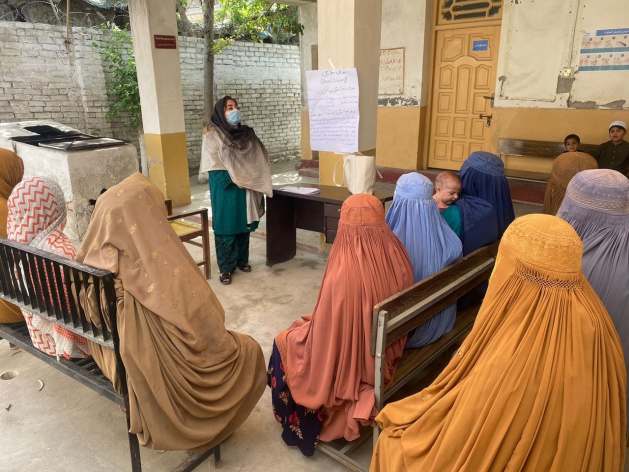 Shah and his family live in Baghlan Camp in Peshawar, one of 3,500 refugee families in the camp (though UNHCR now calls camps ‘refugee villages’). There are 54 refugee camps across Pakistan — 43 in Khyber Pakhtunkhwa province — housing 32 per cent of refugees. More than two-thirds of refugees live in urban areas, where they are legally permitted to work, according to UNHCR.

Most Afghans interviewed by IPS in the market, said they feel that Pakistan is now home. Ninety percent of merchants in the sprawling market are Afghan businessmen, who run clothing, fish, meat and fruit and vegetable shops. “Refugees bazar is bustling with Afghan women and men buying all sorts of stuff,” says fruit seller Ghafoor Shah. “This market is no different from any market in Afghanistan, where women clad in burkas can be seen shopping,” he adds.

Sultana, 51, says they visit the bazaar frequently to do bulk shopping for the Islamic festival Eidul Fitre, marriage ceremonies and other holidays. “We can find all type of articles we need in accordance with Afghan traditions. Us women can talk to Afghan shopkeepers and tailors easily in our own languages compared to Pakistanis, with whom conversation is difficult.”

UNHCR spokesman for Pakistan Qaisar Khan Afridi told IPS that the arrival of new refugees after the Taliban took charge in Kabul has created major issues.

“Over, 250,000 Afghans have reached here in the last 18 months — that’s just the registered refugees. The UN refugee agency is in talks with the host government to seek a solution to the problem of these people who aren’t registered in Pakistan yet,” he says adding, “Pakistan isn’t accepting new refugees,” he adds.

The UNHCR’s voluntary repatriation programme for refugees to Afghanistan has come to almost a complete halt. Only 185 families have returned since January this year, with each getting US$250 as assistance. About 4.4 million refugees have been repatriated since 2002.

Muhammad Hashim, a reporter for Shamshad TV channel in Jalalabad, told IPS that the Taliban aren’t allowing journalists to work freely and suspect anyone who was employed during the former government’s tenure. “I came with my wife and two daughters to Pakistan using back routes and now we’re trying to seek asylum in the US or any European country. Going back is out of the question,” he told IPS, awaiting registration outside UNHCR’s office in Peshawar.

Hashim, 41, says he survived a murder attempt a day before his departure for Pakistan and left so quickly that his belongings remain in Afghanistan.

Women journalists are sitting at home, he adds. Fearing prosecution by Taliban, hundreds of people who worked in the police or in offices under the former Afghan government have also rushed to Pakistan, he says. “Violence and lack of jobs, education and health facilities are haunting the people.”

Schoolteacher Mushtari Begum, 39, is among the fresh refugees. “I did a masters in computer science from Kabul University and used to teach in a private girls school for eight years. Now, the women’s schools have been shut down and teachers and students are sitting in their homes,” says Begum, a mother of two. “We live with relatives in Peshawar temporarily and have run of money,” she added.

On 12 June the Pakistan government approved a policy under which transit visas will be issued to Afghan asylum seekers to enable them to travel to any country of their choice. At the same time, the federal cabinet said that Pakistan has always welcomed refugees and would continue to host them in their trying times.

Gul Rahim, who drives a taxi in Nowshera district near Peshawar, says he arrived here in 2002 and has been lucky to educate his two sons. “Pakistan has proved a blessing for me. In Afghanistan I wouldn’t have been able to raise my sons, who are now teaching at a refugee school and helping me financially.” 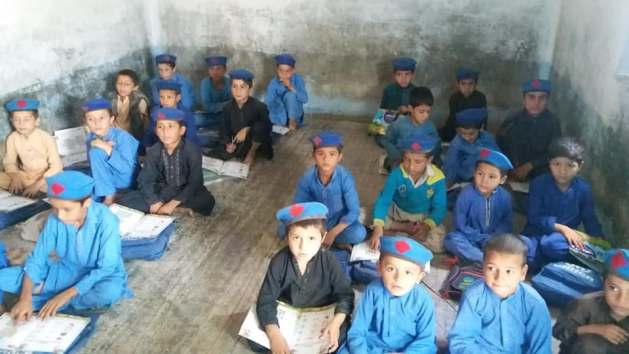 Fazal Ahmed, a local officer at the Afghan commissionerate in Peshawar, which oversees all refugee camps in the province, says they hold awareness sessions for refugees from time to time, on issues like violence and gender, health and education. “In over 30 refugee camps we also arrange skill development programmes, especially to enable women to earn their livelihoods.

“Sports activities are part of our programme, which we organize in collaboration with the UNHCR,” he says. Afghan students have also been admitted in Pakistani schools, universities and medical colleges, he adds.

However, all is not well. Many refugees complain of being harassed by police, a charge vehemently denied by authorities.

“We arrived here in February 2022 because of fear of reprisals by the Taliban. We have no documents because Pakistan isn’t registering new refugees and police often arrest us and release us only when we pay bribes,” says Usman Ali, who worked as a police constable in the former government in Kabul. Ali, 24, said his elder brother, a former army soldier, was killed by the Taliban in December 2021.

“To save my life, I rushed to Pakistan’s border in a passenger bus and ended up in Peshawar,” he adds.

Local government official Jehanzeb Khan tells IPS that Afghans are treated as guests. “There are isolated cases where Afghans are mistreated by local people but we take action when complaints are filed,” he says.

On Nasir Bagh Road, where Ali sells cosmetics goods from a hand cart, Police Officer Ahmad Nawaz told IPS that they arrest only those Afghans who are involved in crimes and are friendly towards innocent ones. “The Afghans commit robberies and even murders and go back to Afghanistan. We don’t harass Afghans (living here) because they are in trouble,” Nawaz adds.