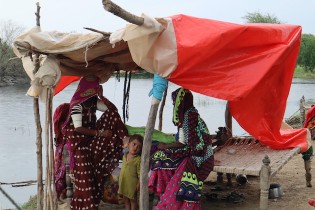 By Zulfiqar Kunbhar
At the southern end of Pakistan’s Sindh-Balochistan border near the Kirthar mountain range, Sindh’s Kachho desert has witnessed an unprecedented surge in the use of solar-powered tubewells for groundwater extraction in agriculture.

By Ashfaq Yusufzai
The Federally Administered Tribal Areas located on the Pakistan-Afghanistan border remain one of the most perilous places in the world to be a reporter, with journalists walking a razor’s edge of violence and censorship.
Next Page »
ADVERTISEMENT ADVERTISEMENT