His Zest For Mandarins Soured, Pakistani Producer Turns To Mushrooms 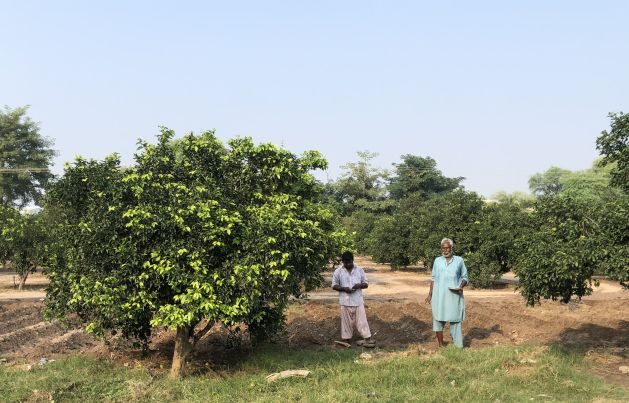 LAHORE, Pakistan, Oct 11 2022 (IPS) - The zesty citrus whiff from the rows of trees boasting unripe kinnow (mandarins) freshens the autumn air in late September. Two deeply tanned men clear the ground under and between the trees to plant vegetables.

Opposite the orchard, and divided by a narrow dirt path, are rows of small greenhouses cloaked in white plastic. Inside, plants from small to large, possibly the entire variety of citrus fruit grown in Pakistan – including the ambitious seedless and rouge varieties – stand in glory. It’s an experiment in growing environment-friendly oranges without fertilizers or pesticides on the expansive farm owned by Shahid Sultan, one of the country’s largest citrus processors and exporters, in Bhalwal, Sargodha district, Punjab province. 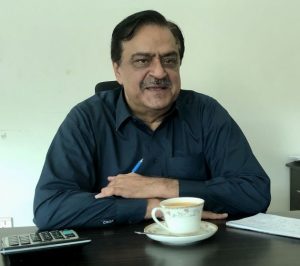 Sargodha is the land of the citrus in Pakistan. Most of the country’s oranges, grown over thousands of hectares of farmland and exported across the world, come from here. Sargodha is also the district where most kinnow, a sweet and tangy thirst quencher and a good source of vitamin C, are grown and processed. The fruit is the product of experimentation conducted in California way back in the 1950s.

Once considered Pakistan’s fabled export product, kinnow’s market abroad is in decline. The country exported roughly 177,000 tonnes of the fruit in 2022 as opposed to 455,000 tonnes in 2021, according to figures provided by the Sargodha Chamber of Commerce. Sultan has also soured on the fruit.

‘I will not export kinnow anymore’

“I have decided I will not export kinnow anymore. I will grow and, Inshallah, export mushrooms but not kinnow, says Sultan, director of the Zahid Kinnow Grading and Waxing Plant, during a visit to his orchard. “It’s impossible to control kinnow’s shelf life. By the time it reaches markets abroad, it has perished.”

Sultan has been exporting oranges since 1996. “Between 2004 and 2016, I was the top orange exporter in the country. I was the first to enter the Russian market,” he claims. He exported to Persian Gulf, Central Asian and Far Eastern states some 1,000-1,200 refrigerator containers full of fruit every season.

The market for mushrooms is growing rapidly in Pakistan, as Chinese and Thai foods, as well as pizzas, are becoming popular among food enthusiasts. Leading hotels and gourmet restaurants are the main buyers of the product, in canned as well as fresh form. Larger supermarkets are selling a variety of mushrooms but they are too pricey for the average person

Though agriculture experts cite climate change, rising power prices, shortage of water and outdated farming techniques as reasons for decline in the fruit’s quality, Sultan holds excessive use of fertilisers and pesticides as the only factor responsible. “We have used too many inorganic methods and products that have rendered the soil infertile.”

After incurring a loss of 80-100 million Pakistani rupees (US$36,000-46,000) in the last two years, the farmer is clear about his decision to switch from kinnow to mushrooms, reasoning that if China can grow and export mushrooms the world over, “so can I.” Launching production of mushrooms of the genus Agaricus, commonly called button or champagne mushrooms, is likely to cost $10 million. Sultan predicts the yield to be four times greater than the country’s consumption requirements. He is expecting his first crop to be ready by November this year.

Standing in the orchard it is hard to imagine the citrus-scented air replaced by the stink of compost and the rows of trees usurped by bunker-like ‘tunnels’ growing champagne mushrooms. Sultan has converted old cold storage rooms into the temperature and moisture-controlled spaces to raise the soft, round, white mushrooms. All processes will be carried out indoors on the company’s existing premises.

“My team and I have ensured that we are totally protected from the weather. The entire production – from spawn to compost to canning of the produce will be done under a controlled environment.” Brand new machinery required for his venture has been imported from China. The spotless machines await production.

The market for mushrooms is growing rapidly in Pakistan, as Chinese and Thai foods, as well as pizzas, are becoming popular among food enthusiasts. Leading hotels and gourmet restaurants are the main buyers of the product, in canned as well as fresh form. Larger supermarkets are selling a variety of mushrooms but they are too pricey for the average person.

Small farmers are growing and selling fresh mushrooms in local markets. The canned ones available in supermarkets are mostly imported from China.

With mushroom growing still in the inception stage, little technical knowledge and expertise is available to growers about commercial scale production and value chain development. They can either seek assistance from private companies involved in agriculture research and trade or approach international agencies that focus on hunger, malnutrition and poverty.

Having collected data on canning mushrooms from all over the world, Sultan decided to approach the Food and Agriculture Organization of the United Nations (FAO) to gain insight into best management practices for commercial production, improving business performance and developing market linkages for export. He was also eager to connect with international experts in commercial production and processing of mushrooms.

“Although it has been Zahid Kinnow’s own decision to venture into mushroom cultivation, the FAO may consider supporting the private sector enterprise by providing technical assistance,” says Asad Zahoor, FAO consultant. 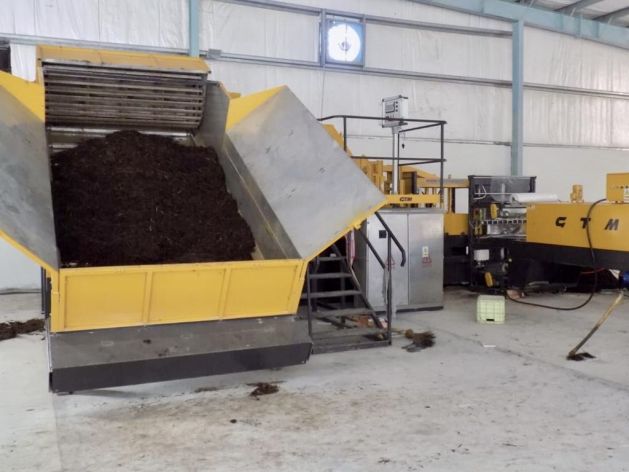 Zahoor told IPS that FAO, through its Hand in Hand Initiative (HiH), seeks to empower countries and their agricultural partners through data sharing and model-based analytics. Seeing reasonable potential for investment, the organization in Pakistan has decided to include mushroom in HiH as an emerging commodity that could add to the country’s export earnings.

Globally, HiH seeks to accelerate agricultural transformation, with the goal of eradicating poverty, ending hunger and malnutrition, and reducing inequalities. The initiative was supporting 52 countries in Africa, Asia, Europe, Latin America, and the Middle East as of May 2022.

The demand for canned mushrooms is rising fast in Pakistan. According to Karachi customs officials, in July 2021, 93,877 kg of canned mushrooms were imported from China via the sea route alone. That grew to 284,553 kg in June 2022.

In addition, the country imported nearly 17 million kg of fresh or chilled Agaricus mushrooms from China in 2021, according to International Trade Centre calculations based on figures provided by the Pakistan Bureau of Statistics.

Asif Ali, an agriculture expert associated with leading fertiliser manufacturer Engro Fertilisers, thinks that with the trend of consuming plant-based proteins increasing worldwide, investing in mushroom could capture the high value local and international export markets. “Mushrooms are considered to be a good source of protein and consumption is increasing among people at home and abroad,” he said in an interview.

Time will tell if Pakistan is well positioned to enter the international market for mushrooms. But, Sultan says, “I feel, with mushrooms, I have given birth to a new kid in town.”