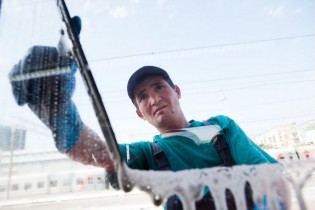 By Asel Kalybekova
Russia’s state-run oil giant Rosneft wants to purchase a majority stake in the state-controlled company that owns all of Kyrgyzstan’s civilian airports.

By Asel Kalybekova
A generation after independence from the Soviet Union, most villages in Kyrgyzstan are ramshackle, broken places, scenes of hopelessness and despair. Able young people leave – for Bishkek, the capital, or for menial jobs in Russia. But thanks to a secret gold mine, one little mountain hamlet is different.
ADVERTISEMENT ADVERTISEMENT