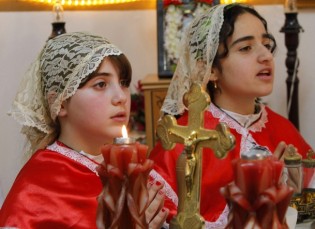 By Bishop Bawai Soro
For decades, the minority Christian population of Iraq has been suffering hardships. But in the summer months of 2014 - and since the beginning of the military campaign by ISIS (Islamic State in Iraq and al-Sham, also known as ISIL or Islamic State) - the situation has gone from bad to intolerably worse.
ADVERTISEMENT ADVERTISEMENT