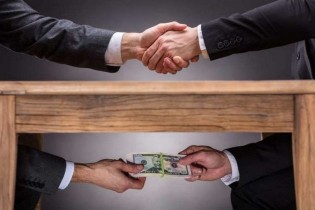 By Blair Glencorse and Sanjeeta Pant
The world has quickly transitioned from a global health crisis to a geopolitical one, as the war in Ukraine rages into its second month. But the Russian invasion of Ukraine is just the latest in a long list of challenges that at their heart are either caused by or exacerbated by corruption.
ADVERTISEMENT ADVERTISEMENT