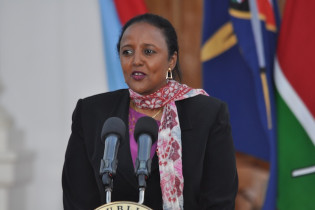 By Brian Ngugi
The wave of insecurity that has hit Kenya in the last few months is causing severe damage to the country's recovering economy, local economists have warned.

By Brian Ngugi
As Kenya gets ready for voter registration this month, ahead of the country’s Mar. 4, 2013 polls, women’s rights organisations are hoping that the provisions for gender equality in the new constitution will mean significantly increased representation in the government.

By Brian Ngugi
Everlyne Wanjiku, a single mother of five, has earned a living selling vegetables in the sprawling Kibera slum in Nairobi, Kenya, for over three decades. And even though her earnings were meagre, she was able to provide all her children with a tertiary education.
ADVERTISEMENT ADVERTISEMENT