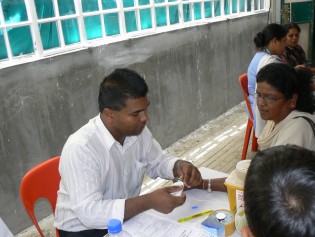 By Bruno Kappa
Although for different reasons, diabetes appears to be one of the few cases that put rich and poor societies at equal footing. In either case, diabetes is caused by wrong, dangerous to health nutritional habits.

By Bruno Kappa
In a time when the world's scientific community sounds louder, and stronger than ever, the alarm about the fast growing climate crisis and its destructive impacts, governments still plan to produce more than double the amount of fossil fuels in 2030.
ADVERTISEMENT ADVERTISEMENT