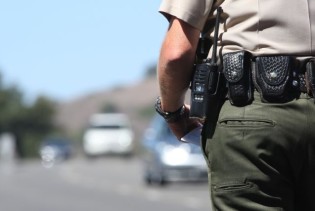 By Charlotte Silver
Challenges are mounting to a key U.S. immigration enforcement programme that requires local police to share the fingerprints of individuals they arrest, triggering a federal investigation into the immigration status of the detainee.

Food Safety Up Against Biotech Giants

By Charlotte Silver
As the 2012 Farm Bill continues to take shape in the halls of the United States Congress, the immense influence of corporate interests is on display.

When Europe Develops, and Israel Destroys

By Charlotte Silver
The European Commission has released a document that lists projects it funded that were destroyed or damaged by the Israel Defence Forces between May 2001 and October 2011.

Israel Faces an Army of the Ultra-Orthodox

By Charlotte Silver
The High Court of Justice in Israel has annulled the 2002 Tal Law that had allowed Yeshiva students - scholars of Jewish religious texts - to avoid an otherwise mandatory service in the Israeli army. While politicians on the left and right welcome the court’s decision, the Haredim community considers it an assault on their way of life.

By Charlotte Silver
Last March, a vicious crime occurred in the occupied Palestinian territories. Five members of an Israeli settler family were slain in their home in Itamar, a settlement in the northern West Bank. A mother, father, two young children and a three-month-old were all stabbed to death.
ADVERTISEMENT ADVERTISEMENT