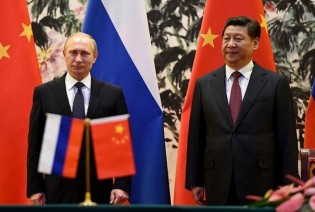 By Chris Rickleton
Relative to other Central Asian states, Kyrgyzstan has a fairly free and perennially noisy domestic media scene. Even so, Kyrgyz outlets tend to be no match for Russian state-controlled media when it comes to establishing narratives for current events.

By Chris Rickleton
The Year of the Snake has been full of unpleasant surprises for Chinese living in Kyrgyzstan. Against a backdrop of rising economic nationalism and weak law enforcement, Chinese migrants complain they’re being targeted for robberies and extortion, especially by law-enforcement officers who are supposed to protect them.

By Chris Rickleton
Almost five years ago, as his village in northern Kyrgyzstan endured daily power outages, rays of light always emitted from Sabyr Kurmanov’s garage. They came from his egg incubator, a 12-volt contraption powered by something he and his neighbours have in abundance – wind.

By Chris Rickleton
With Westerners now leery of investing in Kyrgyzstan, it is perhaps inevitable that officials in Bishkek turn to China as they try to attract capital for infrastructure development.

By Chris Rickleton
China is financing the construction of Kyrgyzstan’s first major oil refinery, and excitement is building in Bishkek that the facility could enable the Central Asian nation to break Russia’s fuel-supply monopoly.

By Chris Rickleton
A surge of economic nationalism is making life uncomfortable for Chinese companies working in Kyrgyzstan.

Distrust in Kyrgyz Police Means Privatisation of Law and Order

By Chris Rickleton
One morning last year in Bishkek, Kyrgyzstan, Dilnoza awoke to find her brand-new Toyota Corolla missing. She knew immediately whom to call, and it wasn’t her local police precinct.

By Chris Rickleton
When nationalist MP Kamchybek Tashiev led his supporters over a fence surrounding parliament in early October, both foreign and local executives working in Kyrgyzstan’s mining industry braced for the worst.

KYRGYZSTAN: China Expanding Influence, One Student at a Time

By Chris Rickleton
Among its Central Asian neighbours, China these days is more often feared than loved. This attitude is perhaps most apparent in Kyrgyzstan, where despite an overwhelming dependence on Chinese imports, Chinese-owned malls and mining pits have been the subject of attacks in recent years; nationalist editorials in the local press play on fears of the Middle Kingdom.
ADVERTISEMENT ADVERTISEMENT