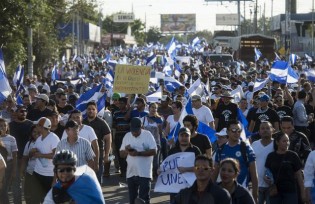 By Edwin Huizing
Just 40 years after the Sandinistas overthrew the Somoza dictatorship, a severe crisis grips Nicaragua. Most Nicaraguans want nothing more than to see President Daniel Ortega, who has been in office now for eleven years, disappear from the political scene.  Hivos, headquartered in The Hague, believes the Netherlands should use its membership in the UN Security Council to prevent a civil war and bring about a peaceful transition.
ADVERTISEMENT ADVERTISEMENT