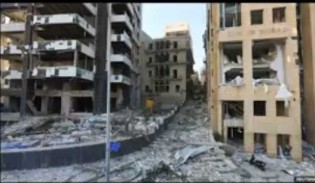 Anger and Sadness in Beirut

By Eliane Eid
Eliane Eid, IPS correspondent in Beirut spoke to a cross section of people who shared their views and fears with her. On the third day of the deadly explosion, amidst an outpouring of anger from the Lebanese people, Angelina, 18, speaks about her lost home in the Mar Mikhael area. Josette, 27, talks about her experience of the explosion while she was on the road and Charbel, 28, shares his thoughts about being a volunteer at this critical time. They are all numb and speak calmly of how their lives were turned upside down, with this tragedy affecting thousands of people.