Stories written by Farideh Farhi
Farideh Farhi is an independent scholar and affiliate graduate faculty member of political science at the University of Hawai’i at Manoa. Her publications include ‘States and Urban-Based Revolutions in Iran and Nicaragua’. She lived and worked in Iran for most of the 1990s and writes frequently about Iranian politics and foreign policy. 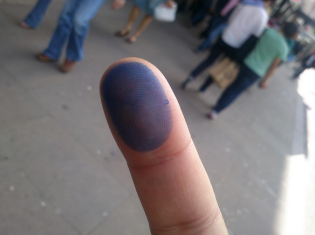 By Farideh Farhi
The decision by the reformist candidate Mohammadreza Aref to withdraw his candidacy - and in effect open the path for the centrist Hassan Rowhani to become the unified candidate of both the centrists and reformists - is an important development in Iranian politics.

Iran Debates Talking with the U.S.

By Farideh Farhi
As the Iranian leadership prepares to engage in negotiations with the five permanent members of the U.N. Security Council plus Germany (P5+1) over the fate of its nuclear programme, the conversation inside Iran has moved beyond the nuclear issue, and now includes a debate about the utility of engaging in direct talks - even relations - with the United States.

OP-ED: Some Thoughts on the Nonaligned Movement Summit in Tehran

By Farideh Farhi
It must be considered pure fortuity for the Islamic Republic of Iran that the decision to hold the Nonaligned Movement (NAM) summit in Tehran was made three years ago in Sharm El-Sheikh, Egypt.

OP-ED: What to Make of the Latest Iranian-Turkish Row

By Farideh Farhi
Turkish-Iranian relations have been rocky since the deepening of the Syrian imbroglio, but the latest row suggests a new low.

By Farideh Farhi
Amid intensified factional fighting among conservatives who dominate the presidency, the parliament, and the office of the Islamic Republic's Leader, Ayatollah Ali Khamenei, an appeal for national reconciliation and forgiveness by a former reformist president is making a major splash in Iran's political discourse.

By Farideh Farhi
The very public disagreement between Iran's Leader, Ayatollah Ali Khamenei, and President Mahmoud Ahmadinejad over the sacking of the intelligence minister, Heydar Moslehi, is turning out to be a losing game for both sides.

By Farideh Farhi
President Mahmoud Ahmadinejad's confrontational approach towards the Iranian parliament could turn into a wider systemic crisis and is provoking appeals for a much more resolute intervention by Supreme Leader Ayatollah Ali Khamenei.

By Farideh Farhi
Ongoing factional disputes and mounting international sanctions have ignited heated debates among Iran's elites about another critical period in the country's post- revolutionary history - the 1980-88 Iran-Iraq War.

Talk of a Nuclear Deal Gains Steam in Iran

By Farideh Farhi
President Mahmoud Ahmadinejad's return to Tehran after attending the Nuclear Non-Proliferation Treaty (NPT) review meeting at U.N. headquarters has been received with the usual bombast by the conservative and hard-line media in Iran, which declared him victorious and an indispensable global leader.

By Farideh Farhi
Iran's 347-billion-dollar budget for the 2010-11 fiscal year, finally approved by the Guardian Council in Tehran Tuesday - just days before its scheduled implementation on the Iranian New Year Mar. 21 - appears likely to add to the tensions and uncertainty that have bedeviled the country since the disputed June 2009 elections.

By Farideh Farhi
After eight tumultuous months, during which attention from all sides of Iran's political spectrum as well as anxious watchers around the world focused on a series of street clashes between protesters and the government's security forces, an eerie calm has taken hold in Iran.

IRAN: Is a Ceasefire in the Making?

By Farideh Farhi
As Iran nervously awaits the 31st anniversary of the Islamic Revolution on Feb. 11 - the day that has traditionally drawn the largest public demonstrations - a subtle change in public discourse can be detected.

By Farideh Farhi
The confrontation that took place in the streets of several large cities in Iran on the occasion of Ashura has brought the acrimonious political fight among the Islamic Republic's elite into focus in significantly different ways than before.

By Farideh Farhi
Although the tumult that has gripped Iran since the contested Jun. 12 election has never abated, two recent occurrences have highlighted the further sharpening of internal conflict and the government's inability to restore stability in the face of creative ways the opposition has learned to use the symbols of the Islamic Republic in order to sustain itself.

By Farideh Farhi
With the confirmation of his re-election by Ayatollah Khamenei and his oath of office taken, Mahmoud Ahmadinejad will begin his second term facing much steeper challenges than any of Iran’s previous second-term presidents.
Next Page »
ADVERTISEMENT ADVERTISEMENT