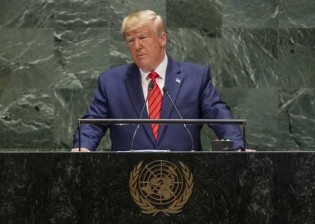 By H.L.D. Mahindapala
The history of terrorism in Sri Lanka reveals a clear pattern. The first to take up arms in the post-Independent era were the misguided Sinhala youth. They were educated youth desperately running in search of a quick solution to establish their classless paradise. Their violence did not take them anywhere.

OPINION: U.S. Blames Victims of its own Failed Foreign Policies

By H.L.D. Mahindapala
The events unraveling in the Middle East have proved that the vaunted “Arab Spring” has turned into a searing summer of wildfires exploding unpredictably in diverse Islamic fronts without competent firemen to hose down the unmanageable conflagration.
ADVERTISEMENT ADVERTISEMENT